Turtles All The Way Down & Mental Illness Representation In Books 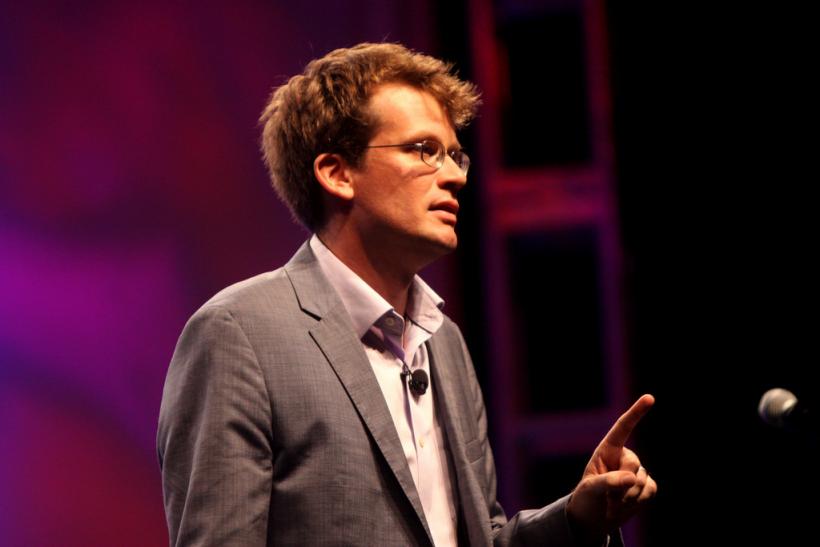 On October 10, John Green will release his first work of fiction in 6 years, Turtles All The Way Down. The book features 16 year old Aza Holmes, a young girl with OCD who sets out to solve a mystery true to her not-so-subtle last name. Yes, I cried when I first heard about it. And I cried again listening to John read the first chapter of the book on his YouTube channel. Protagonists with OCD are few and far between in the world of books, a world that has served as refuge for my own obsessive compulsive mind countless times.

As a kid, I was lucky enough to be raised by parents who saw diversity and representation as practical necessities for young kids learning to think and feel and extend empathy toward others. I grew up with a sizable library filled with voices from all over the world. I had books featuring kids with physical disabilities and kids who spoke different languages. I had books from every major period in American history from every possible perspective.

What I never had, though, were books about kids with mental illnesses.

I think people are afraid to write about kids with mental illness. It's hard to see anyone suffer with an illness we can't immediately "fix," and even harder when the people suffering are also children. Books featuring melancholic or neurotic characters were easy to find, but the melancholy and neuroses always stopped at their logical limits. Beyond serving as a quirky bit of comedic relief for a sidekick (Ron Weasley is scared of spiders and being chased by giant baby tarantulas! How funny!), anxiety was seldom shown in its most severe, debilitating form. Obsessions and compulsions were out of the question.

So you can imagine my excitement upon hearing about Turtles All The Way Down. Better yet, John himself lives with OCD. He’s one of the reasons I write about mental illness in the first place. Hearing the first chapter was at once a sharp pang of familiarity and a long exhale of relief. The inside of Aza’s mind sounds so much like mine. Her spirals are frighteningly realistic and wildly underrepresented in all discussions of OCD — not just in fiction.

An obsessive spiral is largely invisible, with no quirky Monk-like hand washing to ground it in reality. The hand washing stuff — the compulsion — comes later. Compulsions live at the center of some spirals, insidious rituals promising relief from the ever-spinning, always racing stream of thoughts that move across your mind over and over and over again. If you do the thing (cleaning, checking, etc.), the thoughts will go away. But they always come back. That's how spirals work.

When I first heard that John was writing about OCD, I was worried that the book would turn out to be yet another shallow depiction of hygiene compulsions and social awkwardness. Hollywood has taught me to see even the most well-meaning of mental illness narratives as a potential source for stereotype and misinformation. I feared that John’s book would fall into this trap — even though he lives with OCD — because I struggled to see the opportunity for commercial success in a book that truly represented how OCD feels. I worried that editors and publishers (again, with the very best of intentions) would stamp out the mundane realities of OCD. The disorder is quite literally founded on repetition — not super thrilling fodder for a YA mystery novel.

But in listening to the first chapter, I felt those fears melt away. John seems to be doing something much better than what I had in mind. He’s not just writing a book about a girl with OCD — he’s writing a book that has a girl with OCD as his main character. The distinction is important. It creates a complex story rather than a mere spectacle.

It doesn't just show someone with OCD — it asks readers to be empathetic, to move through the realities of trying to live a full life while also having an anxious cyclone for a brain.

Turtles All The Way Down feels like a promising step in the right direction. Its first chapter doesn't fear the inconveniences to conventional narrative progression that OCD presents; it embraces them instead.

One of the hardest parts about explaining OCD to other people is that I don’t know what it’s like to not have it. There are parts of it that I easily recognize as harmful or dysfunctional, but it’s also just how I tend to move through the world. Thought spirals are terrible and terrifying, but they’re also the same neurological pathways I use when writing, talking, living, breathing. My brain often feels like it’s trying to spin thirty dinner plates in the palm of one hand.

It’s terrible for day-to-day living, but it seems like just the sort of machine optimized for a mystery.

Of course, OCD is no monolith. Everyone experiences it in different ways, but still, it’s often portrayed through a singular, narrow narrative. The hand-scrubbing neurotic whose compulsions are more important as inconveniences to other characters than as core facets of his human experience (and the “he” is important — OCD is portrayed as overwhelmingly male in mainstream media).

I’m excited to see what a different sort of story looks like. I’m overjoyed to already feel the ways it echoes my own. I hope that years from now, Turtles All The Way Down will be one of many books featuring young protagonists living with chronic mental illnesses. Who knows? Maybe I’ll write one of my own some day.

#OCDame is a weekly-ish column about chronic mental illness by Jenni Berrett. While she’s no doctor or counselor by any means, she does have extensive experience in being batshit crazy — which she doesn't think is as bad a thing as the world would lead you to believe. Each week she puts that ongoing experience to good use by writing things that have been stuck inside her heart for too long in the hopes that they will help unstick somebody else’s heart, too.