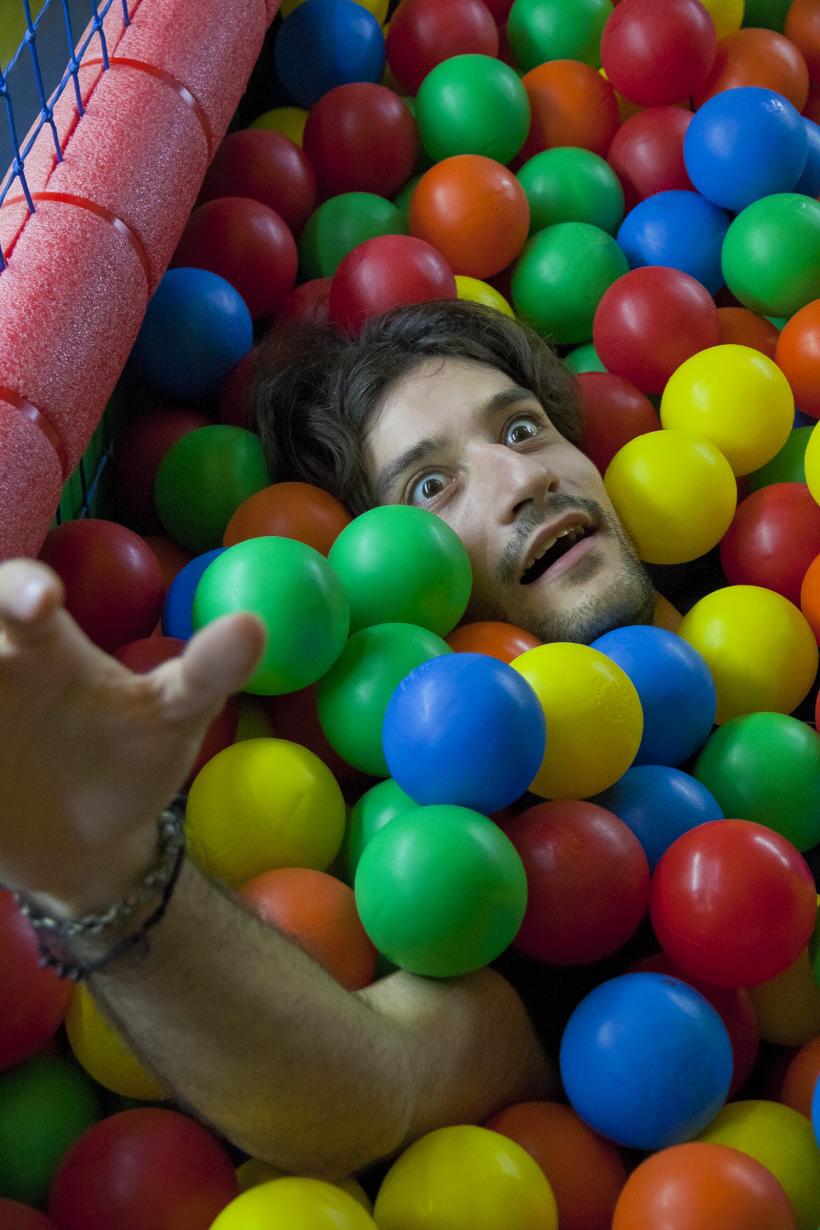 Quick – what’s the weirdest place you’ve ever done it?

Bet our frisky friends in Long Island have you beat. Things got seriously kray kray in a Krazy Kidz (an extended version of McDonald's play center, seriously) during a “Jungle Gym & Pajama All-Night Dance Party” in Medford, NY.

BLEEEeeEEEP! That’s your bullsh*t detector saying, “um that was a sex party.” Correct!

Local parents flipped the hell out when pictures of naked people prancing about the precious playpens surfaced. (Social media ruins all the fun). According to Krazy Kidz, they had no idea a bunch of pantless deviants would be sullying the slides – they argue a different company rented out the venue for the night of "Jell-O wrestling and pillow fighting." Those are some of the best euphemisms for knockin' boots we've ever heard.

Apparently the flesh bash was posted on Meetup.com, advertised as a "Jungle Gym & Pajama All-Night Dance Party: For Grown Ups Who Won’t Grow Up."

Is your bullsh*t detector going off again?

Because this is 2014, parents obviously blew up Facebook with Krazy Kids still insisting naughty naked bits amid rainbow-ed plastic is all good:

In order to help meet regular expenses the facility was rented to a private group for a benefit costume party. The photo in question actually shows a person in the background wearing a body stocking Eve costume. This event was no different that an ordinary Halloween party that you would hold at your home. –February 4 Facebook comment

The public outcry has remained so extreme however – even garnering national news on CBS – Krazy Kids began to grovel following 634 comments in just one afternoon:

The staff at Krazy Kidz continues to apologize for the obvious lack of judgment that has resulted in everyone's concerns and comments.  To further restore the public's trust we are closed today for an additional cleaning and sanitizing and will reopen on Wednesday Feb 5th.

Too bad there ain't no spray on earth that can wash away those visuals...

While most parentals were just downright disturbed –  "My daughter has gone here for the last 4 months. And now to think she might be playing in a puddle of c*m," wrote Bob Grant. "She will never step foot in Krazy Kidz again." – other childless adults were more alarmed about the nudies' health: “Kids are filthy,” one male Facebook user claimed. “I would demand that the place be cleaned BEFORE I got naked in the ball pit.”

Meanwhile, here's some helpful advice for upset parents: just avoid every possible place that may be tainted with naked people germs. This includes:

Maybe we should all invest in those bubbles that protect us from every pesky bacteria on earth – easy peasy lemon squeezy!