The Biggest Threat to Italian Marriages (Hint: it’s not Spaghetti or Gays) 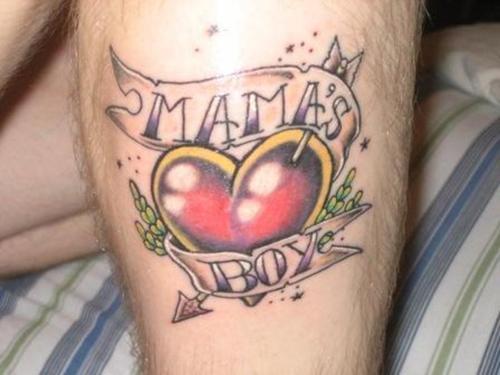 Got a little joke for you:

What does a mother-in-law call her broom? Basic transportation.

Yup, people love to hate their in-laws but Italy just took things a step further. In fact they took a whole damn staircase down to Crazytown when the Catholic Church announced that mama’s boys were the biggest threat to marriages in Italy. They call it “mammismo” and it’s tearing down Italy like a passive aggressive, lasagna-wielding Godzilla.

And no, this ain't on The Onion – this sh*t is real. Italian wives clinked their collective flutes of Prosecco in a celebratory toast of when Cardinal Angelo Bagnasco (archbishop of Genoa and Italy’s president of bishops) stated:

Marriage has to be an act of free will and awareness. When you rely totally on your parents for every step, a spouse does not know what to do or not to do because he's constantly seeking the consensus of a third person.

Don’t think for a second that it’s just Chatty Cathy-lics looking for some press – just see what Gian Ettore Gassani (president of the Italian matrimonial lawyers’ association) had to say on the subject:

Many women separate because of their mother-in-law and the immature behavior of their husbands who depend totally on their mothers – a really disturbing element in the couple's relationship. They wind up their spouse with lines like 'Mamma irons better than you, she makes ragu sauce better than you'. This shows an absolute dependence on their mother.

Mammismo is like, a big deal. Italian men are huge mama’s boys from cradle to grave (it’s cool kids, I’m Italian – I can insult just them a little). Besides being an admittedly hilarious stereotype that evokes images of old women bossing around smokin’ hot 30-somethings, an excessive attachment to a parent really isn’t healthy. Hate to admit it, but Italy may have a point here. Their divorce rate is super low (third lowest behind Malta and Ireland), but statistics don’t capture unhappy marriages.

Think back to Psych 101. Remember batty old Sigmund Freud? He theorized that baby boys endured a stage called “Oedipus Complex” where they wished to possess their mothers and saw their fathers as competition for her affections. Hypothetically, boys eventually get over it.

Then there’s the Peter Pan complex. This revolves around a man (or woman really) living in a fantasy world where s/he refuses responsibilities and doesn’t expect to work hard for success (AKA, semi-delusional slackers). Can you imagine being married to a person like that? Yes, living in Italy might make up for some of it (helloooo Amalfi!) but seriously? This psychotic mom situation sucks! And once you add an overly involved MIL to the mix it seems like you’re doomed to bite your tongue and chug cabernet for the rest of your days.

Cleary this is a real issue. The fact that the Catholic Church had to make a statement about it is f*cking hilarious though. They basically said, “yeah, hi guys. Can we put on our big boy pants today?”

We’re just wondering – what were bedrooms across Italy like that night?

“I F*CKING TOLD YOU VITTORIO!”