Does a Vagina Make a Woman? 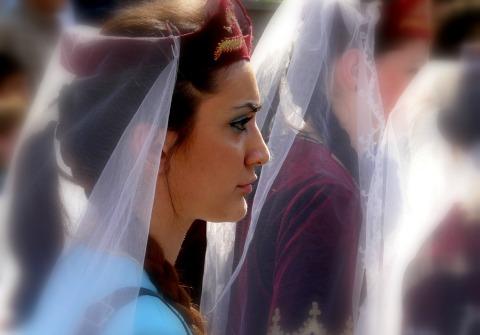 How many times have you sat with your girlfriends and whined about your period? Nothing like mutual pain and embarrassing blood stains to create everlasting bonds! We claim to hate that 'ol b*tch Aunt Flow, but in a weird way we also appreciate her because it's something that unites women universally.

Ever heard of MRKH? Maybe not—it only affects 1 in every 4,500 newborn girls. This leaves girls with no vagina, cervix or uterus. Sometimes it isn't caught until much later. Today on xojane, one woman (who wished to remain anonymous) with MRKH bravely discussed the emotional affects of this condition. A limp piece of consolation she often hears is: "don't worry, you're still a 'real woman.'"

Yeah, it's totally sweet that doctors are concerned about hurting her feelings—but what's is a "real woman" anyway? A quick Google search of "real women" displays many sites, all of which focus on appearance.

Why are we trying to define a "real woman" anyway? And don't get us started on the whole male to female trans situation which bars women from this elusive palace of "real-dom" as well. It's widely known that there are substantial differences between the female and male brain. However, gay men's brains are far more similar to female brains. Yes, it is possible to feel that you were meant to be the opposite gender. What does this say for us?

What it says is this: We sell ourselves short when we limit womanhood to genitalia and body type.

Consider the thoughts of the MRKH author at xojane:

"In the past few years, I have stopped trying to be uber-female with the way I dress and behave and have just focused on just being a good human being."

If you like this article, please share it! Your clicks keep us alive!
Tags
vagina
clit
uterus
cervix
MRKH
real women
real women have
Love
acceptance