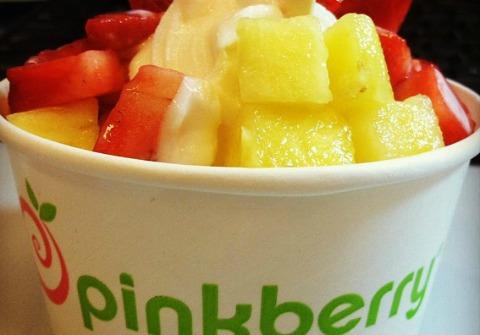 Back in 2011 Young Lee, the co-founder of popular frozen yogurt destination Pinkberry, was arrested for beating a homeless man (Donald Bolding) with a tire iron in Los Angeles. Apparently, Lee beat Bolding because he was offended by an X-rated tattoo Bolding displayed for Lee and his friends. Ummm, last time we checked, a dirty tattoo is reason to laugh, not maim. Lee broke Bolding’s arm and bashed his head before a witness separated the two. Today, Lee was sentenced to seven years in prison. Fortunately for your yogurt addiction, Lee is no longer associated with Pinkberry so we may continue to indulge in overpriced frozen confections with a clean conscience.

Happily, the court is taking Lee's crime seriously. We have this awful tendency to treat the homeless as sub-human. Some cities, like Columbia, South Carolina, outlaw homelessness altogether, which tranforms homelessness from a dire situation into a dire situation that's also crime. Citizens are encouraged to turn in the “outlaws.” What makes matters worse is that many homeless folk suffer from mental illnesses which make them unable to understand that they are indeed breaking the law.

Of the (estimated) 744,000 homeless in the US, approximately 250,000 (so, 34%) suffer from schizophrenia or manic-depressive illnesses (like bipolar disorder). That’s huge. To give you an idea, that’s just under the population of Santa Rosa, California. Right now, there are more people living in the streets with these severe psychiatric illnesses than in a hospital receiving care.

To make matters worse, violence on the streets is frighteningly common. It’s estimated that 44% of women and 34% of men have been the victims of brutal attacks since living on the streets. Yet, these numbers are probably much higher.

Our hope is that Lee will be an example: homeless people are people too. Get your ass to prison, Lee, and show others that it’s not okay to treat anyone like garbage.