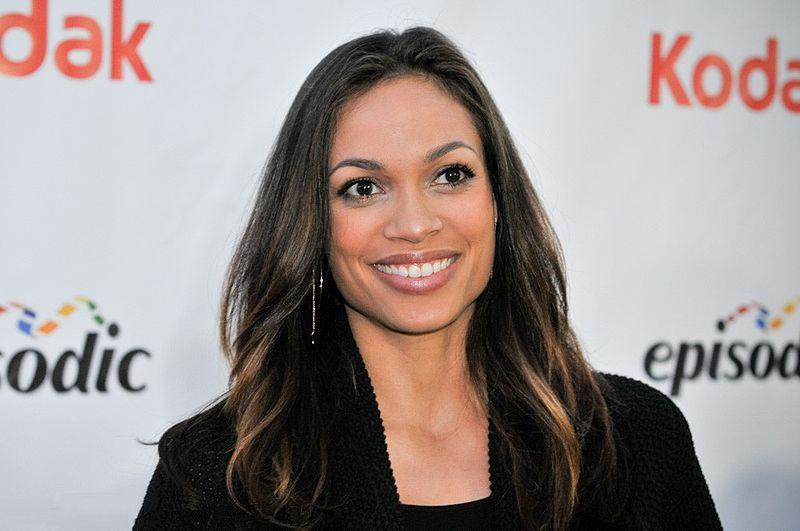 In whitewashed, guy-washed, youth-washed Hollywood, it's exceedingly difficult for an ethnic female to strike it big and maintain her career past the age of 30. This is why Rosario Dawson, a woman of Puerto Rican and Afro-Cuban descent who is not a teenager, is such a bad-ass revelation. And she's not afraid to speak frankly about the Big Three Biases—ageism, racism, sexism—she's had to blaze past on her way to stardom.

Let's marvel for a moment at the candid words she just shared with The Daily Beast:

I’ve somehow navigated my way through the maze of ageism, racism, sexism, and all the walls and blocks that exist there, because they do, and they exist for a reason. People like to tell their own stories and there’s a very specific demographic in Hollywood that gets to make those choices, but there are more and more voices that are coming into the fold that are getting more powerful, and the audience is changing, which is giving us an opportunity. It’s not that I haven’t seen that stuff come up, but it hasn’t deterred me.

Is your fist pumped and raised yet? It should be. Because Dawson's lament is entirely grounded in truth. Let's dive into some cold, hard facts about what she and others like her have to face in shimmering, star-making L.A.:

A study released this month revealed that women accounted for 30% of all speaking characters in films last year. As in, less than a third. Worse yet, they accounted for 15% of protagonists. 15%, you guys! 15%! I'll stop repeating this number but seriously...15%?!

A Journal of Management Inquiry report recently announced that women in Hollywood peak at the ripe old age of 34—incidentally, the age of Rosario Dawson (uh-oh!) After this, women's careers start hurtling downhill on the way to wrinkles and saggy body parts. Men, though, get to turn on the charm while reaping giant paychecks until they peak at the age of 51, nearly 20 years later.

Put another way, here are top actors who are currently between the ages of 50 and 52: Tom Cruise, George Clooney, Brad Pitt. Here are top actresses in that age range: Demi Moore, Jodie Foster, Helen Hunt. Who are we most likely to see on a marquee? Exactly.

A new study out of UCLA prompted the researcher to say, in a sadly duh moment, "Hollywood is woefully out of touch with an emerging America." In one representative year, 2011, minorities had lead roles in just under 11% of films, though they accounted for 36% of the population. To repeat: 11%!

There you have it: a quick and dirty rundown of Hollywood's trifecta of treacherous isms. While we're at it, let's add another to the list: masochism. Because the world has a whole lot of people who are ladies and/or ethnic and/or older than 30, and they go to movies, too! Successful minority women like Rosario should help Hollywood learn this lesson. Right?