Has your Relationship Plateaued? 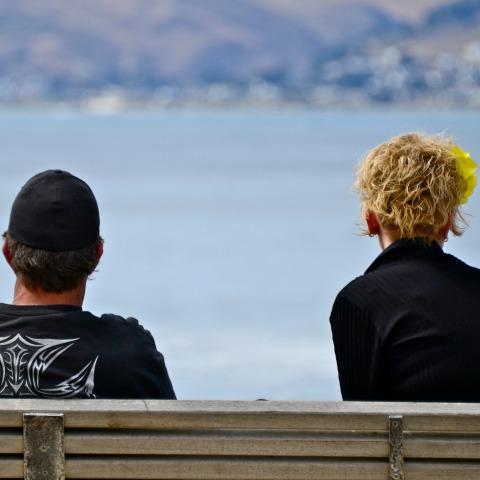 You know the feeling. For some of us, it creeps up slowly. One day, your boo is the apple of your eye. Then the next? Your other half seems to decrease in awesomeness exponentially on the daily. While it's normal to lose some of the excitement over long-term commitment and co-habitation (pubes on the soap will do that) it's also possible to reach the peak of your fuzzy feelings long before you "should."

Sound familiar? It may be time to ditch your relationship. Or not.

Like we said, the addictive rush of new love dwindles naturally, but you should at least still feel some flutter of excitement when you get an unexpected sext right? And you should look forward to your dates—even the (lameish) movie and pizza at home type of thing ...right? Eh. Apathy can creep in all over the place, but perhaps nothing is worse than mechanical sex... so you may even feel inclined to drink more around your boo in order to force some type of spark. Oh god.

Look, you can't just coerce your heart. Or hormones. It's not completely hopeless though.

So why try to salvage it if it all feels off? Let's head over to the science section.

Scientists of boot-knockin' (i.e. psychologists who study romantic love) theorize there's more to butterflies than vague—yet, sorta pleasurable—stomach pains. Psychologist Dorothy Tennov speculated that this feeling had a name, as well as an expiration date. Limerence, as she termed it, is characterized by emotional dependency, obsessive thoughts about your hunnybunnyshnookums, and of course, an insatiable hunger to have these feelings reciprocated.

This means that yup, you're more likely to overlook teensy deal breakers—like some floppy penis syndrome, a felony charge, compulsive lying, low I.Q., bad hair, etc.—and rationalize them. Of course, it's not your fault. You have a crazy hormone cocktail ravaging your brain! Still, limerence doesn't last forever. Most psychologists agree that it typically lasts between two to four years. And while some people mistake the absence of limerence as "falling out" of love, it isn't always about that. You may be perfect for each other, that brain, bush-rush has just faded a bit. You can still be together and more quietly drunk in love.

(But don't get us wrong. Being single is way better than being in a lackluster relationship. Hell, even a frequent booty call is better than a dull-as-Kansas commitment.) So properly assess your situation.