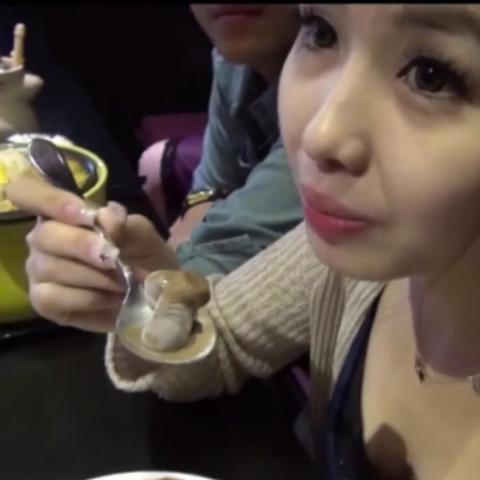 Love sex? Love food? We have the perfect place for you.

And yes, don't you fret, all the food got a pornographic upgrade too. A simple serving of piled rice? No no. That fluffy white rice is molded into the shape of a penis—which makes us wonder how they'd serve a banana.

Gross, hilarious or subversively female-empowering? There's a definite power shift when a woman nibbles on something phallic. It's like saying "it may be a man's world...but right now? I'm eating. your. dick." And what's with the bachelorette party dick obsession?! Dick crowns, dick streamers, dick pasta, dick pinatas—it's a bit weird. Can you imagine a bachelor party where they devoted the evening's festivities to pussy-wearing/eating activities?!

And you know what else?

Maybe this is the semi-crazy decade-long vegetarian in me talking, but I have to ask: isn't it kinda creepy to anything shaped like human body parts? Like, I can jive with a vaguely phallic cake for a lady's last night as a singleton—but a straight up veiny mold of chocolate pudding complete with a mushroom tip just screams Jeffrey Dahmer. Or, maybe a Ke$ha jam.

So yeah. Maybe Funny Sex won't ever become a weekly destination for anyone, but it's an experience for sure. It's doubtful little 'ol 'Merica could handle something like this, so you may as well take advantage of it if you find yourself in Kaohsiung.