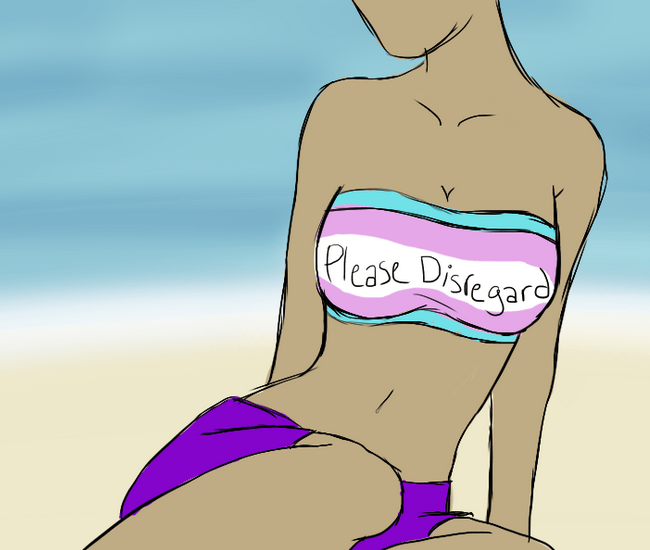 And while it's hard to deny that the Academy was actively trying to honor the LGBTQ community—and its rather harrowing history of alienation and discrimination—Jared Leto's acceptance speech largely ignored it, reinforcing that creeping feeling that this movie was less about shedding light on a shadowy subject than Leto using it as a vehicle for re-invigorating his career.

He thanks his mother—profusely—the whole "Dallas Buyers Club," the 36 million people who've lost the battle to AIDS and dedicates his speech "to those of who who have ever felt injustice because of who you or who you love, tonight I stand here in front of the world with you and for you."

Kind yes, diplomatic sure, but does he thank the "right" people, i.e. the transgender community? Meh. Not really. More confusing still is the salient question hanging unanswered in the air—why cast a straight, cisgender man to play a transgender woman? Is this film about enabling an actor to flex his acting prowess—what could be a bigger "stretch" for a heteronormative man's man than to play an uber feminine trans woman? Is this about overlooking trans actors to showcase a bigger name? Or is this anger really about the rare use of a transgender actor to play something other than someone who's transgender? For me, I feel as though this should be a two-way street, casting whoever can portray the part in the most moving, arresting way possible.

I don't think casting transgender actors as transgender characters helps level the societal playing field or advances a politically progressive agenda; in fact it feels like by casting people as "what they are" merely reinforces the notion that their gender is their defining element, rather than their innate talent or ability to carry the role.

I have no interest in watching a cis man in drag play a trans woman ever agian. No matter what Dallas Buyers Club does as a film, the narrative around this movie, the fact that a man in drag is playing a trans woman, perpetuates the stereotype that we are men in drag. —Jos Truitt, Feministing.

Truitt makes a point. For those Americans who remain confused about being transgender really means, casting Jared Leto as Rayon could maintain serious misconeptions about those suffering from gender dysphoria. This is not about fetishizing women's underwear or loving the way you look in a dress. This is about knowing—deep down in the cockles of your being—that you were born into the wrong body.

Dallas Buyers Club emerges at a pivotal point; transgender people are marginalized not only as societal anomalies but also remain underrepresented by our healthcare system. Currently only five states in the country mandate insurance coverage for treatment of transgender individuals—California, Colorado, Oregon, Vermont and Connecticut. Washington D.C. recently joined the fray about a month ago:

Today, the District takes a major step towards leveling the playing

field for individuals diagnosed with gender dysphoria. These residents should not have to pay exorbitant out-of-pocket expenses for medically necessary treatment when those without gender dysphoria do not. Today’s actions bring us closer to being One City that values and protects the health of all of our residents. — Mayor Vincent C. Gray

As the average cost of male-to-female surgery is about $20,000 including therapy, hormones and a bevy of doctors visits and lab tests, this newfound protection is as much about economic protection as it is about the acknowledgement of America's sexual diversity.

While there's no denying we've got a long (long) way to go, families like the one interviewed below by none other than Babs the brilliant, remind us the good fight is being fought every day. Here's hoping we win the final battle before the apocalypse.

If you like this article, please share it! Your clicks keep us alive!
Tags
Dallas Buyers Club
Transgender
gender dysphoria
Jared Leto
oscars
US healthcare