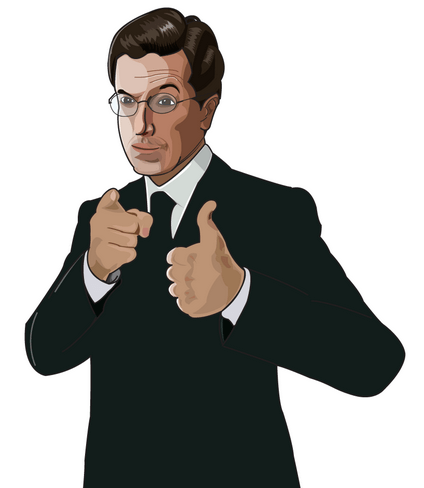 CBS just announced that everyone's favorite faux Republican—Stephen Colbert—will be stepping into David Letterman's shoes to take over The Late Show. Letterman has been flickering across our wee-hour screens for 21 years now, and we say it's about time the poor rich charming bastard should seek greener pastures...or whatever ex-icons get up to. Write? Direct? Paint watercolors a la Dubya?

Stephen is a multi-talented and respected host, writer, producer, satirist and comedian who blazes a trail of thought-provoking conversation, humor and innovation with everything he touches. He is a presence on every stage, with interests and notable accomplishments across a wide spectrum of entertainment, politics, publishing and music. We welcome Stephen to CBS with great pride and excitement, and look forward to introducing him to our network television viewers in late night. — Nina Tassler, Chairman of CBS Entertainment.

And while most of these things are hard to deny (Colbert took Jon Stewart's super successful schtick and poured his own special gasoline all over it), we're wondering if Colbert will continue his over-the-top caricature of the opaque, stuff-shirted, anti-progressive Republican who cleverly takes aim at Right Wing ignorance...or if he'll just act like himself.

And what does that even mean? The Colbert the world has fallen head over heels in love with is a semi-bumbling scathing satirist; but it's a character he's developed. Is he planning on continuing the joke behind the Late Night desk? (Often, I've felt annoyed that somebody amazing—from Jimmy Carter to Michael Chabon, Nate Silver to Jane Goodall—had agreed to come on the show to discuss a new book, idea, film, movement, etc., and then much of the interview would be squandered by Colbert's "bit" instead of trying to capitalize on the arguable genius sitting across from him.)

How will Colbert's faux-identity translate to an entertainment talk show? Even when addressing the President of the United States in the roast heard round the world, he never broke character.

Will he bring the same wince-inducing social commentary to bear on film, rock stars and actors? It seems that by definition, he can't. How do you talk about the inherent vapidity of celebrity worship or the pervertedly-high salaries these people receive ... and then have everyone welcome Sandra Bullock to the staaaaage!

Letterman never proffered a political agenda or acted as a source of "information"; he was merely an impossibly charming guy with a keen knack for chitchat.

In short, can we still love Colbert when he drops the act? And who will carry on Colbert's liberal torch? Will Jon Stewart be left to do the heavy-lifting, which he seems to resent anyway? (When backed into a corner to take responsibility for his political pundit routine and his perpetuation of leftist ideals, he typically cries out that he's a comedy show...he seems to have an aversion to standing for anything.)

We did some digging around, and the best out-of-character thing we could find was this short comedy bit on YouTube from an act Colbert did in Iraq. Stripped of his persona, he comes off as a...pretty good comedian. It's funny. It's fine. But it's also more than a little strange to see him as just, well, Stephen Colbert. Are we ready for the "real" man?

I'm hoping Colbert makes the leap to Late Night with aplomb and his real "self" is as appealing as his facade; I feel all giddy inside like I'm about to peer behind the curtain of the Great Wizard of Oz. But maybe there's just another curtain back there... or maybe he's like those stacking Russian Dolls, all clad in gray suits. 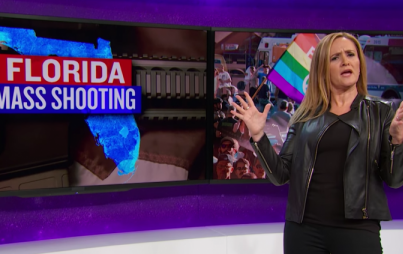 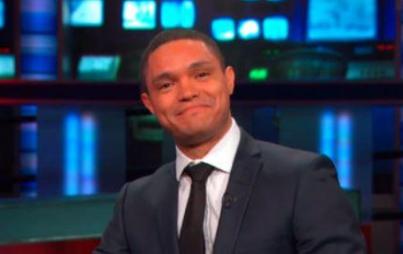 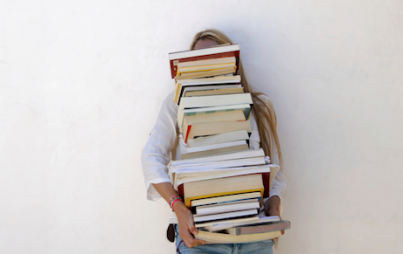 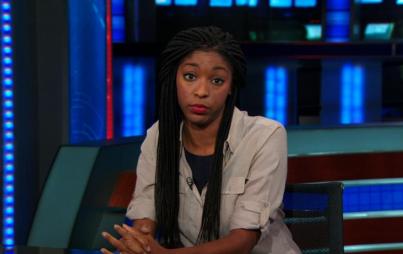 All The Reasons Jessica Williams Should Take Over The Daily Show 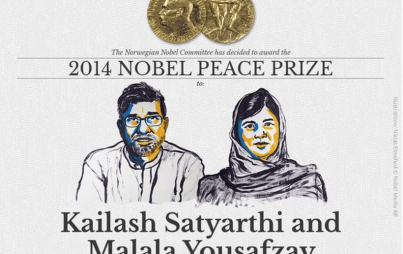 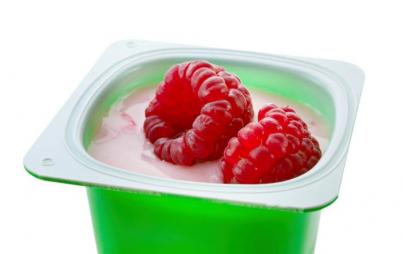