Dove Parody Ad Proves "You're Not Actually a Hideous Monster" 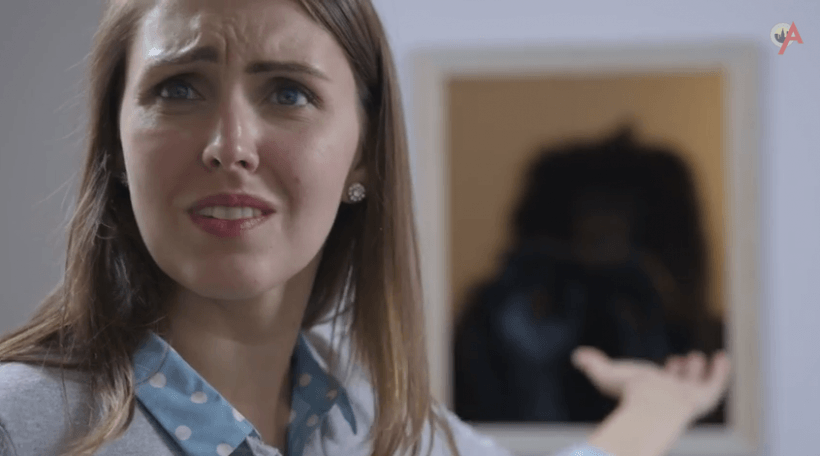 Considering the overly-dramatic, sentimental dribble that Dove has released as "ads" in the past few years, we're surprised this is the first time the beauty brand's commercials have been parodied. What, are there no feminists out there with a sense of humor?

In response to Dove's most recent, most ridiculous and kind of insulting #truebeauty campaign entitled "Patches" (which we highly recommend watching to experience emotions we can only describe as confusion, anger and an overall feeling of "that's messed up"), comedy collective Above Average has created a parody video that perfectly highlights how often Dove's #truebeauty message and "scientific approach" misses the mark. While most Dove ads leave us feeling pandered to, cheapened and so pissed that our eyes are crossed, this parody is the ultimate antidote.

"The latest commercial is slightly more offensive as it suggests that all women need in order to feel beautiful is a placebo treatment. One (rightfully) outraged Jezebel reader demonstrated the negative impact of the implications:

I finally bit the bullet and let my psych prescribe me medication to address my crippling BDD [Body Dysmorphic Disorder] and eating disorder. Coming to that point in this recovery process was so difficult and took admitting a lot of vulnerability . . . I find this shit so, so utterly offensive. Thanks for just brushing off an actual problem that actual people have to actually deal with as something that can be just 'positive thoughted' away.

Sing it, sistah. Moreover, isn't it a bit presumptuous for Dove to assume that all women hate their appearances? Or even care? Pretty sure our moms went through the 70's so that women could be makeup-less, bra-less, flannel-lovin' ass-kickers if we wanted to. Looks aren't everything."
___

We won't give too much away, but let's just say that by using a monkey costume and a mirror, Above Average hilariously mocks the way that Dove projects self-hate onto women, makes them feel stupid for having the occassional "ugly day" and has a huge superiority complex for being the only beauty brand to "ask the big questions."

Hopefully this parody has already made it over to Dove's head of advertising, and they'll stop making women feel like insecure, (literally) hideous beasts.

If you like this article, please share it! Your clicks keep us alive!
Tags
beauty
style
dove
ad campaigns
true beauty
above average
video