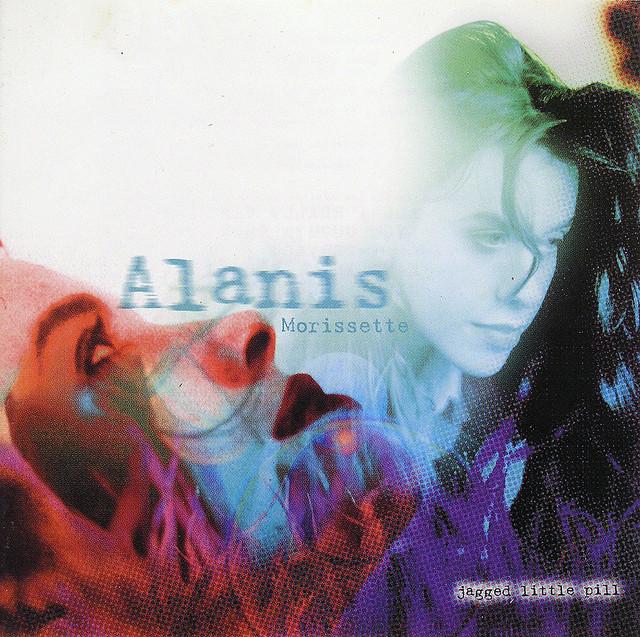 Sometimes love is awesome. Other times . . . hell hath no fury. When it's the former, we turn to the lovetastic ballads of Mariah Carey. The latter? Jagged Little Pill and Alanis Morissette's screaming anguish.

How epic is this collection of brooding angst? Rolling Stone ranked it as #45 on the best 100 albums of the 90s. Alanis even beat Jay Z!

Though most of the songs are beloved by everyone who has ever been through a breakup, one in particular stands out—for obvious reasons.

Even women born in 1995 know and love You Oughta Know. The simple lyric "And I'm here, to remind you of the mess you left when you went away" is both painfully relatable and powerfully cathartic.

Rumor had it that the song was written about Dave Coulier (aka—gulp—Uncle Joey from Full House). Come on Alanis, why didn't you pick Uncle Jesse? In the wake of the album's birthday, Coulier went on record at Buzzfeed to declare that the song maybe isn't about him.

I dated Alanis in 1992. You know, it's just funny to be the supposed subject of that song. First of all, the guy in that song is a real a-hole, so I don't want to be that guy. Secondly, I asked Alanis, 'I'm getting calls by the media and they want to know who this guy is.' And she said, 'Well, you know it could be a bunch of people. But you can say whatever you want.'

So does that mean that giving head in a theater is just something Alanis does to spice up a first date? Brave, Alanis. Brave. Either way, the epicness and girl power of this raw rock is unparalleled. So sometime this weekend, celebrate angst—and ditching lame exes—with the raw fury of Jagged Little Pill.