The Trials and Tribulations of a Female Serial Dater 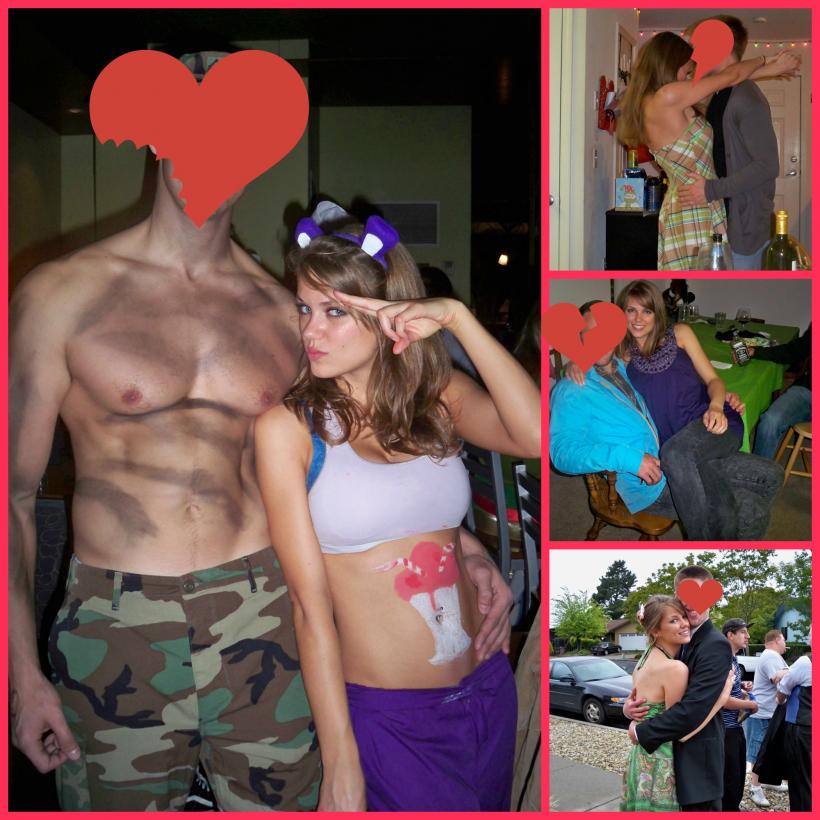 It's a Wednesday morning. I wake up wrapped up in the arms of *Hareton and his extravagant silk sheets. The decor of his luxe-y one-bedroom apartment is the sheer opposite of the post-frat house dwellings I frequently encounter. As I make my way to his kitchen, I take in the ostentatious decanter and glinting bowl filled with blown-glass fruit. This, I think, is the apartment of an adult. I smile as Hareton fills a Tupperware of (real) fruit for me to snack on at work later. Together, we make our way downtown and briefly stop for a cup of coffee before kissing and parting for the day. As we walk to our respective offices, I'm distinctly aware of the weight in my massive work purse. Inside is another outfit for a date later that night. And it's not with Hareton. And I have a third date lined up for the coming weekend. A new man, this time.

Cheating? Nope. Hareton and I weren't exclusive. I was clear about this because I am a female serial dater. Unlike everyone else—at least, according to my happily hitched friends—I thrive off the parts of relationships that most people hate: awkward dinner conversations and memorizing new names.

Most of it began when I was rebounding off my first big love, *Dean. I sat around my parents' house, at age 20, filling tissues with tears and gratuitous snot. Nothing dramatic happened—we just (slowly) learned that we weren't right for each other. Still, my excessive crying literally dehydrated me and I shed several pounds. Then, something strange happened. My grandmother visited one day. She hugged me. I squeezed her tightly back. "I heard you broke up with your boyfriend," she began. I sobbed in response.

Suddenly, she pulled away and held my shoulders tightly. She stared at my face. Her ocean blue eyes pierced my own identical set. We looked like one woman, the elder guiding the younger self. Years later, she would tell me that she saw a lot of herself in me. But in the midst of my heartbreak, I didn't recognize it.

"Honey, you're young. Play the field! Don't get stuck in the wrong relationship this early in your life."

"B-b-b-but, don't you love Papi?" My—now deceased—grandfather was one of the best men I've ever known. They met when they were teenagers and stayed married until he died.

My feisty grandmother shushed me, and dashed off. I stood frozen in my parents' living room. I mulled over her words for weeks. Then, it hit me. Though I had truly loved Dean, I realized then that my incessant flirting and dating proved that my relationship pattern was of the more, well, promiscuous variety. And instead of fighting it, I embraced it.

I go on at least one date almost every week. The most dates I've ever had in a week was five—all with different guys. It's rare, but I've even had multiple dates on the same day. Coffee? Lunch? Dinner? Drinks? There are too many options. Once, I brought two guys out on a  group date. It really was an accident, so I handled it the best way I knew how. The couple we were out with silently laughed while I introduced the men to each other and sent both flirty text messages under the table. I ended up dating one and having a one-night stand with the other. The one I slept with used a sketchy lube during sex and I had an allergic reaction to it. As I screeched in pain, I couldn't help but think, "karma is a bitch!"

Dates never make me feel nervous. Even the double double date didn't, really—I just cared about not getting caught. I miss those jittery butterflies that once wrecked havoc on my stomach. Sometimes I fear that I am becoming too detached. Heartless, even. I feel like I'm some lone love warrior roaming an endless battlefield. In many ways, I pride myself on handling so much on my own. I feel invincible. At the same time, I can't help but wonder: Am I missing the beauty of getting vulnerable in front of a man?

Sometimes, I'll go weeks without a date. I'll find myself lounging on Baker Beach rereading Clockwork Orange and declaring a break from men. But as any of my friends can attest, those phases never last long.

I do exercise some caution. I don't agree to dates from every man who offers. My rampant dating has put me in harm's way in the past. One guy angrily held a dulled knife to my neck while we were at a bar while another mildly stalked me for months following our date. These experiences frightened me, but didn't deter me from dating. Instead, I learned to carry pepper spray. I've never used any online dating services—largely due to the fear I felt from those experiences.

Happily, incidents like those are rare. Usually, I have amazing nights full of laughter and stimulating conversations. One night it's wine and the sunset; the next, I'm slow dancing and giggling to The Rolling Stones. I absolutely love hearing different perspectives and catching a glimpse of an array of lifestyles. Be he a professor or a bartender—every man has something interesting to bring to my table. I get a rush from the discussion, newness and unique attributes of each. Even if the fling is short, I still feel a flurry of happiness when remembering our time together. In some way, I've loved every one of them—for the temporary joy and the lessons I learned from the experience.

Because of everything I do, gossip is often spread about me. But cruelty doesn't bother me. Strangers are free to attack my actions and denounce me for what I do. We all have choices to make in life, and I understand that mine are less socially acceptable than others.

I will say the exchanges themselves often make me feel like I'm living in a fishbowl: people I barely know possess intimate knowledge about me. I feel constantly watched. It unnerves me to see my private life investigated. How many people know about that time I sobbed in front of a former flame because he called me a slut? Who really is privy to my complicated relationship with my appearance?

But because I love myself and have no real desire to change, I'm forced to shake off this feeling too.

My friends are more open minded to my choices, yet opinionated.

"G, I think it's weird that you're still seeing that guy with the fake fruit. This is long—especially for you," remarked Jenny.

I think they're all right—in various ways. I do anticipate getting married some day, so I will have to stick with (gasp!) just one man. Despite my efforts to quit it when I know it won't work, I often do have a hard time letting go. And, of course, I could always put myself out there more.

Out of everyone, my grandmother grasps it the best. Though she was born a completely different generation, we are kindred spirits. When I see her, she asks me about the various men in my life. Excited, I ramble on about *Jimmy, *Robert, *John and *John Paul. She smiles, with a knowing twinkle in her eyes. Her approval warms the chilly room.

When I look into those blue eyes of hers, I sense an understanding. She knows something that I don't. For whatever reason, she can see that I'm on the right path. I'm exactly where I need to be.

I hold onto this feeling when others berate my pattern. Maybe I don't make sense to most people—myself included—but I know I'm doing what's best for me. And when it comes to taking advice, I think I'm better off accepting it from someone who's lived a lot more of life than the rest of my peers.

*name has been changed

If you like this article, please share it! Your clicks keep us alive!
Tags
dating
serial dating
feminism
men
Relationships
Sex