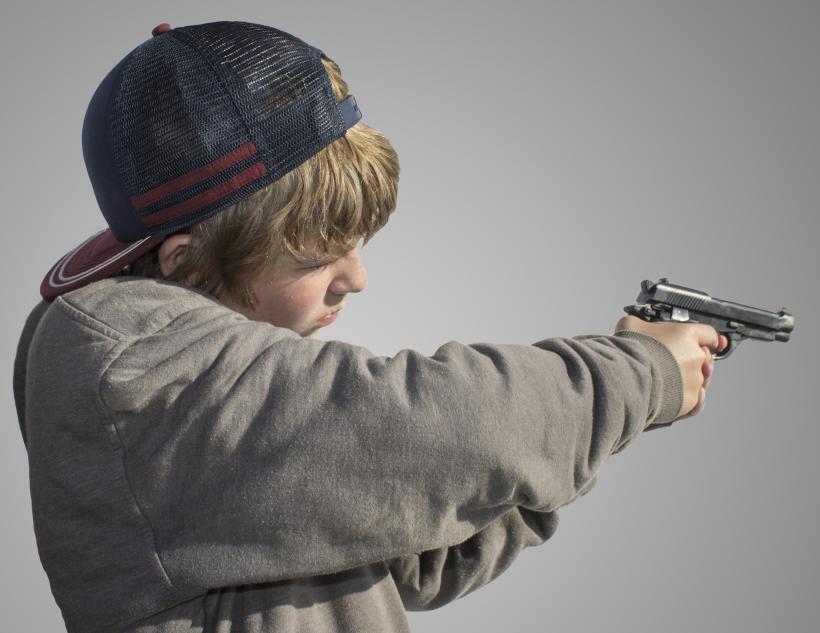 Children's notion of what is socially acceptable is—at best—laughable. While this is a admittedly scripted PSA for gun safety, we're betting that it was inspired by real events. And when we say "betting" we mean "hoping."

Le scene: two young moms making small talk while their sons sword fight in the background. As the kiddos leap into the light, we see that their swords are actually—surprise!—dildos. A phantom male voice (Ares, is that you?) then reminds us that, duh, children will play with whatever weird items they find. If parents are so keen to lock up their sex toys, perhaps the same logic ought to be applied to guns.

Created by third party gun safety organization, Evolve, this PSA attempts to add humor to a ever-evolving and controversial issue. If you go to Evolve's site, you'll see a tab labeled "Tales of Dumbassery" highlighting tragedies brought on by irresponsible gun storage.

Is this a solid PSA? Research would say, "yes!" First of all, this vid contains a mighty sexual element. The woman who owns the sex toys is beautiful, and no partner is present. Married? Single? Gay? The fantasies are endless. Research has shown that (shocker) men respond positively to ads with sexual imagery. Statistically speaking, dudes are more likely to own guns than women. On the flip-side, the PSA is hilarious. Studies suggest that everyone just loves having their funny bone tickled when watching an ad.


Image: Yeah, this is something we need to AVOID. Courtesy of, ThinkStock