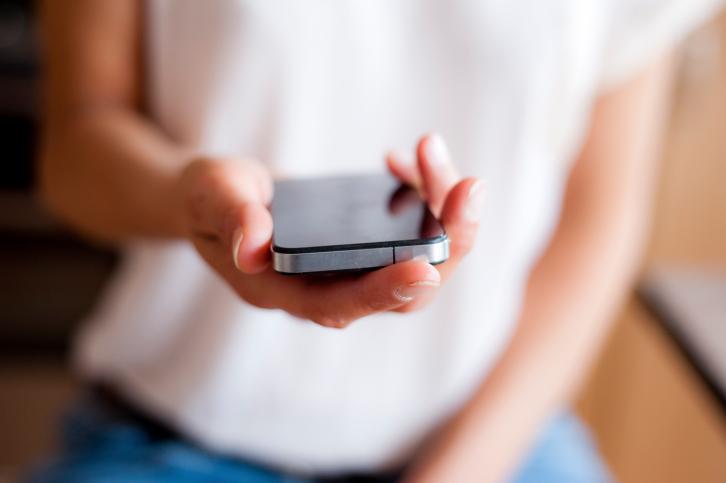 Tinder co-founder and marketing executive Whitney Wolfe brought a suit against her fellow co-founders yesterday—and for damn good reason. Exemplifying the pinnacle of the alpha male “brogrammer” start-up culture, Tinder co-founders Justin Mateen and Sean Rad apparently subjected Wolfe to “horrendously sexist, racist, and otherwise inappropriate comments, emails and text messages.” Oh, and Mateen called her a “whore,” a “disease” and “disgusting” in a meeting with CEO Sean Rad. GUYS I THOUGHT MAD MEN WAS ONLY ON TV.

Among the many effed up facets of the case is the way in which Ms. Wolfe’s title seemed to fluctuate. Initially affirmed as a co-founder by Sean Rad, her business cards confirmed this title and she was dubbed “The Woman Who Invented Tinder” by Harper’s Bazaar. In media coverage, the presence of a women executive at Tinder was presented as a boon for the company, and in outlets such as The Wire, The New Yorker and Elle Magazine, her title of co-founder was kept intact.

Yet, when Tinder-related articles focused on the co-founders popped up in more traditional business outlets, Wolfe was nowhere to be seen. When Wolfe asked why, she was told that it was because, apparently, having a “24-year-old girl” (he couldn't even grant her the title of "woman") as a co-founder made the company “seem like a joke.” Despite her wild successes in marketing Tinder in foreign markets, she was nonetheless ultimately stripped of her title. “Justifying” his stripping of Wolfe’s title, Mr. Mateen stated: “Facebook and Snapchat don’t have girl founders, it just makes it look like Tinder was some accident.” Riiiiiight. That justification is totally devoid of any kind of sexism and holds just an ocean of water.

But it gets worse. Mr. Mateen, who strongly pursued Ms. Wolfe and had an on-again-off-again relationship with her despite being her direct superior, also stipulated that he didn’t want any boys to date her after their break-up because of her status as an executive at Tinder. Reportedly, Mr. Mateen instructed Ms. Wolfe to be a “good girl” and steer clear of any guys for a period of six months, after which he would evaluate whether she was “worthy” of being with him or just the “slut” he considered her to be before he met her. Quite the professional boss.

Yet when Wolfe protested this discriminatory treatment, Mr. Rad and Mr. Mateen told her that she could accept their decision or be fired. She offered to resign but was ultimately pushed out of the company. On her pursuing legal action against Tinder, Wolfe says: “I had hoped this would be resolved confidentially, but after months of failed attempts, I have decided to pursue this suit.”

As a result of filing the suit (which you can read in all its horrifying, patriarchal, sexist glory here—sadly we’ve only scratched the surface of what this poor woman went through), Tinder has suspended Mateen and released this statement:

Immediately upon receipt of the allegations contained in Ms. Wolfe’s complaint, Mr. Mateen was suspended pending an ongoing internal investigation. Through that process, it has become clear that Mr. Mateen sent private messages to Ms. Wolfe containing inappropriate content. We unequivocally condemn these messages, but believe that Ms. Wolfe’s allegations with respect to Tinder and its management are unfounded.

Psh. Our thoughts? All the thumbs in the world can't swipe fast or more forcefully enough on these start-up bros.