Quote of the Day: Judge Kopf Tells SCOTUS to "STFU" 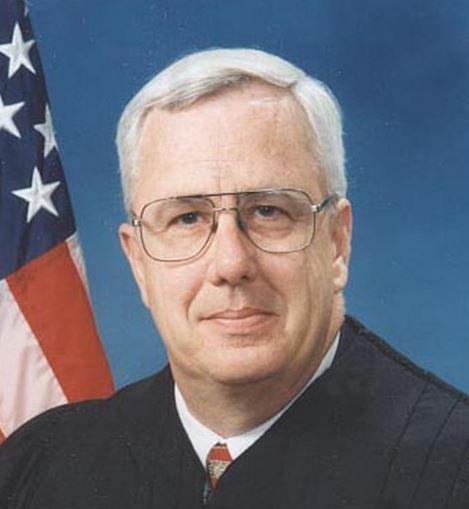 If you think the only people upset over Hobby Lobby's ruling are silly weakling feminists, think again. Federal Judge Richard George Kopf, who was nominated by former president George H.W. Bush (aka, the slightly better Bush), has shared his distaste over the decision in a searing statement in which he said:

The Court is now causing more harm (division) to our democracy than good by deciding hot button cases that the Court has the power to avoid. As the kids say, it is time for the Court to STFU.

Oh, and in case anyone doesn't understand STFU, Judge Kopf was kind enough to attach a link to the Urban Dictionary definition (we'll save you the hassle: shut the fuck up).

Judge Kopf's full statement is longer, but—naturally—that bit provides the most "OMG." Less attention-grabbing, but more profound, is this:

In the Hobby Lobby cases, five male Justices of the Supreme Court, who are all members of the Catholic faith and who each were appointed by a President who hailed from the Republican party, decided that a huge corporation, with thousands of employees and gargantuan revenues, was a “person” entitled to assert a religious objection to the Affordable Care Act’s contraception mandate because that corporation was “closely held” by family members. To the average person, the result looks stupid and smells worse.

To most people, the decision looks stupid ’cause corporations are not persons, all the legal mumbo jumbo notwithstanding. The decision looks misogynist because the majority were all men. It looks partisan because all were appointed by a Republican. The decision looks religiously motivated because each member of the majority belongs to the Catholic church, and that religious organization is opposed to contraception. While “looks” don’t matter to the logic of the law (and I am not saying the Justices are actually motivated by such things), all of us know from experience that appearances matter to the public’s acceptance of the law.

While we're devastated by the outcome of the Hobby Lobby case, the outrage elicited is encouraging. We've already lamented the vast influence this gives corporations. Anger about our current predicament could set the stage for . . . you know what, it's better that we don't jinx it.

On the bright side, a federal judge just told SCOTUS to shut the fuck up. So there is that.

Image: SCOTUS, this distinguished man has told you to "STFU." Are you listening? Courtesy of, ThinkStock