This Week in Pantsuit Politics: Elizabeth Warren vs. Hillary Clinton—and an Ode to Harriet Harman 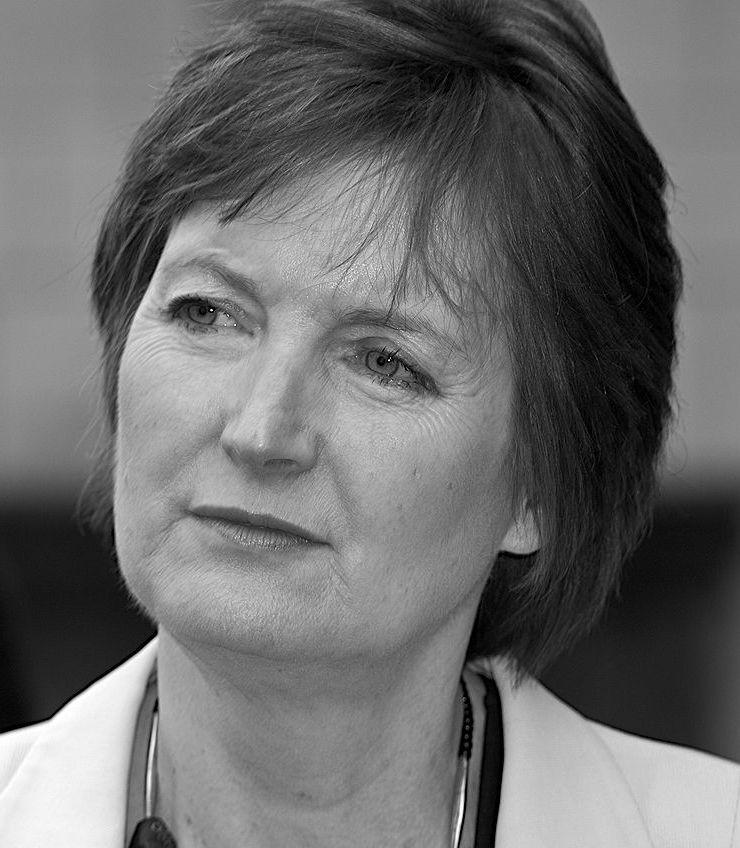 One need only look at the Oval Office to see that when it comes to politics, we've got a bit of a gender discrepancy. In this weekly Ravishly.com roundup, we focus on powerful political women in the news who are helping to break the proverbial glass ceiling of policy-making. Politicos, move aside. We bring you . . . politicas.

While Elizabeth Warren has announced she's not running for the presidency, and is instead throwing her weight behind Hillary Clinton, that hasn't stopped the pundits from waxing poetic about a potential free-world reign. In an op-ed, Millar Grimes had this to say when comparing Warren to Hillary:

...there is another woman who would be a more compelling choice: Democratic Sen. Elizabeth Warren of Massachusetts. Like Hillary, she has recently released a book. It’s called “A Fighting Chance,” a reference to the chance she believes all American families deserve in the tough economic and cultural climates of the time . . . If you read the book you’ll find a woman and a politician you’ll like.

The op-ed came on the heels of The Globe & Mail also comparing Warren favorably to Hillary, citing again the more candid nature and hard-scrabble biography of her book.

A compelling story is crucial to a successful political trajectory, especially in U.S. presidential politics. Ms. Clinton’s is wobbling slightly at the moment, as she’s portrayed in the media as Marie Antoinette in mid-heel pumps . . . Ms. Warren, however, is proudly from the wrong side of the tracks. A Harvard law school professor who triumphed over a hardscrabble Oklahoma childhood, she has positioned herself as a champion of Main Street and an enemy of Wall Street.

Why must this be one or the other, people? Maybe we'll just have a 16-year run of female presidents kicking ass on Capitol Hill. Hey, ya never know.

The New Zealand MP has spoken out about Australian star Rolf Harris sexually harassing her when she was a 20-year-old reporter interviewing him for a radio show. The revelation came in the wake of Harris being convicted on several counts of sexual assault. According to Barry, Harris groped her while she prepped the microphones for their interview many years ago—prompting her to retort, rather gloriously, "You're a sleazy creep." Here's hoping Barry's candidness emboldens other women to speak out about the unsolicited advances of them sleazy creeps.

We're digging this recent interview with Harriet Harman, Labour deputy leader in the UK who's been in Parliament a cool 32 years and running. Especially bad-ass? This response to a question about female politicians being given less credit for a sense of humor:

The more women there are in politics, the less that's the case. When I was first elected, it was 97% men—we were very much fish out of water and regarded as intruders in the world of politics. But I think there is now a critical mass of women.

Critical mass of women, bow down to the fearless Harman.

Meanwhile, in Hillary-world, it was another week of mixed news. Drumming up drama: the fact that Blood Feud, an anti-Hillary tome, overtook Hillary's own memoir Hard Choices in book sales. (Ouch.) On the brighter side, it seems Hillary is in the unlikely position of generating robust support from both millennials and (yes) neocons. Oh, and Fox News doesn't like her. Surprise!