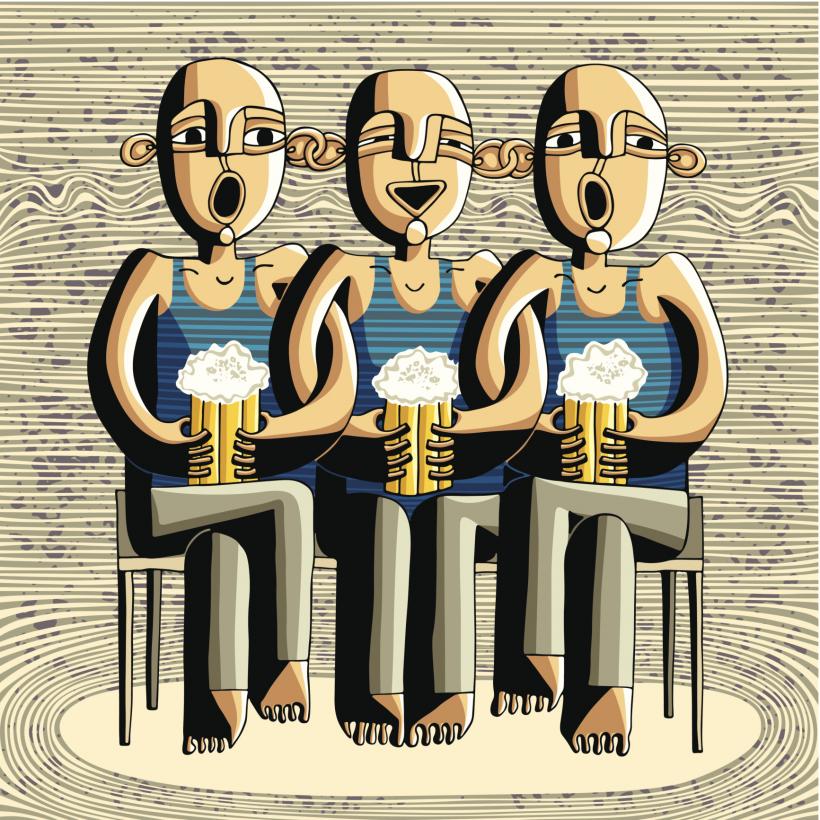 You'd be hard-pressed to find somebody who hasn't joyously slurred to their pals, "you guys are my faaaamily!" From the dawn of giggle-fest sleepovers to the merlot-soaked dinner parties of today, we just can't get enough of that warm fuzzy feeling of being together. We've even coined the word "framily" to describe that special group of cronies that are more than just carousing buddies.

Well, good/strange news for all of us that have forged together a beautiful band of misfits we call our chosen family. A new study published in Proceedings of the National Academy of Sciences claims that friends share enough genes to make them as genetically similar as fourth cousins (which means you would share the same great-great-great grandparents, hypothetically).

It turns out that these very genes we share may answer that very question rising to your mind. The theory goes that our ancestors were drawn to similar areas because certain aromas drew them in. For example: Love the wafting aroma of roasted beans? You'll be drawn to coffee shops chock full of people who are also attracted to the same scent.

Interesting enough, this newfound friend theory works in direct opposition with our spouse-hunting however. We seek out partners with drastically different genes, unconsciously trying to counter weak elements of our own gene pool which could be bolstered by someone else's immune system.

One of the reasons why we think this is true is because it gives us extra protection. If our spouses have an immune system that fights off a disease that we're susceptible to, they'll never get it, and then we'll never get it. And so it gives us an extra layer of protection. — James Fowler, professor of medical genetics at the University of California, San Diego, who conducted the study with Dr. Nicholas Christakis, a social scientist at Yale University.

We know that we choose friends who share similar interests be it music (long live Radio Head!) sports (Die Red Sox!) or Civil War reenactments (Damn Yankees!) but the things that pique these interests may be more deeply rooted than we realize. It's possible our personal coding has set us on a very specific path that's tricky to deter from, even determining the very people we'll meet.

I think the biggest implication is that evolution can't be studied as a Robinson Crusoe phenomenon. We didn't evolve isolated — separate from others. We evolved in communities. We evolved with our friends.