Watch this Video Re-Humanize the Homeless 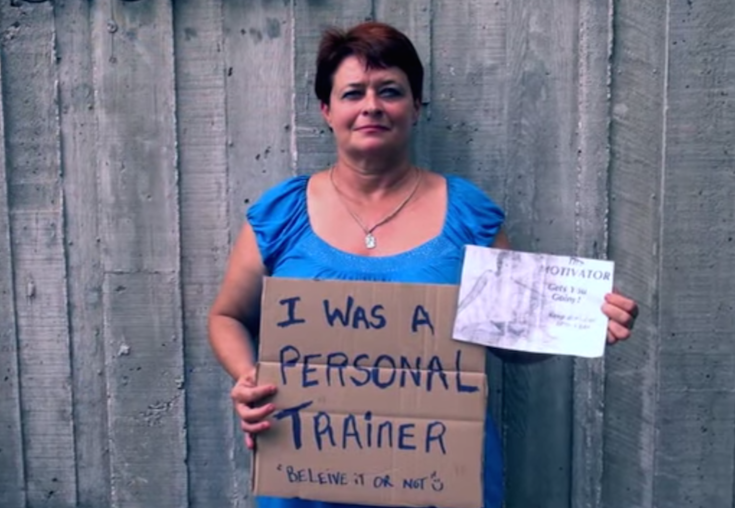 It's no secret that we have a nationwide issue with homelessness. Worse yet? Folks who dwell in capitalistic societies (you know that's us, right?) often blame homeless individuals themselves for being without a dwelling. Call it the last remnant of that ol' American Dream notion: we can all pull ourselves up by our own bootstraps, you guys! Even if medical bills put you thousands of dollars in debt! Even if you have a difficult mental illness and no family to help! Didn't you know? Buck up mister!

Because of this dubious mindset, it's all too easy to dehumanize these individuals. I know I'm guilty of doing so. And while I'd like to believe it's not just the blind adherence to a economic myth that fosters this mindset . . . when confronted with dozens of forlorn faces every day, it's easier to look away than confront the proof of human anguish and an blatantly unjust socioeconomic system.

In 2012, it was estimated that the highest earning 1% of US families received 22.5% of (pretax) income. As for the bottom 90% (in what class would 90% be considered the "bottom?"), these families share 49.6%. Yikes! Oh and our beautiful country is woefully ahead of its developed peers when it comes to fiscal inequality.

These aren't problems that we can solve overnight. And—granted—you can't save everyone. Many people are screwed by "the system," but that's not to say that others didn't give a middle fingered salute to the society and made a series of terrible decisions to wreck their lives. What's important though is to recognize that these folks are, well, human. They have stories to tell and surprising pasts.

The video below was uploaded on YouTube earlier this summer, but it's be gaining a surprising amount of traction just in the past few days. In it, the filmmaker asked folks without a house to reveal facts about themselves that would surprise others. What you get is an intriguing combination of ages past, pressing societal issues, un-tapped talents and un-told triumphs.

I can't say I'm a fan of the music chosen, so feel free to watch this muted. Seriously though, take a look.