Is The Brad Pitt, Angelina Jolie Marriage Really A Slap In The Face To Gay Couples? 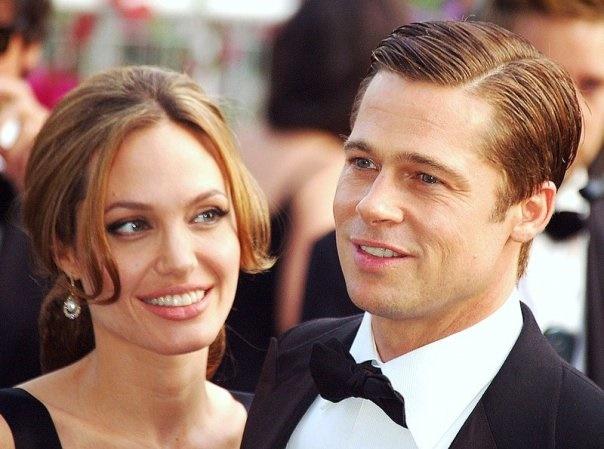 In case you missed the breathless news, Brad and Angelina just got hitched in a French ceremony that, rather miraculously, they managed to keep secret from the media vultures. Everyone, naturally, is celebrating this long-awaited occasion and dare-we-say happy moment for the impossibly gorgeous A-list pair.

Time writer Brian Moylan is of the belief that this wedding could hurt the gay rights movement. In his searing piece—unequivocally titled "Brad and Angelina Getting Married Is A Slap in the Face to Gay Americans"—Moylan writes: "I'm sorry, Brangelina, but real fighters for civil rights don't buckle under pressure when it gets hard."

Why is this straight celebrity couple shouldering the homosexual-marriage movement you ask? Because many moons ago, while deflecting the inevitable questions about not getting married to Angelina, Brad said he would "consider tying the knot when everyone else in the country who wants to be married is legally able.”

Flash-forward to today, and just 19 states have legalized gay marriage—yet Brad has put a ring on it. And to Moylan, this is tantamount to him damaging the gay rights cause.

Here's the thing: Brad and Angelina getting married will have no discernible impact on the fight for gay marriage equality—just as them not getting married had no discernible impact on the cause. As much as celebs like to pretend otherwise, people aren't going to change their deeply entrenched views because someone they like to watch in movies tell them to.

I sincerely doubt there's a single bigoted soul in the depths of Alabama who decided gays were actually OK because those actors in Mr. and Mrs. Smith said so. Nor do I believe there are legislators who were ready to sign off on gay marriage until they hard about this wedding. People may change their views as a result of getting to know actual gay couples, or by responding to a shifting cultural climate, but let's not pretend a beefcake actor has the same sway.

That said, I'm not totally above poo-pooing Brangelina. I just think that Brad's mistake wasn't marrying Angelina; it was making his ultimatum in the first place. In this sense, I agree with Moylan, who writes:

It seems like what Brad and Angie said the first time around doesn’t matter to them at all. It’s as if they didn’t want to get married in 2006 and said, 'What if we say it’s because gay people can’t get married? Then people will stop bothering us about getting hitched and we’ll look so noble.' Now that they’ve had their ceremony and the wedding cake is in the freezer, it looks like their declaration was mercenary rather than thoughtful.

It does appear as if Brad made that claim to look noble while shirking questions about his personal life. And for using the gay cause in such a callous way, he does deserve some possible condemnation.

But, to reiterate, that doesn't mean he shouldn't have gotten married. Because what's important about this entire "scandal" is remembering what the fight is about: the right to get hitched. Yes, it's deeply unfair that Brad and Angie can get married when thousands of gay couples in so many states are deprived of said matrimonial bliss. But doesn't demanding someone deny their own right to get married undermine the whole damn thing?

The narrative here should be this: Brad and Angelina are married. It presumably made them happy. And proffering that happiness to everyone is something well worth fighting for. One broken promise by two actors doesn't diminish, sabotage or weaken anything activists have achieved—or foreshadow a bleak future of continued bigotry and silenced chapel bells.