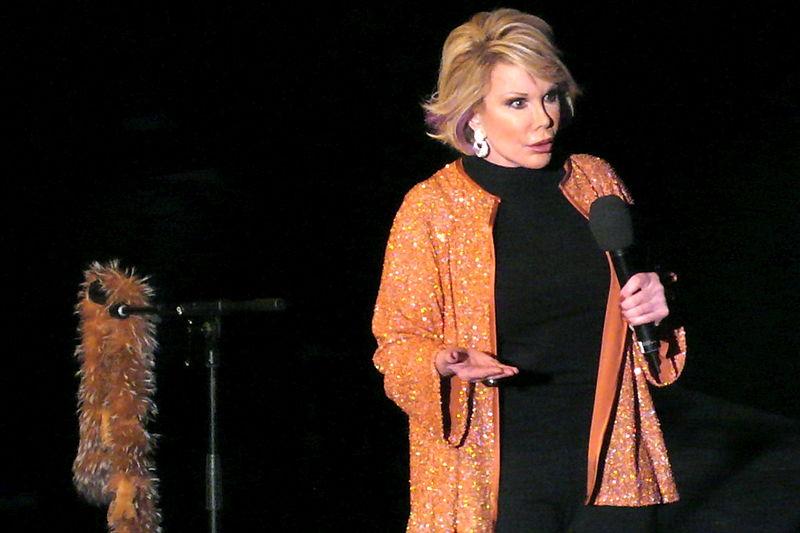 In the wake of Joan Rivers' death, she's been rightly celebrated for her sharp sense of humor and trailblazing work in the entertainment industry. But now Time has gone so far as to call her a "groundbreaking feminist icon."

With all due respect to Rivers' illustrious achievements: She wasn't.

Time is correct in praising Rivers' relentless ambition and rebuking of conventional female docility. It was, the magazine said, her "undisguised and 'unladylike' desire for success that made [her] a feminist icon." She also forged new territory by broaching taboo topics like abortion and gay rights, opening the door for other female comedians to use humor as a conduit for social commentary about pressing women's issues.

Yet Time all-too-blithely glosses over the fact that her humor was frequently predicated on tearing women down—and viciously so. Let's not forget that her comedy shtick was rooted in deeply misogynistic ideas about women.

It's no secret, for instance, that she criticized female bodies with the snarkiest of glee. To take but a couple of her barbs:

Elizabeth Taylor’s so fat she puts mayonnaise on aspirin.

If Kate Winslet had dropped a few pounds, the Titanic would never have sunk.

She also perpetuated the enduring stereotype of successful females sleeping their way to the top:

[Chelsea Handler] made it on her back f---ing the president, we all know that, of the network. No. 2, she's fine, she's ordinary. She's not a genius. She's an ordinary girl that was f---ing somebody high up in the industry and they gave her a break and she's doing OK.

Kristen Stewart got a whole career by being able to juggle a director's balls.

Nor was she above victim-blaming, saying of Rihanna:

She confessed to Oprah Winfrey that she still loves Chris Brown. Idiot! Now it's my turn to slap her.

Yes, Rivers often zinged herself too, but isn't that also a form of woman-bashing? Indeed, it seems Rivers' shrewdness was in recognizing a patriarchal appetite for misogynistic humor—and exploiting it.

One could argue that this itself represents a certain kind of progress; that in being crueler to women than most men were, she was subverting the sexist paradigm itself. Seeing as how she also wasn't above attacking men, it's also possible to view her humor as progressively, even refreshingly gender-egalitarian.

Still, it's hard to view any woman who was so consistently judgmental toward other women as a "groundbreaking feminist icon." What she did do was challenge our ideas about female success, and misogyny, and even feminism itself. That in itself is groundbreaking—but it doesn't make her a feminist hero.