Is The Miss America Pageant Proto-Feminist? (No, Seriously) 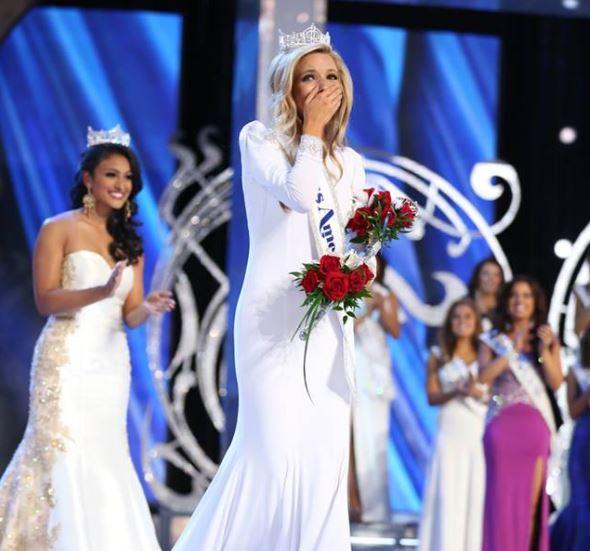 The former coordinator of youth services for the Fighting the AIDS Crisis with Education and Support (FACES) Project, who also served on the steering team which brought the Ora-Sure HIV (Oral) Antibody Test to the state of Virginia.

An advocate for the children of incarcerated parents, who has worked with The US Dream Academy, Project AVARY, Operation Open Arms, The American Correctional Association and Big Brothers Big Sisters.

An activist with Stop It Now!, an organization dedicated to fighting child sexual abuse.

What do all these women—women any feminist would be proud to support—have in common? They're all Miss Americas. And here's the thing: The fact that they participated in a, yes, pretty ridiculous beauty pageant doesn't detract from their entirely worthy accomplishments or their right to be an icon for other women.

Yesterday, when a new Miss America, Kira Kazantsev, was crowned, she too had something important to say . . . and it had nothing to do with how she fixed her (admittedly lustrous) hair. Her particularly relevant platform? Speaking out against domestic abuse and sexual abuse in the military.

As an avowed feminist, I've often wanted to rip into Miss America with women-empowerment-fueled abandon. The barely-there swimsuits. The blatant ogling of women—many of whom are often teens. The pounds of caked-on makeup, because woe is the day we ever see a woman without her false lashes and come-hither red lips. The pat interview section with its stereotypically pat ("world peace!") answers.

For those looking to decry the patriarchy and sexual objectification of women, the pageant is ripe for ripping apart. But along the path toward a new, more inclusive kind of feminism, we've come to a crossroads where it's harder to challenge what Miss America is about.

Today's feminism is about letting women be exactly who they want to be, whether that's uber-feminine, uber-masculine, neither or both. Who says a woman can't work out like a fiend, rock a bikini, flat-iron her hair and care about important causes, an education and a successful career?

Look past the glittering sash and gratuitous makeup, and you'll see that the women who've won in recent years—like Caressa Cameron (the AIDS education advocate), Laura Kaepeller (who's worked on behalf of the children of inmates) and Mallory Hytes Hagan (the activist against child sexual abuse)—are genuinely inspiring and not only empowering, but quite likely empowered.

Is it a little sad that these women must still parade down a runway in a two-piece to get their crown, a bunch of scholarship money and a platform for their causes? Yes. Is it annoying that the pageant rather conveniently doesn't give voice to women who don't fit the mold of stunning girly-girl? Of course.

But that doesn't mean the type of women Miss America promotes deserve our scorn. There's nothing wrong with fighting for a cause and looking good while doing it, if looking good happens to be your thing. And there are, after all, worse things in the world than wanting some world peace.