Dating Advice From Way Back When—Does It Still Hold Up? 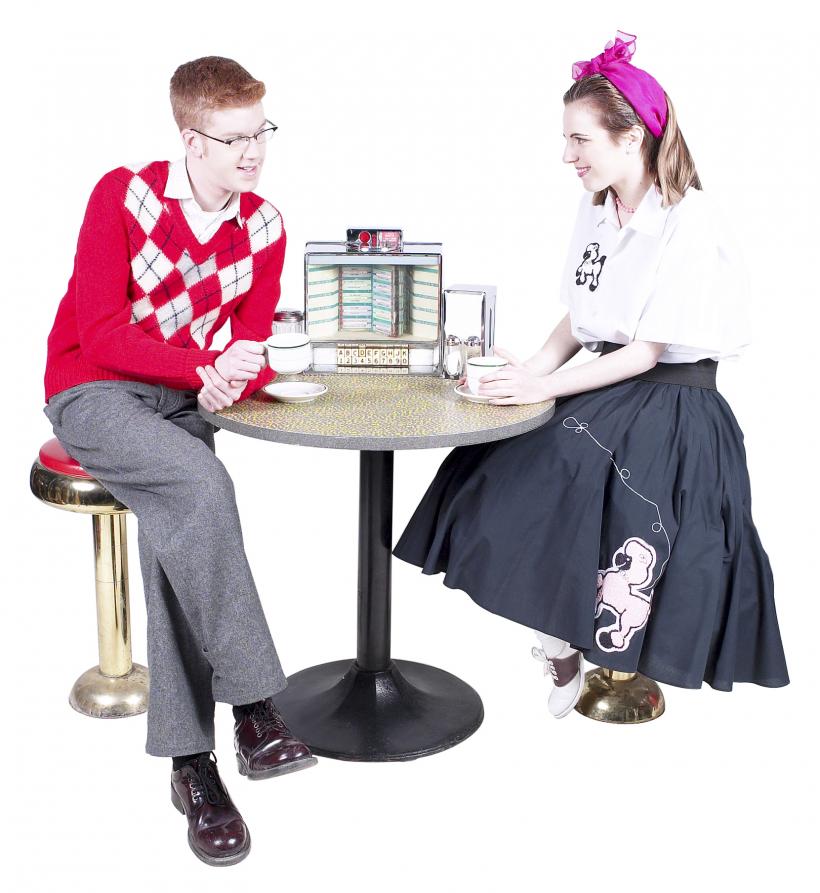 Women have been receiving dating advice since the dawn of time. Eve’s best friend probably said to her: “Why did you have to eat that stupid apple? Adam would have taken you out to dinner. You ruined everything!” While times have obviously changed since then—with technology having had a major impact on dating—the guy who opened the door for you last night probably would have been equally courteous in 1954. That douche who cancelled 30 minutes before your date via Snapchat? He most certainly would have had trouble finding a dime for a phone call during his grandpa’s era. Today, you might be going to happy hour instead of a sock hop and most likely, you’re not saving yourself for marriage—but does any of the dating advice from way back when still hold up? You’d be surprised at how horrible some of it is—but also how some of it is still practical. Let’s take a look, gain some knowledge, and have a laugh along the way . . .

"To make him feel important, you have to forget your own desires for importance. Compliment him on his physical prowess, his mental acumen, his good looks and his virility. The worst mistake a girl can make is to make a man feel intellectually inferior or inadequate as a male. We men need a lot of reassurance. So lay it on thick but subtly. Stroke his ego. Let him think he's king much of the time. He will love you for it, and, you know, it will make you feel extremely feminine."

Clearly, Robert H. Loeb Jr. needed to feel important because he sounds pretty insecure. A secure man (or woman, for that matter) shouldn’t need reassurance from anyone. But, you know how great you feel when someone compliments you? Men feel the same way. Let him know you like his taste in fashion or that he picked a great restaurant (the restaurant thing works every time). If he’s going out for a promotion at work, or trying to get into a difficult grad school, tell him you think he can do it. But, don’t kiss his ass, as this awful dating advice implies. No one likes a pushover. Especially men.

"If you are a gal who uses frank, men's locker room language—DON'T on this first date. DON'T—EVER! Avoid shocking your date. Even if he uses such language and hears all the guys and dolls in the senior class using it, he wants his date to be better than the rest of the crowd."

WTF? Seriously, this is the worst idea ever. If a guy is taking you on a date, he wants to have a conversation with you, not with Martha Stewart. BE YOURSELF!

"That underwear should be spotlessly clean goes without saying, but every woman should wear the best quality underwear that she can afford. And the color should be preferably pink. And lace and ruffles, I am sorry to say, add to the attractiveness of underwear, and are liked by the average man."

- William Josephus Robinson, Married Life and Happiness: Or, Love and Comfort in Marriage

It sounds like Mr. Robinson really likes pink underwear with lace and ruffles. But, all kidding aside, he has a point. Have you ever turned a man on wearing granny panties? Hello Bridget Jones! You should wear pink lace panties with ruffles . . . if that’s what you feel sexiest in. A little black thong? Why would any man complain? White eyelet boy shorts with a matching bra? Delightful. The point is—wear nice underwear of any color that makes you feel your best because it will help you exude confidence and every man is attracted to that. And if you’re ever in doubt, always wear the thong! Don’t forget, Robinson’s first rule is spot on (or spot off, as the case may be)—you can’t get dirty in bed in your panties are dirty!

"Don’t drink too much, as a man expects you to keep your dignity all evening. Drinking may make some girls seem clever, but most get silly."

This really old dating advice is still 100% applicable. Don’t get too drunk on a date—especially a first date. Safety first: If you don’t know the guy too well, you could be putting yourself in a compromising position. Drinking within your limits probably won’t hurt anyone. The broader point being that you want him to see you at your best, not your worst—especially in the early stages of a relationship.

Here’s another tip when you are out on a date with a guy who gets a little drunk himself and maybe wants to push you past your limits: When he is in the bathroom, order a soda in a wine glass. He’ll just assume you are having a cocktail. Works every time.

Teasing Out Tidbits of Wisdom From The 1950s

“Only floozies ask guys out.”

What’s floozy-ish about asking guys out? And can we bring the word “floozy” back please? It’s hilarious! This advice is so wrong. Some men can be shy and nervous, but if you think he’s into you, just suggest you should get together sometime. He’ll take the hint and probably be glad you brought it up.

“When someone asks you out, it’s polite to give an immediate answer.”

This is sort of right. Check your calendar, but don’t be a jerk.

“There’s no such thing as fashionably late; be ready when your date arrives.”

100% true. Don’t be late. It’s just not nice to keep people waiting. On the other hand, showing up 20 minutes early will probably make you look way too eager.

“It’s only proper to introduce your date to your parents.”

This is 100% on point. Applying makeup in public falls under the same category of flossing or picking your teeth in public. The one exception to this rule is a quick swipe of the lip gloss wand, if you can do it without a mirror.