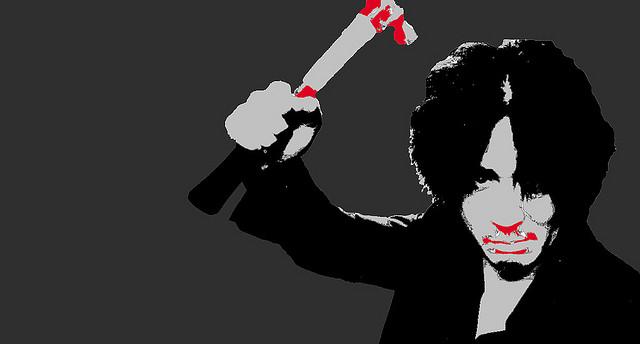 Courtesy of Flickr.com by user Reed

Ever search the bowels of Netflix to find bizarre gems of cultural treasure/trash? If not, get in the habit of it. Maybe. I suggest this because the strangest films can start interesting as all get out conversations about subcultural phenomena and the varying notions of societal norms. Even if . . . sometimes, those topics are mighty uncomfortable.

Those of you who were hoodwinked into watching the traumatizing 2003 cult film Oldboy (the original, not the one with baby Olsen sister) may remember its strange approach to female sexuality. In several instances, the viewer sees female characters say "no" to the lustful man seeking her snatch. After saying no repeatedly (sometimes violently), she unleashes some internal sex demon and goes all Samantha Jones on the man. The main lady, Mi-do, even insists that lead dude Dae-su continue to make advances despite her "no, no, no" pleas.

For the film that makes Requiem for a Dream look like Barney's Great Adventure—seriously—this sole observation is not enough. The socio-sexual notions that drive South Korea (where Oldboy was produced), on the other hand, speak volumes.

It's no secret that South Korea is more sexually conservative than America—at least, when it comes to women. K-pop groups are ultra-censored by the government. References to sex and/or sexy dancing are a big 'ol no-no. Ads for contraceptives were banned from TV, creating a culture in which many women weren't even sure how birth control worked. (Hello unwanted pregnancies). Sexual health is even a taboo topic: many South Korean women believe they only need to visit the gyno while pregnant.

On the other hand, South Korea has made other social progress (including appointing a female president in 2013) in recent years.

Outside of actual prostitutes, women are expected to retain a certain sexual naviete in South Korea; it's socially sanctioned and expected that men have more sex than women. The passive, virginal type is more desirable (which just might explain the popularity of surgical hymen restoration).

So what I'm getting at is that because this complicated system of sexual taboos and social expectations, many women often pretend they don't want to get laid as some sort of luring tactic. "Sweet little virginal me? I could never do something so  . . . dirty! But . . . OK, OK, turn me over." Men are supposed to pursue, women are not.

So how are the women faring in all of this?

While South Korea does have a lady president (woohoo!) there is undeniable gender inequality in the workforce. Out of 135 countries ranked for gender equality in 2012, South Korea took 108th place (United States was #22, Iceland was #1). When modeling our nation's thoughts on sexual consent, this is not a country to which we should aspire. Saying "no" and very possibly meaning "yes" is not a sign of proper seduction; rather, it illuminates a chilling double standard and sanctioned sexual oppression.

And while it seems like a simpler exchange here in the US of A—no means no—we're having a little trouble with our mono-syllables too.