Tilting In Our Favor: Pinball May Be The Most Inclusive Gaming Space For Women 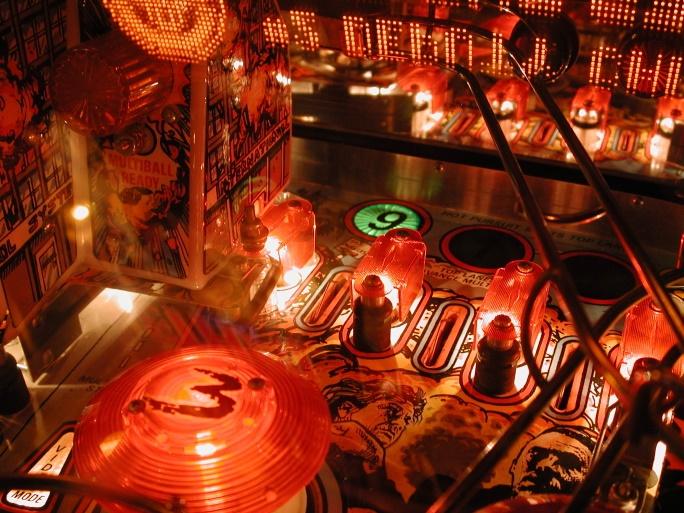 In March of this year I quit my job and effectively "retired" from working in tech. I had watched too many relationships—some of which were mine—dissipate in agonizing disaffection. The long hours. The eye aches. The wrist braces. And all to allocate digital nickels and dimes for some white guy with 15 of the same J Crew sweater vests and a mansion in Vermont.

Sustainable, supportive relationships are crucial to me as an intersectional feminist, and there's only so far picking up the check at a fancy restaurant can take you. So I left behind a decade of working in tech to keep kids off the glass at the Pacific Pinball Museum in Alameda, California.

Access to pinball machines is important to me. Not for practice: I, flying in the face of my own fervency, suck at pinball. To the max. I am often accused by the women I bring there of letting them win. Which hurts my feelings! It implies that I'm not creative or romantic enough to, at the very least, make some sexy "loser has to" bet before I throw the game.

I like being around pinball because it feels safer for women, or at least like it will be safe sometime soon. The things I've seen, man. At Magic the Gathering tournaments. At Halo tourneys. Compared to a grown man in a GameStop T-shirt holding a chair over a child, screaming “I will hit this fucking kid who is not mine with this chair if we do not restart this match; this map is only meant for 6 players, we need an 8-player map,” the odd old man discreetly asking me if we maybe have the Whoa Nellie! Big Juicy Melons pinball machine in some unmentioned annex is several degrees more doable. It's a patriarchy I know I can take. (Like, in a fight.)

There are a lot of women in pinball. There are women-only events/leagues all along the Pacific Northwest, like Oakland's Belles and Chimes and Seattle's Powder Puff. We run the tables at conventions, curate museum exhibits, give lectures on pinball history at video game conferences, and run establishments where pinball machines are held.

Pinball as we know it in America was started with Montague Redgrave's "improved bagatelle," the first machine of which was given as a gift to his young daughter. You could, if you were me, argue that the first devoted pinball player, the person whose enthusiasm fostered the momentum to make pinball into a phenomena, was a woman. Or rather, someone who would grow to become one. And if you were me and I was you, I'd think that a valid argument and figure you for a smarty.

We're also on almost all machines. We enslave planets and challenge robots to billiards, making time for the occasional couple skate with besties. You could argue, if your education on gender was limited to Cosmopolitan Magazine and having heard the song "Big Girls Don't Cry," that men are, in fact, the underrepresented gender in pinball and that women control the scene.

Our representation hasn't always come from a place of respect or even humanity, and our history of depicting people of color and indigenous people is as despicable as any other facet of pop culture in America.

But while current games try to meet in the middle with one Team Fortress 2 character out of nine who might be genderless, pinball has, for better or worse, made women the center of its aesthetic experience.

How Pinball Creates A Safe Space For Women

Pinball slept through the rise of the space marines. A video game crash and decline in public America effectively death ray'd the industry before it had the chance to check out what all this hyper-masculine "a boy and his assault rifle" fuss was about. 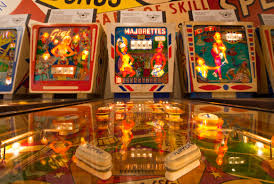 The Internet is dangerous for women because there is, in theory, infinite space and no concept of distance. Even in the smallest, most overlooked places on the web, you are only seconds away from being swarmed by dozens of users sending you your own nude photos and suggesting you kill yourself.

There's no Internet connection on these machines. No usernames, no comment sections. You are confined to a single point in spacetime—statistically, waiting in line for a turn to play. If cisgender, heterosexual white men had to wait in line and take turns to say shit to Anita Sarkeesian, men's rights activism would fill up one page of a history textbook under the heading "Well We Tried This Thing For About A Day."

The images on the pinball machines are not always friendly to women, but they are static, petrified, in place. Four-Square doesn't think it's your fault. Fireball has no opinion on your weight. PIN-BOT doesn't have an inappropriate contribution to your anti-domestic violence hashtag. It is inert. It is dead.

You and I and what we are putting into the machine—whether it's memories or a high score or the gentle nudging to avoid a drain—are the only things alive in this tiny galaxy of lights and springs. And that's as safe as it gets sometimes.

For all these reasons and more—for the safety this environment fosters—I've been encouraged to bring those I date to pinball spaces, to make eyes and gloat over the bodies of a devil defanged and decommissioned.

I feel one of my responsibilities as a non-monogamous collaborator on the date is to create and curate safe spaces with my partner, whether it's in bed or playing pinball or walking through the snow in search of poutine. And this is not to say that you must only go on dates in places you know bad things can never happen in. You can share a safe space, together, in the mouth of hell, if that's where you want to go and if such a place even exists.

But a space is safe to me when I trust the other person will do the best with what they have. And sometimes, they won't have much. Which is why a place to hide away from (certain) men is important—essential—for queer women dating.

Since quitting my tech job, I have endured six of the roughest months of my life. I had to sell my accordion, my record player—but I am free. Free of eye pain, free of "the sky is falling" emails on my days off, free of the guilt of handling and collating people's most intimate information. I'm a woman on the inside, and not inside some place horrible! I'm inside good places. Places full of compassion, love and pinball. Safe places where the women in my life can feel good about the places they go and the people they see.

Mainly the Pinball Museum. Mainly me.

We are for now the curators of the graveyard. We sign people in. We fish out stuck balls. We give apologetic "good try!" kisses when a ball is drained in Spanish Eyes. But the women are rising. Soon we will not be limited to nursing the machines; we will give life to new ones. We will win championships. We will not merely take refuge—we will take back, and take over.