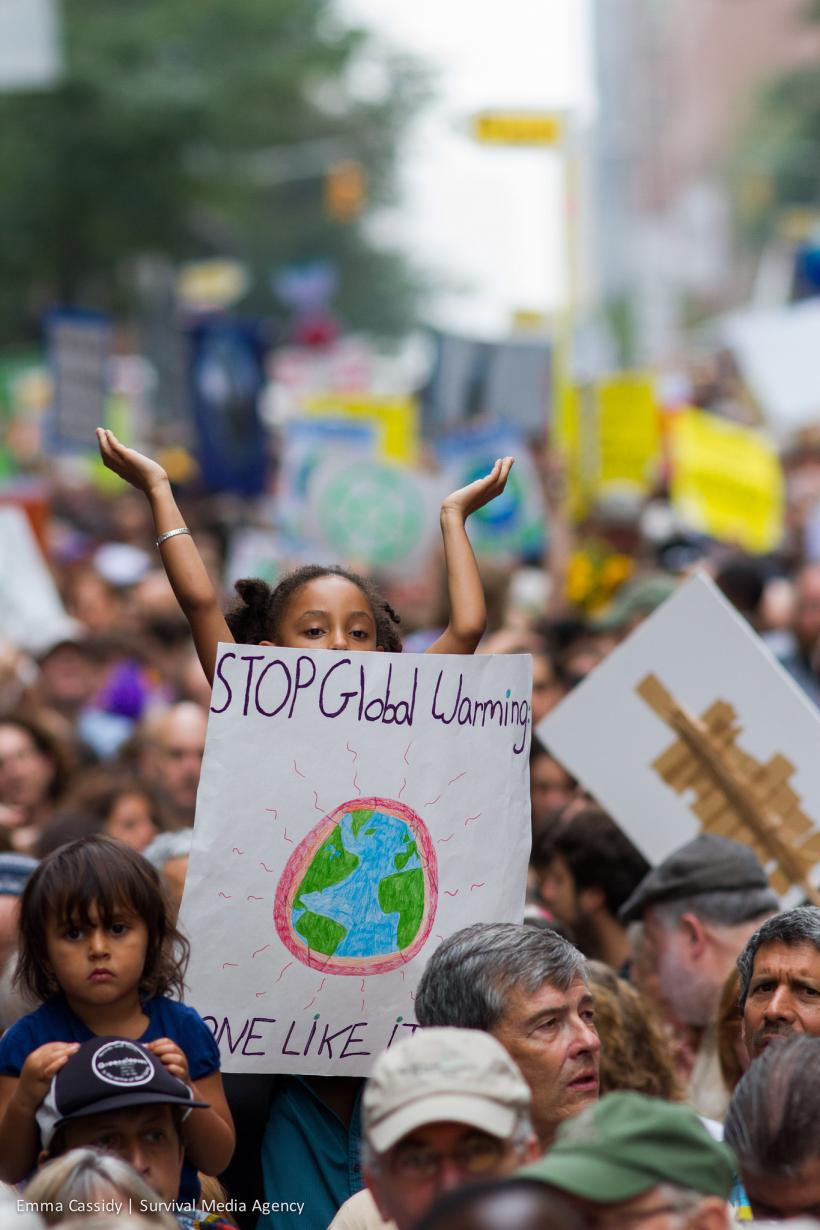 Outside of wonky, policy circles, the UN General Assembly week generally lacks the flair and raw excitement of say, New York Fashion Week. But that’s not to say people don’t give shit—especially concerning the topic of conversation for today’s topic: climate change.

In fact we have some pretty astounding visual evidence after Sunday’s “People’s Climate March” that lots of people give a lot of shits. Reports range on attendance estimates, but somewhere from 300,000 to 400,000 people flooded midtown Manhattan calling for more action on the climate (read: fate of our planet/all of us/the children! What about the children!) And everyone from politicians (like UN Secretary General Ban Ki-Moon, senators Collins, Sanders, Schumer and Mayor de Blasio) to famed scientists like Jane Gooddall, and celebrities like Leonardo DiCaprio were among their ranks. 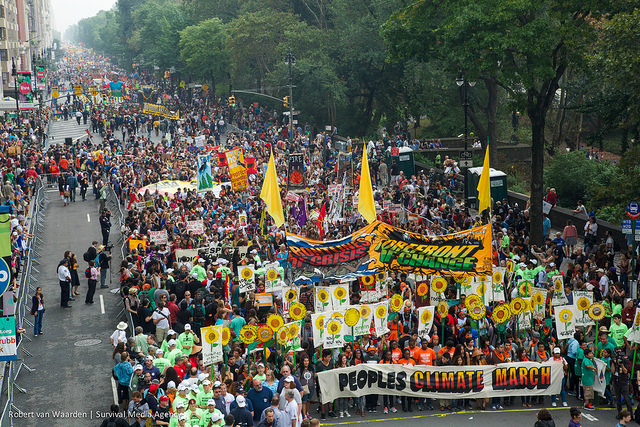 The climate march, now being hailed as the largest climate-change demonstration in history, was scheduled for Sunday as an effort to get those attending the UN Climate Summit 2014 today to start giving an actual damn and do something about the devastating effects of climate change and global warming.

And as we watch to see what global leaders are coming up with to, hopefully, you know, save our planet, we’d also like to flag this: Though climate change affects us all, it happens to affect women even more.

So why are women at greater risk when it comes to climate change? Well for starters, climate change has a greater effect on those in poverty. The most recent report from the Intergovernmental Panel on Climate Change (IPCC) outlines the situation:

"the effects of global warming are often felt most severely by the poor who are exposed to exacerbated risks from low-quality housing, a lack of access to services, and inadequate infrastructure."

And who comprises the "vast majority" of those who 1 billion+ people who live in "conditions of unacceptable poverty." Yup, those of us with two X-chromosomes. The very roles that women fill according to entrenched gender norms make them more vulnerable to the effects on climate change just on a daily basis. Per the UN:

"Those charged with the responsibility to secure water, food and fuel for cooking and heating face the greatest challenges."

And beyond the structural issues of global poverty, these said gender norms also prove more deadly for women in times of disaster. Extreme weather events lead to higher mortality rates for women than men (not to mention, more physical violence against women in their aftermath—even in the United States). An example? The IPCC report highlights how women in Nicaragua are expected to stay in their home—even during times of flooding. Hence, more lady-death when disaster strikes.

And let's not forget that women also lack equal agency to weigh in on these matters. Again the UN:

"By comparison with men in poor countries, women face historical disadvantages, which include limited access to decision-making and economic assets that compound the challenges of climate change."

So yeah. In short, climate change is a threat to us all, but given its surprisingly gendered nature let's all keep in mind the UN's recent call to arms: "It is thus important to identify gender-sensitive strategies to respond to the environmental and humanitarian crises caused by climate change."

*Cough* those cozied up in New York at the General Assembly.