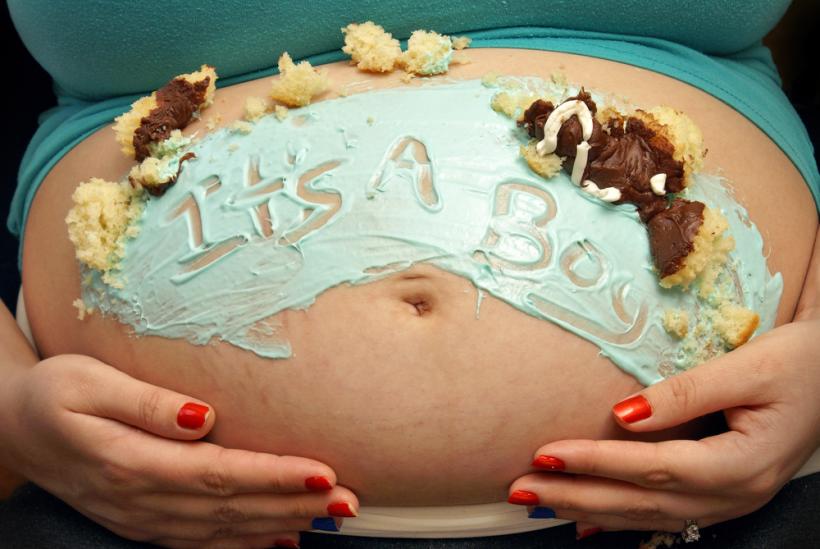 I keep waiting for the wane of the “gender reveal party,” one of the most widely-disparaged-on-social-media parenting trends.

I keep waiting for the wane of the “gender reveal party,” one of the most widely-disparaged-on-social-media parenting trends since white people invented adding y’s to names that don’t need them.

It’s got to come around one of these days, right? So many people have pointed out the absurdity of “revealing” your baby’s gender through aggressively binary stereotyping, let alone the implicit transphobia of assuming you can see gender on an ultrasound, that you’d think parents-to-be would be moving away from it, if for no other reason than to avoid being mocked.

Yet this irritating (and, to LGBTQ folks especially, alienating) custom persists — and on some level, I do get it. When you’re waiting to meet your child, before they’ve had a chance to develop quirks or interests or even a hair color, it’s tempting to grasp at any detail that allows you to start sketching them out in your mind. Plus, who doesn’t like an excuse to have a party and eat cake? Especially if this isn’t your first kid, and no one is throwing you a shower.

Nonetheless, these parties are insulting and reductive.

We don’t need to force gendered stereotypes onto our children before they’re even born, and we definitely don’t need the “trucks or tiaras” framing that chooses some hobbies and forbids others based entirely on genitalia.

We need better options for memorializing impending parenthood than embracing a view of gender that, these days, would be unforgivably sexist in a detergent commercial. I really want people to cut it out already, so here are some ideas for party alternatives.

If you like this article, please share it! Your clicks keep us alive!
Tags
gender reveal
gender
pregnancy
nonbinary