Because “I’m A Human”: Non-Binary Parenting 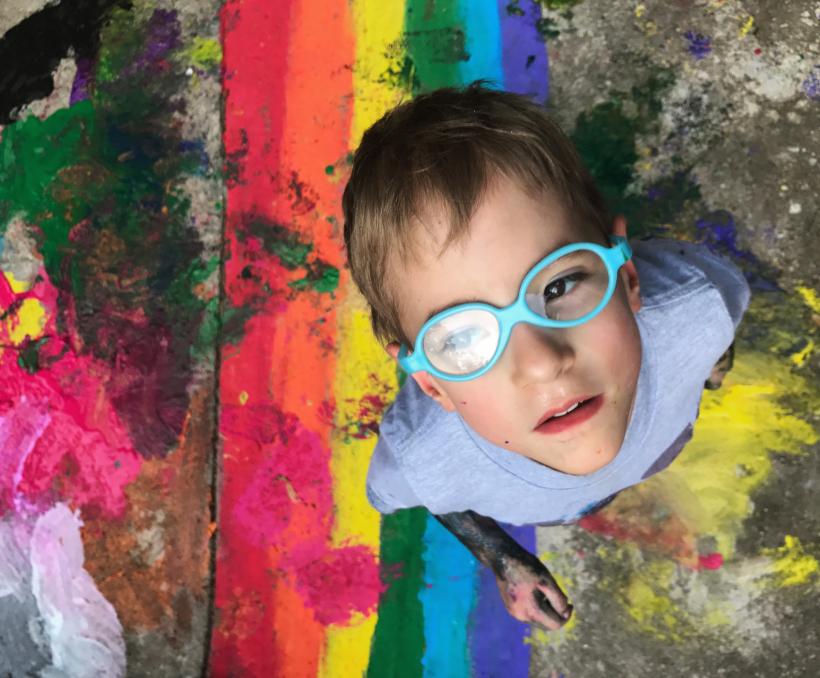 Our society may not yet be post-gender, but our home can easily be.

When I prepared to become a parent for the first time in 2005, I was staunchly committed to raising my tiny new human in the most gender-neutral of ways. We had opted to not learn his biological sex prior to his arrival, and registered for green and yellow baby items avoiding the stereotypical pink and blue at all costs. We declared that he would have access to all the colors, and all the toys, and all the activities regardless of where they fell amongst societal gender norms; and that he did.

Twelve years later, that child is an articulate, sensitive man-cub who is on the cusp of navigating gender and sexuality for himself for the first time. (Godspeed, kiddo). I’ve done a lot of growing, and learning, and evolving myself in both my parenting and politics along the way and in the past few years have begun to realize that in many circumstances, these attempts at gender-neutral parenting, while rooted in the most noble intentions, may not be quite enough. 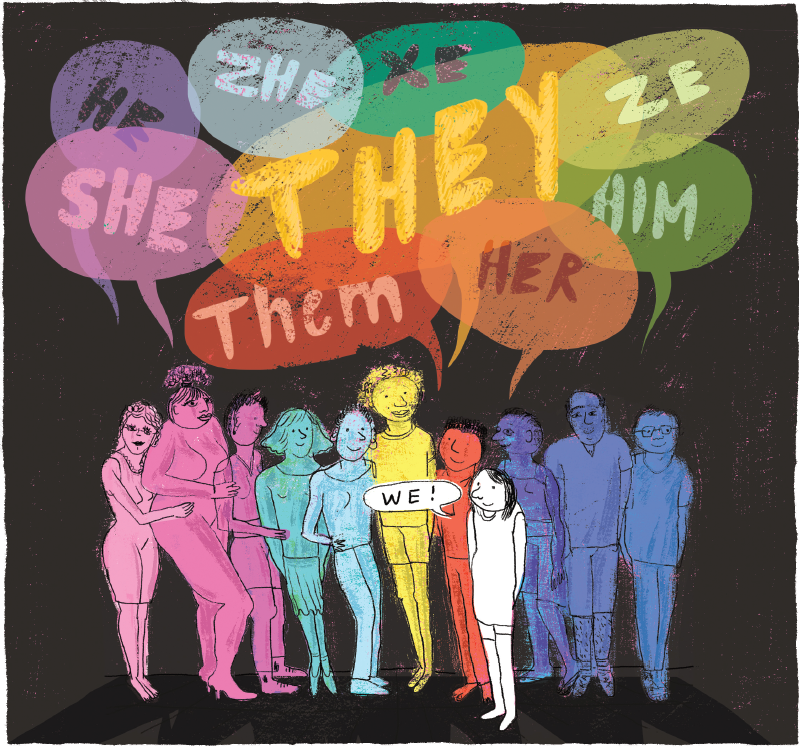 I thought that by now, most folks understood the basic scientific facts that biological sex and gender identity are not the same thing and are not fully linked. I thought that we agreed with my friend Bill Nye that these are spectrums. However, the recent resurgence of Pinterest perfect “gender reveal” parties, photo shoots, and full-blown consumerism has me scratching my head. Now, I’m not here to poo on anyone’s excuse to throw a party, I like parties. Cake! Balloons! Presents! Yes, please! But a sonogram reading of a fetus's genitals does not equal any revelations about said human’s gender identity and baby genitalia is honestly just something I find super weird to throw a party for.

I digress. Stay with me, please.

If you’re thinking that this all sounds a little personal — it is. I spent a solid portion of my own life trying to figure out my own gender and sexuality (also not the same thing) after realizing that my boobs (why?!),  vulva (huh, okay),  tomboy, sometimes femme,  sometimes totally not — combination of body and mind, wasn’t well, “the norm”. Perhaps I’m a late bloomer but I like to thank societal constructs and gender norms, for the fact that it took me thirty years to understand that I don’t need to fit into a box, I can just be.

So, all of this science and life stuff, coupled with the meeting and raising of my now five-year-old human has me thinking about this gender stuff in all new ways. I’ve been catapulted from gender-neutral parenting and have landed with a call to action to break down the gender binary altogether. At five years old, my kid already has lived and lost more than many folks do in their lifetimes. I’ll spare you the full story here but from a complicated pregnancy, surviving the death of their identical twin, to arriving 16 weeks prematurely weighing only 1 pound, it’s fair to say that they’ve been fighting an uphill battle from the start. They continue to slay every prediction placed against them but still, as a person living with special needs and permanent disabilities there is a lot of autonomy they are forced to relinquish on a daily basis.

Considering their start, gender, wasn’t exactly high on my list of concerns; though I’ll readily admit that when I learned I was pregnant with not one but two “girls” I had a bit of a meltdown. Because of feminism, because of fear, because of gender norms, because of faulty thinking. Still, as soon as it was a thing to talk about, it fell off my radar because there were immediately more important things to worry about, like saving their lives.

In the first few years of life, Nova was just Nova.

We used she/her pronouns, and I put a dress on them every so often, but it still wasn’t a thing. We navigated our life and appointments, clothing, toys, and activities in our typical neutral-ish way while defaulting to “girl” here and there. Around their third birthday, however, along with an explosion of language and autonomy came clear preferences that required more attention. They requested a new haircut that involved the word “bald” and refused to wear a dress “ever again.” Along with an even more androgynous appearance, new conversations and trends in responses from our greater world began to emerge. 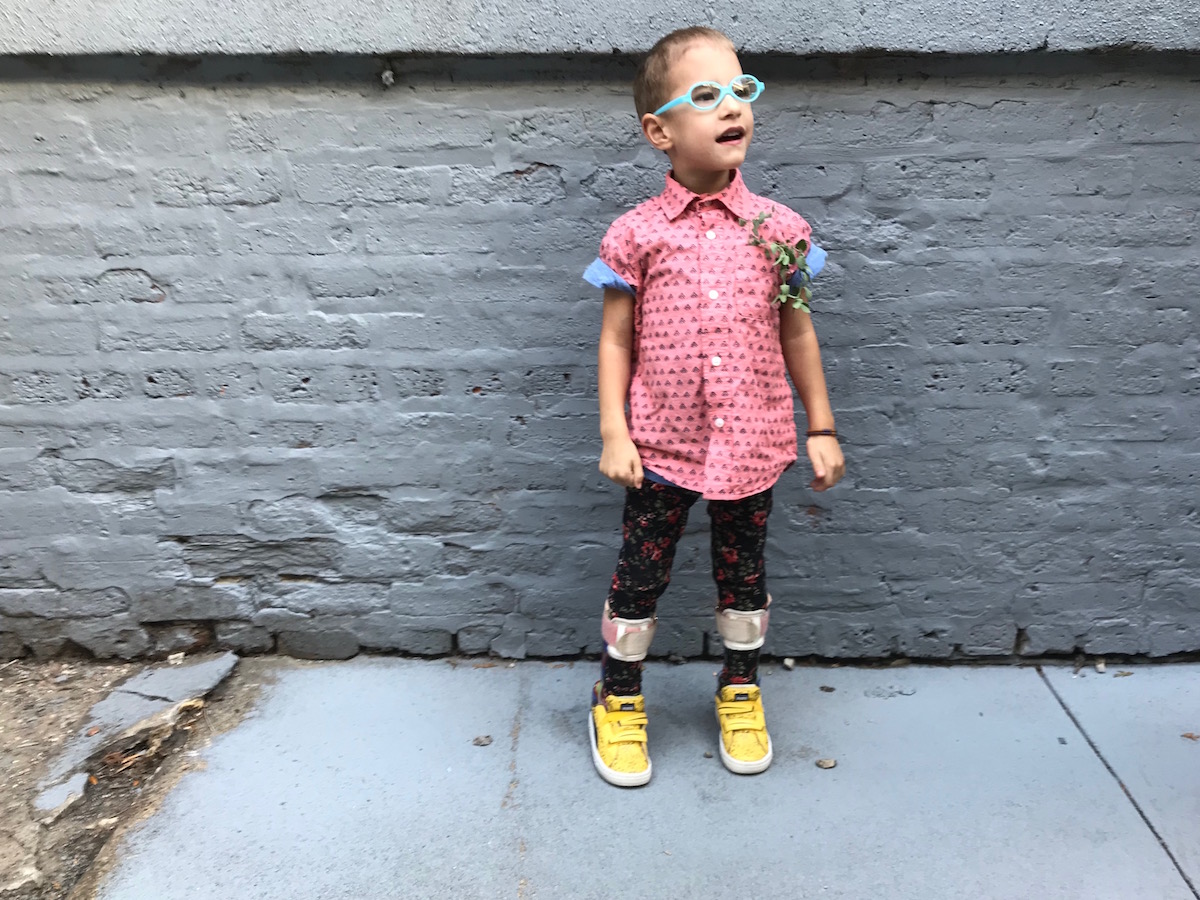 It wasn’t just adults though, amongst children, Nova was very often asked by other youth if they were a boy or a girl to which Nova would (and still will) respond, “I’m a Nova!” or “I’m a human!”. When given this response, very often, people of any age will turn to me or another parent and ask again, “Is Nova a boy, or a girl” to which we will default back to Nova.

What surprised me is how frustrated and confused people are by this.

I have watched adult humans grow visibility annoyed and have had multiple people tell me that they simply don’t know how to talk to Nova without first knowing their gender. 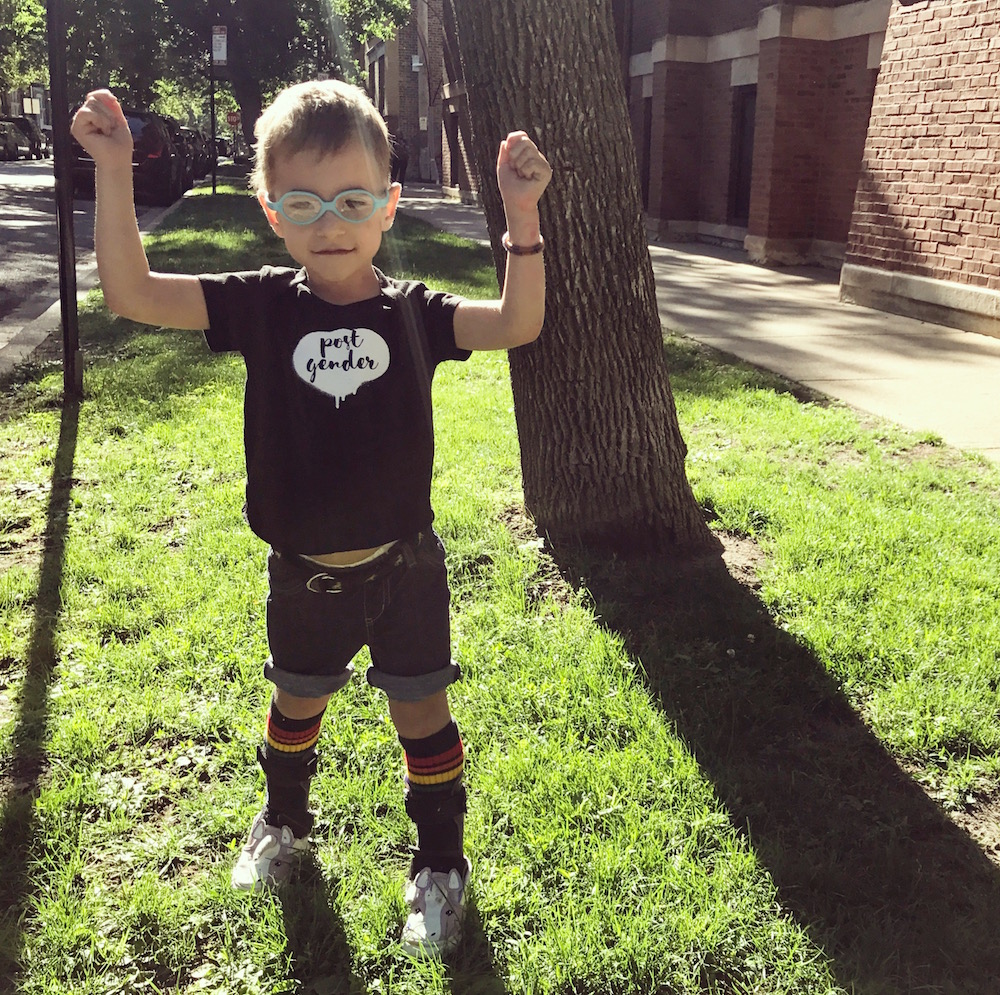 It has been proven repeatedly that we treat even infants differently based on our assumptions of their gender, but it’s baffling to be privy to the fact that the gender binary, norms, and expectations have such a stronghold on so many of us that we literally cannot communicate without their constructs.

Friends, why is this?

I don’t have all the answers, and whatever they are, the answers are admittedly controversial and complex. What I do know, however, is that my household is one with a foundation of respect. Over the past few months, there has been a natural progression of language in our home to refer to Nova with the non-binary/neutral pronouns, they/them, because language matters. Because by choosing or using female pronouns for them based on their genitalia and nothing else, we ARE gendering them and contributing to the binary ways in which others see and respond to them, even if our goal is to remain gender neutral.

The arbitrary concepts of gender are still beyond Nova’s grasp, but with so much in their life out of their control this seems like such an obvious and simple way we can choose to honor who they are. As they grow, develop, and mature, we will continue to respect the ways in which they evolve and identify regardless of who they grow to be.

I’ll be the first to admit that I don’t know where we go from here. However, I do know that they have broken down the binary for me in such a simple way that I can’t pull myself back to it. In doing so, I’m not calling for a total elimination of gender but an acknowledgment that neutrality may not be enough if our thinking is still rooted in a patriarchal binary that not everyone fits into, one that this child of mine definitely doesn’t fit into.

Our society may not yet be post-gender, but our home can easily be.

If you like this article, please share it! Your clicks keep us alive!
Tags
parenting
Kids
motherhood
gender
non-binary
queer