Life At The Intersections: Class, Shame, And Queer Parenting 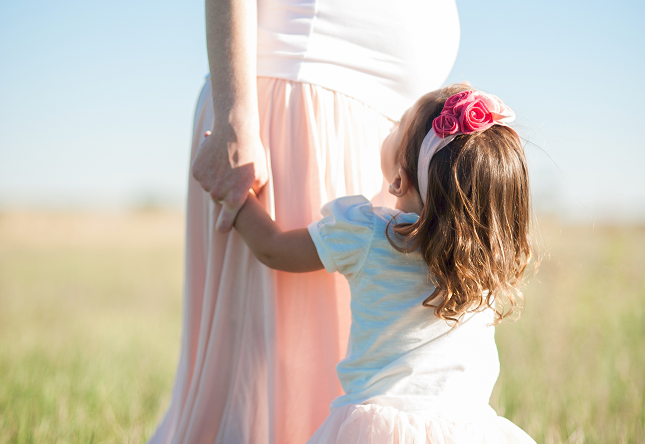 Who's allowed to have kids?

Poor parents can only be good by having parenthood hoisted upon them, and valiantly rising to the occasion. So what does it say about me that I did this on purpose?

Years and years and years ago, I was living in a duplex with several roommates, standing in the kitchen with a friend, drinking tea and talking. I was explaining my profound desire — and plan — to become a mother. She was nodding along supportively as I talked about my various options as a (at that time) single dyke.

“And the great thing is,” she said with a smile, “I know you, you’re going to do this the responsible way. You won’t have a kid until you can have savings set aside, for emergencies, for college, for things like that.”

She was still smiling. I didn’t know what to say.

We are all influenced by where we come from. I grew up in the working class. We were not poor, and sometimes if we reached hard enough we could feel middle class for a week, or a moment, or a Christmas, but in general my family had less money than that of my suburban friends. Neither of my parents hold college degrees, and they were not able to buy a modest home until I was 9 years old.

My parents worked very hard to provide well for their children, and did a pretty great job of it. But I did not graduate from high school with money for college set aside for me. It wasn’t that they weren’t willing to help (and, in fact, they did help — thanks parents!) it’s just that that kind of savings wasn’t something they could fit into our day-to-day reality.

When I gave birth to my son this past year, my wife and I were basically out of money. We had tried to plan reasonably well; we had hoped to have a slight surplus when he came out of my body and into the world, but too many things went wrong. For those of us living paycheck to paycheck, it doesn’t take much.

We were warned that trying to get pregnant, even though we were inseminating at home with fresh sperm (which has a higher success rate than the frozen stuff), could easily take months and months, maybe even a full year, even without fertility problems. We had a little bit of money set aside, but we figured we would set more aside while we were trying. I even took on a second job, making truffles for a hipster chocolate company, to help accomplish that goal.

I got pregnant our second month of inseminations, and I got sick almost right away. Soon my “morning sickness” was so severe that rolling chocolate ganache by hand was physically impossible for me. Soon after that, standing up at my retail job was impossible, too. Far from being able to put more money aside, we ended up having to dip into what meager savings we had during the pregnancy, just to stay alive. We borrowed, we begged. We scraped by, kind of sort of, just barely. We still owe our midwife quite a lot of money, actually.

I look up where the poverty line is, because I’m curious. I’m surprised to find out that I am literally sitting right on it.

There is this idea that gay people, because we have to plan out how we want to have children instead of having them by accident, can plan to have them when we are perfectly ready. There is some truth in it. But in our capitalistic society, “ready” often really means “financially ready.” A proper lesbian mom, it seems, should be career-focused and driven. When she gets around to having children, she will have plenty of money to pay for any necessary fertility treatments.

She definitely will not be up late at night crunching numbers to see if she can take the cat to the vet while praying that more money shows up before the electric company tacks on another late fee and sends another “friendly reminder.”

Someone on Facebook is making fun of people on government assistance again. He posts a meme that says “for the amount I pay in taxes, the least the government could do is send me a picture of the ghetto family I’m supporting.”

“We’d be more than happy to send you a picture!” I post in the comments, “BTW, thank you so much for the c-section. It was great.”

He does not respond.

I tell myself that I’m not embarrassed, and most days that’s true. But that’s not the whole truth, is it? I still find myself trying to justify myself to you. Here I am, assuring you that we tried to plan ahead, that we tried to set aside money, that we’re not those lazy and bad kind of poor people!

White privilege means people give me the benefit of the doubt: They assume I’m just temporarily down on my luck, they assume I have a college degree, they assume all kinds of things.

And sometimes I let them make those assumptions. Because it makes it easier to get through the day. Because I once had a job for six months before my employer mentioned that of course a bachelor’s degree was a requirement for my position, and then he found out that I never really went to college. Because I have been taught, over and over again, to be ashamed.

I wonder if my son will hate me for raising him without “enough” money. I don’t know the answer to that question, but I think that he probably will, at least some days, maybe when he’s 15. That thought, more than the others, haunts me.

Who’s allowed to have kids, though? Ultimately, that is a question that we are, as a culture, asking. When we vilify poor and working-class parents for “irresponsibly” having children, we are setting the bar of parenthood out of reach for many. We are saying that parenthood is a luxury that can be granted to the middle and upper classes only, but never to poor folks. Poor folks should know better. Poor folks should hate their lives enough to never want to share those lives with a child. Children are for accountants and school teachers, not for janitors and agricultural workers.

Not for part-time retail employees.

I try to read queer parenting blogs, looking for some camaraderie, but they lose me. They lose me when they talk about how much they were able to set aside for IVF and how that really nice preschool was worth all the money. These are supposed to be my people, but these are not my people.

The liberal narrative is that queer parents are good parents because they want their children so much. That means planning. That means money. Poor parents can only be good by having parenthood foisted upon them, and valiantly rising to the occasion. So what does it say about me that I did this on purpose?

When my wife leaves the house, to catch the bus, to go to her service industry job, it’s just me and the baby. I ask him “who is mama’s BABY?” and he smiles and laughs and coos. I fly him through the air like he is an airplane. I pretend to eat his chubby belly. I hand him toy after toy after toy, and he hoards them all like a baby dragon. He wobbles and weaves and pulls them all closer to his little body.

When he is busy enough, I go to the kitchen to start dry beans for dinner. Dry beans are cheaper than canned beans, and we don’t have much for groceries again this week.

Soon he is calling for me again, and we play, and I try to get some work done, and eventually he goes down for a nap. And the day gets away from us, like it always does eventually, like I think it does for all parents. I am standing here in my tiny cheap apartment in a cheap city in thrift-store clothing holding my sperm donor baby, but I could be any parent, really. In these moments we are not so different.

When my wife gets home, I make tacos with the beans. We sit down to eat together as a family, at our tiny wooden table.

In this moment, I feel rich.

In this moment, I do not feel ashamed.

If you like this article, please share it! Your clicks keep us alive!
Tags
LGBTQ
parenting
working class
queer