Confession: I Was Raped At 15 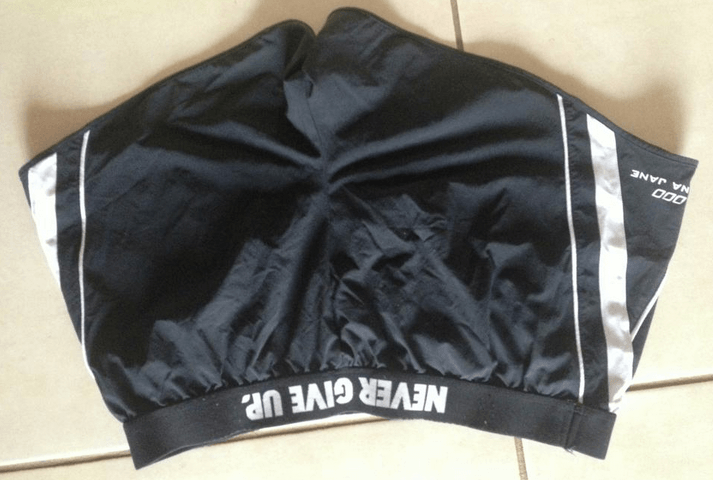 When I bought my first gym clothes at age 12, I had no idea that I would be raped in their presence three and a half years later. (Nor did I realize that pimples wouldn’t last forever, and I wouldn’t always have a crush on Shane West.)

You just can’t predict these things. When stuck in the throes of such intensity, in the crushing jowls of fear and anger, it's impossible to know if you'll ever reach the light at the end of the tunnel—or if it's even there.

But it was. And I did meet it, nearly a decade after the incident.

Even as a drunk 15 year old, I had a notion that something was amiss at the party I had been enjoying. My friends and I drank a lot at a young age, but we weren't rebellious in any other way, so we had very little exposure to questionable characters. I lied and told my parents I was going to a "slumber party," and then we invited a bunch of upperclassmen boys over.

One began giving me a strange feeling. In the midst of noting this, I pondered the presence of the older boys.

Why did they want to hang out with me? I wasn’t that popular. Why did they refuse to drink?

Then, there was a look in the eyes of that one. His gaze spoke of hungers warping his mind, and the desire to test boundaries. I’ve seen this look since, though I can’t assume it always indicates a rapist.

Because of my suspicions, however vague, I changed out of my party dress and into those old gym clothes. I tried to hide and sleep off the alcohol, but it didn’t matter; he found me. I heard him unzip my sleeping bag and slip in beside me. He whispered it was “okay.” But the moment he shoved his clammy fingers inside my vagina, I knew things weren't "okay." Instantly, I felt ashamed. Logic dictates that I should have caused a scene to make him stop, but I was instantly overcome with a desire to keep it a secret. My whispers were ignored, my body was weak. Time passed. I found that I literally couldn't move as he violated my body. Finally, I gathered enough physical strength to push him off. When I did, he acted as if I were being dramatic. Though my memory is hazy, I recall him throwing me a wounded puppy face and fake surprise.

It may sound crazy, but I didn’t understand what had happened. I turned the situation over in my head for months to make sense of it. I talked about it obsessively with my best friend. One day, jumping on my bed, I said, “Well, maybe I just didn’t say ‘no’ convincingly. And it was only with his hands.” In an exasperated tone, she responded: “Listen to yourself. If you said ‘no’ at all, that should be ‘convincing’ enough. Face it. He raped you.”

I stopped bouncing. My racing brain froze. The awful thing that happened to women in books and movies was my reality. I couldn’t process it. In many ways, I was still a child.

That moment stood at the crossroads of recovery and self-loathing; it was both the beginning to a 10-year recovery and my total unraveling. I suppose things were bound to get worse long before they got better.

For years, I was unrecognizable. I gained weight, lost weight and hid my body. I was irritable at best and downright mean at worst. I became afraid of everything. A loud noise once frightened me while I was home alone, and I locked myself in the bathroom crying—for three hours. My grades stayed decent, so I was able to feign some sense of normalcy to teachers and family.

If a boy expressed any interest in pursuing sexual activities with me, I assumed he wanted to hurt me.

But perhaps worst of all, I deeply believed what had happened was my fault. Something about me had clearly transformed an intelligent young man into a despicable rapist. When I endured mistreatment from other men, this thought lingered. Be it the threat of violence, stalking, sexual harassment or another attempted assault, I truly felt I was the Chemical X that made good boys go cray.

Yet, I was also deeply hypocritical. When other women would verbalize the blame they placed on themselves, it felt so obvious that they were assigning blame incorrectly. I, on the other hand, was a monster-inducing temptress. Dun dun dun . . .

But . . . ever so slowly, event after event brought me to a better place.

Finally, I started dating a boy mature enough to discuss my past. At first I assumed that because he was male, he’d most certainly take the rapist’s side. But he didn’t. Instead, he showered me with love, patience and understanding. After a few months, I found myself—for the very first time—enjoying and craving sex. At age 19, I ran to his kitchen one night, covering my naked body with his blanket, laughing over some inside joke. He followed me. I turned around and said, "I like having sex with you." I watched waves of emotion wash over his face. I thought he would cry. Instead, he took me in his arms and whispered: "I'm glad."

The next boyfriend, *Jackson, took things a bit further a few years later. As we were having our final breakup talk, he told me that he was still bothered by the way I both perceived and reacted to my rape. Not only was I still convinced it was my fault, I still harbored an underlying fear toward men. I nodded. I thought about it. But nothing shifted in my mind.

A few months later, however, something surprising happened. A former, obsessive pseudo-stalker of mine (decidedly not my rapist) reached out. (Through safe means.) He apologized for everything he had done, took full responsibility for his actions and then, dropped four magical words: “It wasn’t your fault.”

My theory that I was an evil-inducing female who transformed nice men into miscreants was beginning to crumble. While the truth—that my body, clothes, demeanor and vernacular were innocent in the crime—was enlightening, my old theory remained oddly comforting. I believed that if it was indeed my fault, I could, in turn, control what happened to me.

I was all tangled up and the burden of fear, anger and vulnerability left a physical weight on my chest. I went to sleep one night, paralyzed by frustration. Here I had all the tools to recover, but couldn’t seem to reconcile all my tumbled thoughts and experiences.

Then, believe it or not, I experienced the cliché of all clichés: I had a prophetic dream. Like Sleeping Beauty, I was imprisoned by a spell of some sort. I was looking down on myself, but I couldn't see my own face. When an invisible force tapped my sternum, I felt this explosion of sorts inside. Suddenly, the room was in color (I hadn’t realized it was in black and white before). I felt an icy weight in my chest disappear, a weight I hadn't previously registered. I was sputtering, as if I had expelled water from my lungs. And then I woke up. I took a gasping breath, and knew that things had changed in my waking life as well.

I actually felt lighter in my chest. Everything in the world actually looked different. My cheeks were wet with tears. In many ways, I had never really left that hateful spot under my rapist’s pasty body that night—I realized then how much anger I had suppressed. I had been trapped by my own unresolved issues. Holding on to anger only gave him control over me. Looking out the window, I finally let it all go.

After nearly a decade, I felt like myself again—the silly girl who was excited about her new gym clothes. Years after this breakthrough, I remain the same transformed woman. I know she is here to stay.

The woman I am today is again, unrecognizable to what I was once was. Even looking through old pictures, I see a difference. That hollow look in my eyes is gone; in her wake is a happy, confident person.

Not a day goes by that I'm not thankful for banishing my burden to the past. I hadn’t realized how bad I had gotten until I was better.

I’m reminded: I'm damn strong. We're all damn strong. Trauma seems to be part and parcel of the human experience. My story is not unique, my struggles are not my own. All we can do is count on our resilience, our resistance to succumbing. And—despite everything we endure—that’s something worth celebrating.

If you like this article, please share it! Your clicks keep us alive!
Tags
confession
Rape
trauma
growing up
Memoir
confessions
sexual abuse
Sexual Assault
Relationships
Sex
no means no
#YesAllWomen
#NotAllMen