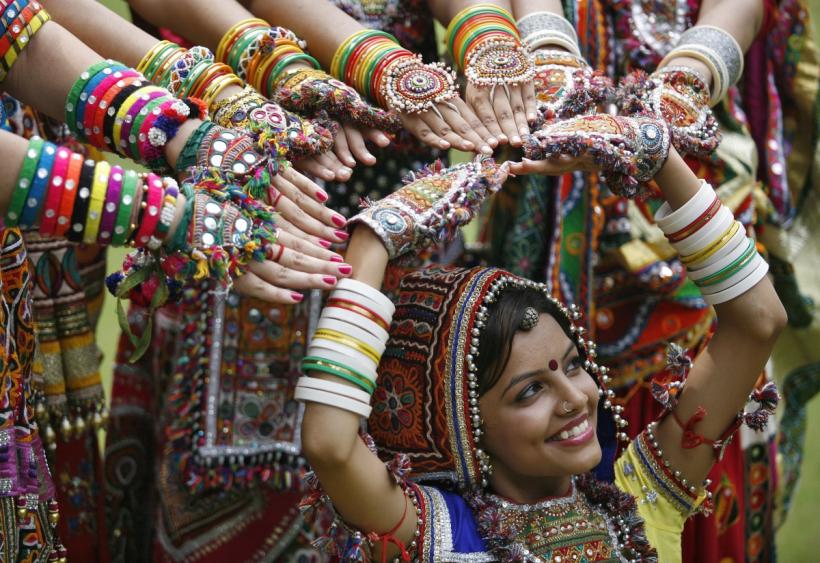 Here's something we could all use a little more of: female divinity parties.

In India, Navratri (meaning “nine nights”) gives proper due to all things women with a nine-night extravaganza featuring community participation, dances, singing, meditation, prayers and fasting. The merrymaking kicks off the night after the new moon day that comes between mid-September and mid-October, and culminates in the Dussehra or Vijayadashami celebration on the 10th day. This year's festivities began on Wednesday.

The entire festival is divided into three sets of three days each. During the first three days, spiritual strength is invoked to destroy the mind's negative tendencies. The next three are designed to worship Goddess Lakshmi, who bestows material and spiritual wealth. And the final three give due to Goddess Saraswathi, provider of knowledge and spiritual wisdom. The festival also involves fasting; some take one meal a day, others consume just liquids during all nine days, and in many houses, Navratri is a time for feasting on specially made vegetarian snacks.

The festival also makes sure to let the good times roll. In the state of Gujarat, Navratri is celebrated with dancing that begins at 9 pm and lasts until midnight. Entry to the dances is mostly free for women, but men are expected to pay.

Navratri is so prominent, it's even hit the headlines stateside. Indian Prime Minister Narendra Modi, who is visiting the United States on an official visit, will be fasting for Navratri, and the White House has agreed to respectfully accommodate his wishes.

Female Feting Around The World 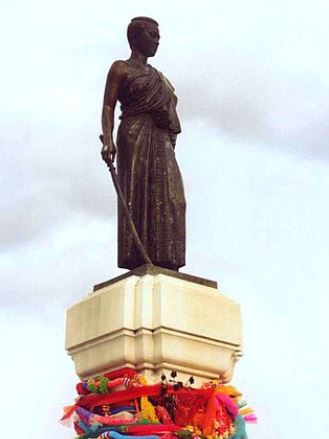 While we lack a female-worshipping soiree stateside (what gives, America?), other festivals around the world similarly focus on the female sacred. Incas of ancient Peru worshipped Mother Earth and today, in Puno, Peruvians respect that ancient tradition by dancing for two weeks to thank Mother Earth and The Virgin of Candelaria for providing them with the necessities of life: food, water, clothing and housing. In Bolivia, thousands of pilgrims dance to ask Mother Earth and the Virgin of Urkupina for material goods and riches.

In Thailand, the Thao Suranari Festival honors Ya Mo, aka Grandma Mo, a female warrior who seduced Lao soldiers, got them so drunk they could no longer defend themselves, then either elicited Thai soldiers to launch a surprise attack or cut off the heads of the enemies herself and dumped them in a nearby pond—depending on which version of the legend you believe. The festival includes not just singing and dancing, but (yes) body building.

As for here, the closest thing we have to a female-celebrating tradition is the Miss America pageant. Thanks, but no thanks; we'd rather be dancing until midnight for free, worshipping the female divine.