What the Hell Are 'Circuits' And Why Isn't Gay Marriage Legal Everywhere Now? 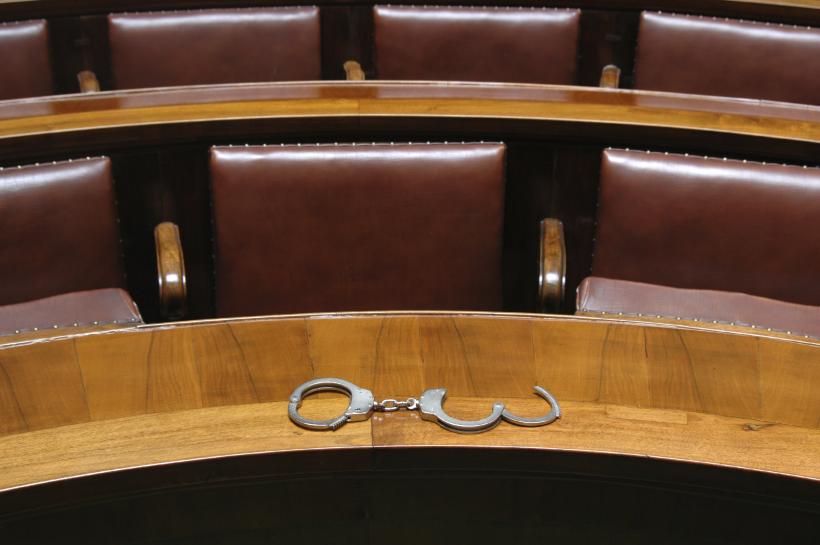 Well, at least one cuff is off. (Credit: ThinkStock)

The political overlords of America have (sort of) spoken: Gay marriage is now legalized in Indiana, Oklahoma, Utah, Virginia and Wisconsin. As subtly as Beyonce dropping her new album, SCOTUS quietly refused to review seven cases (hailing from those five states) regarding the ban on gay marriage.

But unlike Queen Bey's clandestine album-drop, the consequences of SCOTUS's seemingly hush-hush decision could have sweeping implications for society; the Supreme Court's refusal to consider said cases has granted these five states the green light to begin performing hotly contested unions, and this number is only expected to grow in the coming weeks.

Is this a Monday hallucination induced by post-weekend mental malaise? Not even close. Because this is politics so the cognitive dissonance feels similar. Let's untangle our brains shall we.

How The Circuits Work

As the wise Britney Spears once sang, "all eyes on me at the center of the ring—like the United States Court of Appeals for the 4th, 7thand 10th circuits."  If Britney is the center of the ring, she is the United States Supreme Court. All the "eyes" on her are the cases that want legal acknowledgment. Like Britney, SCOTUS can't look or weigh-in on everything; there are far too many cases to consider with the resources they're endowed. Because of these restrictions on the space, time and resource continuum, the vast majority of cases end long before SCOTUS attention is possible.

Instead, they're determined by the U.S. Courts of Appeals (also called "circuit courts"). The country is separated into 12 circuit courts consisting of multiple states, but will never split a state in half. (One circuit is mostly invisible in that pic, but it's the D.C. circuit).

One more circuit, The Federal Circuit (not based on region, but rather category of case), brings this number to a lucky 13. The territory of each circuit is in turn, made up of yet another, lower system of courts called district courts.

Cases are brought to its region's Court of Appeals when the execution of the law has been questioned at the district court level post ruling. The primary goal of bringing said cases to the circuit court level is to determine that the law was indeed upheld in lower courts.

In this instance, circuits 4, 7 and 10 previously found that gay marriage bans were unconstitutional (remember: they just determine whether the law was honored). All the states that fall under these circuits are bound by the same ruling. While ostensibly it seems that Indiana, Oklahoma, Utah, Virginia and Wisconsin could go ahead and throw a rainbow-glitter party after the first circuit court ruling deemed a gay marriage ban was unconstitutional, they need to hit up SCOTUS first.

Interestingly enough however, in all seven of these cases that circuits 4, 7, and 10 filed, SCOTUS refused to consider any of them. Using our trusty Britney metaphor, it's equivalent to a group of fans asking her: "can we throw a Britney Spears themed party tonight?" and Britney replying, "Whatever. I'm acknowledging your desire, but I'm not endorsing it." This allows the three circuits to administer the same law around their respective regions (regardless of specific state-to-state concerns), but under odd circumstances.

So, What Does This Mean?

As soon as the rulings against statewide bans go into effect, gay marriages can happen, like, all the time. Following this, four other circuits (5th, 6th​, 9thand 11th​) are contemplating same-sex marriage bans as well. Some states (like California, which is in the 9th), already allow gay marriage, but passing a circuit-ruling affects multiple states at a time, like we're seeing today.

So why did SCOTUS decide to plead the fifth? We jest.

In truth, it's hard to say exactly. As much as we'd like to believe that the Notorious RBG shut down them SCOTUS haters (looking at you, Alito and Scalia), it's much more likely to assume that this is, as always, a political scheme of sorts. The nuances of these big cases always include legal gibberish that leave room for further interpretation. (And manipulation.)

The issue of marriage has weighed heavy on SCOTUS' shoulders for some time now, and their rulings on it have been head-scratching at times. For instance, ultra conservative Justice Scalia helped overturn Prop 8 (California's ban on gay marriage). His reason for doing so had less to do with his Grinch-like heart growing three sizes, but rather the theatrics of politics dancing behind the rule. You know, things like preserving alliances, picking battles, and harvesting potential quid pro quos for the future.

Don't hold your breath for the season 3 of House of Cards. This real life drama is going to be far juicier.