The Damaged Wheel And My Broken Heart 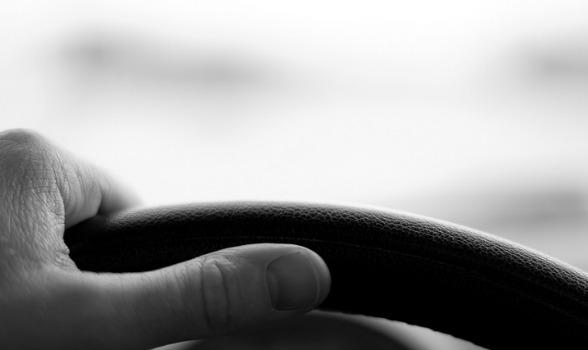 Raymond B Jennings III OF The Good Men Project
SHARE

We reached that point in our relationship where one night Debra asked me to drive her car. I felt honored that she would not only trust me with her car but to drive her and her two children on a 50-plus mile road trip.

Debra had a 2007 Kia and once I was on the interstate I could feel this terrible shudder coming from the driver's side front wheel. It was not the usual shaking of the steering wheel when one or more wheels are out of balance; this time it felt more serious. I asked her how long this problem had been happening. "It's always been that way," she replied simply. She was quite unimpressed with my concern.

As the experienced albeit amateur mechanic that I was, I immediately started working through the possibilities in my mind as to what could be the cause of this front-end auto problem. Maybe it was related to a wheel bearing, a tie rod, a control-arm, part of the sub-frame or damaged tire tread.

After our weekend together I left my car with her and drove her car back to my place in New York, 75 miles away. Even though I was an amateur mechanic I had a garage that many commercial car shops in town would envy. I dismounted the suspect wheel and tried balancing it on a commercial spin balancer machine. Immediately I could see just how bent this wheel had become. My guess is that she had either run over a large object, drove over a curb or hit a massive pothole.

I confronted her, quite critically about why she did not act on this sooner and she replied nonchalantly, "My mechanic never said anything about it." You did not need to be an auto-mechanic to realize the seriousness of this problem. I wondered, how could someone let something so important, the primary vehicle that she used to drive her children, get so badly damaged and do nothing about it? I would be asking myself a similar question in the coming months. I was always an efficient problem solver, general researcher, handy man and overall factotum. I would frequently find myself obsessing over things, losing sleep and becoming consumed until the current problem was resolved. I immediately started looking for an original replacement wheel and within a couple of days I found a used one in good condition for sale on an Internet website. A few days later the wheel arrived. I mounted the tire, balanced the wheel and this problem was solved. The car was running smooth again.

There would be many more repair projects in the coming months and not just auto-mechanics. There would be tricky aluminum electrical wiring, plumbing issues, cracked masonry, new carpentry, wallpaper removal and appliance repairs, to name just some.

Part of the need for me to work on these projects with Debra was a sincere interest in the work and problem solving experience. I had left my uninspired marriage about a year previously and I was no longer a homeowner and as such I no longer had an outlet for my desire to work on various home improvement projects. Debra and her condo readily provided this needed outlet for me. There was also another need, a need to feel wanted.

Growing up I came from a home that was not particularly warm or loving. It was a place where nobody talked or expressed their feelings or emotions about themselves or about others. My parents had their fair share of marital problems since I was a young child. I tried to stay out of everyone's way mainly by keeping a low profile all the while having the bedroom right next to my parents, which did not help me in my desperation for a mental and emotional escape.

As I got older I focused on working part-time jobs while I finished high school, which kept me out of the house but also made relations worse for me with my parents and with my older sister. I did not know it at the time but I was suffering from severe depression. Although there was never much love to receive at my childhood home I was always in search of the elusive emotional feeling that I craved so much since my early teenage years.

All of the missing love and warmth in my life I would find in Debra and her two children. As Debra and I settled into our relationship we had our nightly routines. After her kids went to sleep we would lie in bed and I would read to her. I would read anything from a magazine article to a non-fiction book that we would keep working on each weekend that we spent together. I would run my fingers through her hair as I read to her until she slowly fell off to sleep. Frequently I would have to reread a number of pages in our book because I had not realized that she had fallen asleep and she would wake up and want me to go back to the part that she last remembered. I doted on her whenever possible.

The Sunday night blues would always kick in, as I would be thinking about how I would need to get up early in the morning to leave for my job and not return until the following Friday night at the earliest.

I referred to myself as the "weekend boyfriend," a role that I would try my best acting out but in the end would fail miserably. The days during the workweek, the time we spent apart, increased my depression greatly. I would have weekly sessions with my therapist and see my psychiatrist once a month. Despite seeking psychological help I had become so dependent on Debra for my well-being that Monday through Friday I had difficulty functioning outside of the basic life functions. I was constantly on edge and had difficulty interacting at work.

I worried about Debra day and night. I worried if she really loved me, if she was in it for the long term, if she really wanted to get remarried and have a blended family. Here she was, someone who said that she loved me and all I could do was worry about it and doubt it. Something I was in search of for so long and I would not know how to handle it properly when I had it.

When we were not talking about or working on projects around her condo we would go out, on actual dates, which was practically a new concept for me after my failed marriage. A couple of times we would venture out to look at diamonds for a possible engagement ring. Sometimes she would find a real estate advertisement and she would ask me in her demure voice, "We could afford this place?" I would look at the listing price and calmly say, "Yes, absolutely."

This crumbling house would be one problem that I would not know how to solve no matter how much time I obsessed over it.

The days of joint home ownership excitement with Debra would disappear. Debra would worry about how she would be able to afford such a house if something were to happen to our relationship and she only had her income to pay the mortgage with. Sure, she wanted to upgrade to a bigger place to live but her small condo was a given since she owned it outright.

My relationship worries had become too overbearing for Debra and our relationship was slowly coming to an end. Between my depression, constant worries and fear, I had driven us apart. Debra now felt that she could not rely on me as a long-term partner.

I was so critical of Debra for letting her car wheel get so damaged over time and yet I could not see how damaged I had become, damaged by fear of abandonment and losing something that I spent most of my life in search of.

We agreed to meet one Monday morning to say our farewells. As we embraced each other in a city parking lot I felt as though I could not remove my arms from around her. I knew that it would be the last time I would see her.

We both got into our cars and drove off in opposite directions into the morning city traffic. I had a long commute to get to my job that morning but I wanted to stop at Debra's condo one more time.

I returned to the condo to make sure that all of my belongings were gone. I did not want Debra or her kids to have to be reminded of me although my presence was in fact wherever I looked; my handiwork was on display everywhere. I looked all over and my belongings were all gone but my broken heart was still there. I went from room to room looking at projects completed, a few that needed a little more work, a little more time and maybe just a little more love. As I moved from room to room I took pictures. I never wanted to forget the images, the images of the rooms where I felt such love. I had no idea how long, if ever, I would see such images and have these feelings again. It felt like hours before I made my way back downstairs. As I walked out the door for the last time I turned around and stared at the front door of the condo. I took out my camera and took one last picture, a picture of the badly damaged car wheel shoved under the chair on the front porch. It was just sitting there as a final reminder. A reminder of how we all can let things go as they become so damaged.

This story first appeared at The Good Men Project. More from our partner:
"10 Huge Mistakes Men Make In Love"
"Here's Why I Don't Want To Cheat"
"Breast Cancer: Loving For Who She Is, Not What She Lost"

If you like this article, please share it! Your clicks keep us alive!
Tags
personal essay
Love
Relationships
good men project

MORE FROM Raymond B Jennings III

The Damaged Wheel And My Broken Heart
Raymond B Jennings III