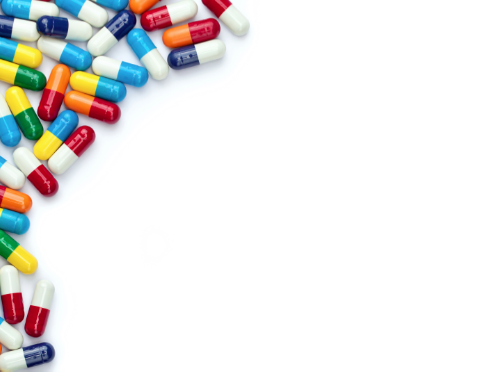 Six years ago, a personal tsunami hit. And by tsunami, I mean a force that drags you underwater before you can take a breath. I mean something so big your jaw drops and you know that there’s no one and nothing that can save you. And it was just like that—a series of killer waves set in motion by an endless series of prescriptions written by a khaki-clad, new age doctor I’ll call Dr. Amazing.

Six months after that first prescription, I was in a surge of water so deep I could barely see. I feel lucky to have made it out alive.

But let me back up.

In 2008, my first child was born. Five days after his birth, Cassius was diagnosed with Down Syndrome. This was a stunner. I was beyond unprepared but to tell the truth, I was so in love it wouldn’t have mattered if he’d had two heads. He was my dream boy.

But six months later I was pregnant again. We hadn’t planned this. We had a new baby who was just beginning physical therapy; I was pumping milk at all hours of the day and night with my mommy bondage bra because Cassius couldn’t latch on. Things were raw and fresh and tender and I had no idea how a new child would fit in. But I was baby-euphoric. I was so high on the hormones of motherhood and milk that I felt nothing could knock me off the clouds. A new baby. I dreamed about her: a little blond girl in cowboy boots and a white dress writing her name in silver script. Then, two weeks after my visit to Planned Parenthood, I stopped sleeping.

This was the first seismic wave. I was familiar with the strange sleep of parenting, the nights where sleep is staccato and thin. But this was different. I sat on our micro suede couch in the living room and watched the night rise up and die in front of me. And it went on, night after night. After three days, I hallucinated a black dog behind me. I screamed, terrified the dog would get Cassius. There were shadows everywhere. My arms and legs burned as if bees raged under my skin. I saw sleep specialists, a naturopath, my nurse midwife and any number of doctors. All of them said that because I was in the first trimester of my pregnancy, there was nothing they could do.

We later determined that my adrenals had flipped. They were shooting a fire hose of adrenaline and cortisol into my body at approximately 9pm every night. At month three of my pregnancy, I walked into my nurse midwife’s office on the verge of a psychotic break. A meeting was called. It was determined that because I was on the cusp of my second trimester, I could take drugs. I took home a prescription for Ambien CR and it gave me the haven of four to five hours of sleep a night. Despite this, I’d often break through the pharmaceutical haze and wander through the house half-cocked. I tried to take the car for donuts. I wandered into the neighbor’s back yard. During the day, my heart would thrash in my chest like a frantic bird.

My baby, I thought. What is this doing to my baby?

What I didn’t know then is that Ambien is a close relative to a family of drugs called benzodiazepines or benzos. Xanax is a benzo, as is Klonapin, Valium and Ativan. They’re all in the sedative/hypnotic family and they top the list as some of the most widely prescribed drugs in the Western world. They’re dispensed like candy for everything from insomnia to bereavement to muscle spasms and anxiety. The tiny print on the warnings for these drugs state that they should not be used consistently for more than a few weeks.

Upon cessation, they can cause rebound insomnia and anxiety at best, fatal seizure at worst. Research has shown that their efficacy decreases after the first week. After six weeks, efficacy not only drops to zero but the original symptoms often increase. But by then, you’re hooked. Physical dependency is swift and brutal. I didn’t know any of this. When Jonquille was born I cold-turkey’d off the Ambien. I didn’t have a seizure but rebound insomnia brought me to the edge of the cliff again. I had two babies and was soon clawing at the night. I’d heard of a doctor who specialized in adrenal imbalances. This was my Dr. Amazing.

I received my first prescription for Ativan, one of the high potency, fast acting benzos, on January 28, 2010. Dr. Amazing assured me that my adrenals would right themselves if I could get sleep that would allow my body to heal itself. I nodded with relief. He was a specialist. I could trust him. The first night, it was as if someone had taken a two-by-four to my head. I was out for seven hours straight. Two weeks later, I was again struggling. The water was rising. Dr. Amazing tripled my dosage from 2mg to 6mg in the space of six months. Then, the tsunami hit.

On a Tuesday night in September of that year, I fell in the kitchen. All signals that normally made their way to my legs simply ceased. I crashed against the kitchen table. Bruises started to appear. Eating became an act of will. My stomach would cramp as if a Rottweiler had sunk its jaws into my belly. I began living on protein bars. My weight dropped precipitously. Friends worried that I had an eating disorder. Still, I convinced myself that I was simply struggling with the perils of motherhood. It was hard —harder than I could have imagined. My fatigue was mama fatigue. Nothing more. I told myself to buck up.

And then, the inconceivable happened.

It had taken half an hour for me to get Cassius and Jonquille into the car. We needed milk and diapers and a number of things I could barely remember. I’d begun making lists and then forgetting them. List after list after list. I put my purse in the driver’s seat. I sat, exhausted for several minutes before starting the car. I backed out and took a side street that would wind up to the grocery store. A strange heat rose up in my head and minutes later, my vision started fogging to black. I could feel my car swerve. I jacked the steering wheel to the right. A car horn screamed. The world was still black and hot and my children were in the car. I panicked and braked as hard as I could. The horn stopped. I’d come inches from driving headfirst into an oncoming car. The SUV drove around me and the driver leaned out of his window to give me the finger. That’s right, I thought. I’m totally fucked.

It took four months to find a doctor who could get me off the benzos safely. I was terrified. If we went too fast, I could have a fatal seizure. But the slow pluck of Ativan from my brain was torture. I couldn’t sleep. I had strange electric shocks that would bolt up through my head. I kept falling and lost even more weight. I thought of ending it, of walking into some glen with light sparkled leaves and leaving this world. But I’m too much of a fighter. I refused to fold and I refused leave my children that way.

Instead I decided to hold on. The water swirled around me. I began blogging about the dangers of consistent benzodiazepine use. A world of people who were also suffering opened up. I received letter after letter of people asking me to keep writing, to let the world know. It took nearly two years for me to pull the drugs from my brain, two years for the tsunami to recede and leave me on dry land.

I lost a strong nervous system and a husband in the tsunami. What I gained was a new voice, strong spiritual legs and awe at the simple beauty of ground beneath my feet.