"Go Find The Beauty In People And Tell Them": Interview With Calvin Liu, Co-Creator Of Outpour App 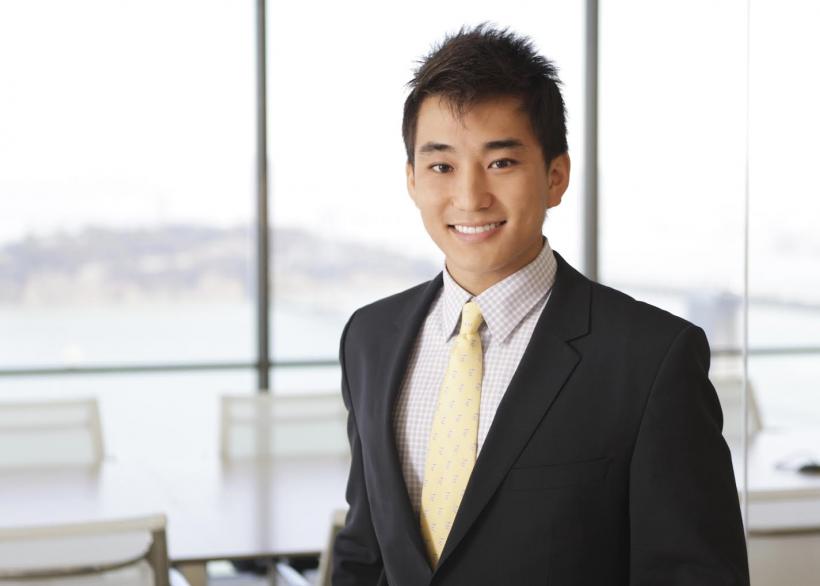 Although often—especially in an era of Gamergate—online interactions seem wholly noxious and bent on the destruction of others, to fixate solely on this negativity is to miss a whole realm of positivity that exists. In fact, there's a new app, called Outpour, designed specifically to seek out and bring positivity and affirmations to others through an anonymous social media platform. Here's the gist: You download the app, set up a profile (using your name), then leave words of praise on friends' profiles. The recipient will see the kind words, but don't know who sent them.

Sound like a bullying disaster waiting to happen? Not so fast—the app is designed to make utilizing it for nefarious purposes difficult. Users are allowed just one profile (using their phone number as an ID), so multiple accounts for trolling purposes is tricky right away. Also, as Wired pointed out, similar anonymous apps—like Secret—allow general venting on a larger platform. Outpour, however, requires the user to seek out a profile and physically leave a message. For the average abusive naysayer, this requires more effort than he or she is likely willing to expend. Though these messages are anonymous, recipients can block users who send cruel messages. Moderators, in turn, investigate instances of blocking and may ban users who are blocked by multiple people.

Intrigued? We certainly were! Co-creator Calvin Liu was kind enough to answer our questions on his app, the value of positive communication and his vision for the exchange of affirmations in the future.

What was your inspiration for the app?

I used to work in investment banking and then consulting and I never really felt aligned with my work, never felt mission-driven. But I knew I wanted to do something that tangibly helped human beings. Last holiday season, I delivered handwritten notes to my friends as a present. Afterwards, a bunch of my friends got together, shared their own messages, and triangulated on the fact that I wrote them. Though I did it with no expectation of reward, it ended up being one of the most rewarding, win/win things I’d ever done. I realized that this type of behavior, expressing overt appreciation, is so easy, and has such a big impact—if you can make someone happy each day you’re changing the world—yet it just doesn’t happen very often. So I thought, this is a big problem, we should try to socially engineer a platform to solve it, to get more kind things said more often to more people.

Do you think anonymity is the future of social media outlets?

I think it’s going to be a really huge part of the future, yeah, in a lot of different ways. For example: I think data collection is going to be a huge part of the future, and that will necessarily be pretty anonymous because people are really privacy-sensitive. If we’re going to have self-driving cars—hypothetically—those cars are going to want to know the patterns in which we travel. But we’re going to want those patterns to be anonymous. So as more and more data get collected, I think people will emphasize more and more they want to be anonymous.

As for social media specifically, I think anonymity has not been totally explored. Most social media today is about self-expression, and subtly but even more so, about self-perception management. That is, my Twitter, LinkedIn, and Facebook are carefully managed to represent who I think I am. And it takes a lot of curation. What anonymity does is not just allow us to speak freely; it also allows us to communicate without having to care about self-perception. What I mean is, for example: If you and I sit down and have a conversation, I learn almost as much about myself as I do about you. Because when we’re talking, I’m constantly managing your perception of me, through voice, body language, physicality, emotion. We do this subconsciously, it’s just how humans interact. If you’ve ever thought about or mentioned how you’ve seen a friend with their girlfriend/boyfriend, and that friend acted completely differently, I think it’s often because with their girlfriend/boyfriend they have to manage their perception less, while out in the “real world” they present a different face. What anonymity does is allow us to communicate without having to worry about the face we’re representing. And I think that enables a ton of interesting social engineering experiments and therefore social media platforms. The worry at the end of the day is if people actually only care about themselves and they just want likes on their selfies and pictures of food. It’s funny, the photo app VSCO is a lot like Instagram except you can’t like or comment on photos, and it has NO selfies and NO pictures of food. It’s just beautiful pictures.

Outpour is designed to send positive messages. What place should negativity have in our social interactions (if any)?

Wow that’s a tough question. You know, I don’t imagine a world where no negativity exists, I just think the current Internet world is unbalanced. It’s easy to find negativity, it goes viral super quickly, but there’s no virality around goodness or kindness—until recently, with things like Upworthy. So you know, Upworthy kind of proves there’s a model to appealing to the better part of human nature and still being successful.

But that doesn’t really answer your question. I believe that negativity's best place is in the service of goodness. For example, you can be abrasive and combative in defense of fairness, or kindness, or goodness. Negativity has its place; when you solve problems, you have conflict. But negativity doesn’t have to take the form of meanness—cruelty doesn’t have a place. I believe in kindness, and I really try to act in a way where I acknowledge the presence of other people, and I try to think of other people as brothers and sisters of my time on earth. I also really believe in fairness which means I believe in the concept of “deserving.” So there are a lot of things I’m negative against. But I believe that they deserve that negativity because of the meanness or evil they represent. People should never tear other people down unless those people are tearing them down. Of course the high road is ideal and something you never regret taking—though it may take you days or weeks or years to realize that you did the right thing.

What are you goals with Outpour?

We are going to expand from just writing about phone contacts and friends to writing about things in the world (a restaurant) to any individual in the world (a waiter at a restaurant). The goal then is that every human interaction in the world has the opportunity to be cataloged on Outpour, to be revealed and celebrated. The goal is that we think more often about being kind—so that there is more kindness. And that kindness is not just a 1-to-1 human interaction anymore, but a 1-to-many, because when something good happens, people capture it, reveal it on Outpour, and other people celebrate it. Wouldn’t it be cool if everyone had a permanent record that they were cared about, and that they cared about others? And wouldn’t it be cool if you had all these nice comments written about you, and you didn’t know who they were from—that it could be from anybody?

You know what Calvin, it would. Check out Outpour. Currently it's only available for iPhone. Android users (hiiiiiiii) can use the app sometime next year.