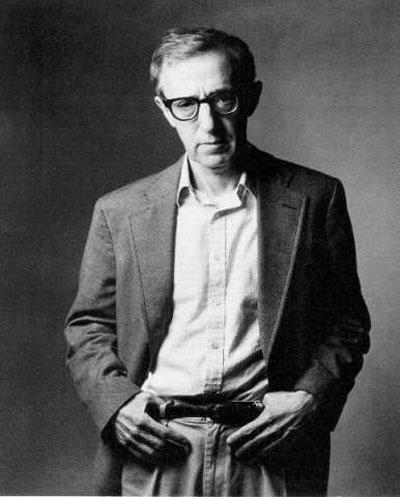 It was announced yesterday that Allen will direct a new TV series for Amazon. Yep, you read that right.

Let’s get one thing out of the way: It’s probably not wise for Amazon, a company recently hailed as a progressive leader for producing a show about a transgender parent, to hire Allen so fresh off another public scandal concerning the possible abuse of his daughter, Dylan Farrow. But more than that, I’m left wondering: Why is Allen apparently off the hook, when Cosby, a comedian also facing sexual abuse allegations, will likely be there forever?

Strangest of all is that the announcement provoked barely a peep from the public. I mean, sure, if you scour Twitter or scroll down to the comments, you’ll find detractors. But the backlash against Allen hasn’t been nearly as scornful as it was when allegations of child abuse cropped up—yet again—this time last year with Dylan Farrow's open letter in the New York Times.

Look folks, I get it—believe it or not, I say all this as a fan of Allen’s work. Back in my high school theater days, we performed Allen’s 1966 play, Don’t Drink the Water, as our fall comedy. At the first table read, we were laughing so much we had trouble making it through the last couple scenes. Since then I’ve been a fan of his work, and though I haven’t been impressed by everything he’s made, I always enjoy his sense of humor.

But back when Farrow, now far estranged from him, stepped forward to remind the public that she believes she was molested by Allen as a child, I was immediately dismayed. This of course wasn’t the first time this had happened to him—I knew there had been some kind of scuffle surrounding his personal life back when I was a kid. I took at least a little solace in the fact that the more I looked into the matter, the less sense I could make of it, but it still hurt to know that someone who had so accurately reflected my own dumb neuroses could very well be a child molester. The details were tangled, but at least we were talking about it. I took a similar stance to the one Hugh Hefner has taken on his friend Bill Cosby: I hope it’s not true. For the sake of everyone involved.

Speaking of which, let’s take a look at Bill Cosby, who is currently the subject of similar controversy. As far back as 2000, women have been speaking up about sexual abuse they claim to have suffered at the hands of Cosby—but the first time around, the public barely batted an eye. When video of comedian Hannibal Buress's stand-up bit calling Billy Cosby went viral in October, coupled with the publication of a biography of Cosby—the contents of which made no mention of all the sexual assault allegations—people flew into a rage. A rage that still, months later, is one of the hottest-button issues in entertainment news.

The difference here is, public opinion has swung in one definite way, and it’s not in his favor. NBC killed the Cosby sitcom it had in progress and Netflix has "postponed" but also effectively slashed Billy Cosby 77, a standup special that was slated to air around Thanksgiving. He's made a few appearances lately, and has been mocked for even deigning to appear in public (not to mention for making jokes that he proooobably should be keeping to himself right about now). Cosby’s been in hot water for roughly the same length of time that Allen has, and yet, can you imagine how bad the backlash would be if he was hired to direct a TV show right now? It seems pretty likely that, considering his age, he could be blacklisted from show business for the rest of his life.

So what gives, Internet? Are we gonna do this whole holding-our-heroes-accountable thing or what? Amazon’s signing of Allen and our virtual shrug at the news essentially says that, despite our big talk on Twitter, we’re not really prepared to back it up. We can be easily distracted with the promise of entertainment, and we might not have really been that mad in the first place. While we may not know where we stand on an issue (and that’s fine; there is no shame in admitting you’re undecided on something!) let’s be consistent in our outrage. Let’s believe that our heroes could be monsters, and let’s believe that their accusers are telling the truth—they’re telling their truth.