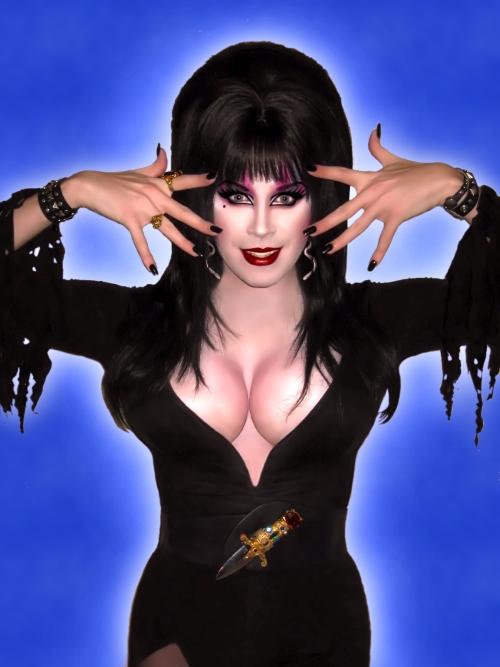 Witches in movies and TV tend to have a nasty reputation for being “evil” (ie, being angry or otherwise not conforming to socially acceptable standards of niceness), “ugly” (rejecting culturally acceptable beauty standards), and for having the tendency to roll in with their crew and generally fuck shit up. That, or they are adorable teenagers with pointy hats who wiggle their tiny noses around and make cute stuff happen.

Historically (i.e. during Salem Witch Trials), “witches” were women whose sexual expression, alternative medicinal and religious practices, or general lifestyle choices deviated from the socially acceptable norm of the time. They were feared for their power to bring about chaos and bust up the social order—which , really, is the whole point of being a witch. Witches aren’t supposed to be cute. They can be, if they want to, but they don’t have to, because witches do what they want. Witches get shit done, and they got a lot of shit done during the great American screen-witch renaissance of the late 80s and 90s. Seriously, it was a thing.

Halloween is upon us—the high holiday of witchiness everywhere—thus it’s time to gather the coven for a celebration of the baddest, smartest and most subversively crazy-sexy-cool witches of all time, ranked in order of respective badassery level.

A teenage witch named Kiki (voiced by Kirsten Dunst) sets out on her own for the very first time and ends up in a very chill sitch working as a delivery-via-broomstick person at a bakery in exchange for living accommodations. Along the way, Kiki meets a cute boy with terrible friends, her BFF4LYFE cat gets boo-ed up with another cat, leaving Kiki alone, depressed, and losing her ability to fly. In order to gain back her flying abilities, she looks inside herself to find inspiration and regain her sense of purpose.

Kiki’s Delivery Service is a family-friendly movie, so no one gets brought back from the dead or cursed by the coven. However, that Kiki gets on the delivery service grind to fulfill her dreams shows she’s a badass-in-training who truly does not GAF about what anyone thinks about her. She gets what she wants.

Jane Spofford, Alexandra Medford and Sukie Ridgemont in The Witches of Eastwick (1987)

Cher, Susan Sarandon, and Michelle Pfeiffer play three witches, unaware of their own magical powers. They end up summoning their version of the “perfect man,” but shit gets real when he turns out to be the devil (played, of course, by Jack Nicholson).

These witches know how to handle their shit, and work together to take this sucker down before he gentrifies the whole town. Things get kind of shady for a minute when the three of them become jealous of each other and vie for attention from this clearly horrible man who is literally Satan, but all three witches get badass bonus points for finally getting it together and becoming living gems of late-80s glory.

Sandra Bullock and Nicole Kidman play two sister-witches born into a family with a curse: every man who falls in love with an Owens woman is doomed to an untimely death. When one of them realizes that the time is fast approaching for her man, Gillian and Sally come together with their witchy aunts (who they both live with in a sexy, witchy coven/commune that looks like the inside of a Pottery Barn) to find a way to break the curse once and for all. They also enjoy a lovely tradition of enjoying margaritas at midnight and languishing in each other’s womanly energy.

When Gillian gets caught up with a scumbag abusive boyfriend Jimmy, Sally helps her escape by “accidentally” poisoning him to death. These two decide to handle this clown themselves because they don’t have time for that nonsense (though in true scumbag fashion, Jimmy ends up trying to incriminate the two sisters from beyond the grave.) There’s also the question of whether Sally and Gillian are actually sisters and not “sisters” and if the movie is really about a house full of lesbians executing justice on the a-holes of the world? Probably Maybe. Yes. Just a theory.

Willow (played by Alyson Hannigan) started out as an unabashed computer nerd and vampire-killer Buffy Summers’ quirky best friend and sidekick, but she eventually became the coolest and most powerful lesbian witch on TV. Or was she bi/pansexual/sexually fluid? No one knows or cares because Willow does what she wants and doesn’t have time for your labels. Though she was born with innate magical abilities, Willow pursues her studies of witchcraft and ultimately becomes Buffy’s main villain when she threatens to destroy the world in a fit of rage when her lady-love is killed. Notable achievements include battling the Hell-Goddess, bringing the universe to its knees, and resurrecting Buffy from the dead like a lesbian Jesus.

Willow had the first lesbian sex scene on primetime television and you could liken her “studies of witchcraft” to a queer feminist awakening that lead her to become the most powerful witch in her dimension who could also fix your computer.

Though she refers to herself as “The Dark Lord’s loyal servant,” Bellatrix Lestrange is clearly the one running Operation: Destroy Harry Potter, and she does not tolerate bullshit from anyone.

Not only is Bellatrix Lestrange one of Voldemort’s few female followers, she’s also one of the most powerful. She escaped from the most vicious wizard prison of all time and she DGAF what you anyone thinks about her. She’s not afraid to fuck shit up because being good is over-rated. It kind of sucks that she was ultimately taken down by Molly Weasley, of all people, but she remains a queen witch supreme.

A young boy accidentally stumbles upon an annual gathering of England’s witches led by the Grand High Witch Miss Evangeline, whose ultimate wish is to turn the world’s children into mice.

Not all witches want kids, OK? Some don’t even really like kids and wish they would all just be mice. That doesn’t make them evil, it’s just what they do because they’re witches. It’s part of the job description. Also, the fact that witches walk around in “normal” human disguises suggests that looking “sexy” is sometimes a form of survival, but when they do people just turn around and call them witches. Just like in real life!

After quitting her job due to non-stop sexual harassment from a coworkers, Elvira learns she’s come into a family inheritance and moves into a small, conservative town to start her life over. Naturally, everyone proceeds to freak the fuck out because Elvira is a total babe who wears/does/is what she wants. The townspeople ultimately try to burn her at the stake, but she manages to escape and realizes she can’t be bothered by these awful people.

First of all, Elvira looks freaking good. Second of all, Elvira understands that people will always be threatened by powerful women like her, especially women who express their sexuality without shame, but she resolves to let the haters keep on hating. She knows she’s hot, but she won’t tolerate anyone who takes the way she dresses as an open invitation for harassment. She’s sexy, she’s powerful, but the people around her just won’t let her live, so she moves to Vegas where she becomes famous and loved by everyone for being the bad witch she is. 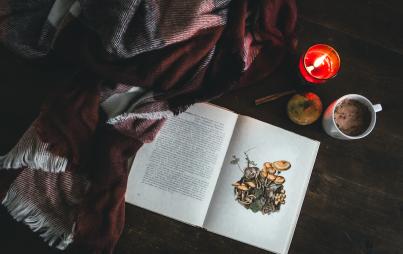 Witches, Here Are The New Books You Need