Gluten: A Story of Love, Loss, And Processed Carbohydrates 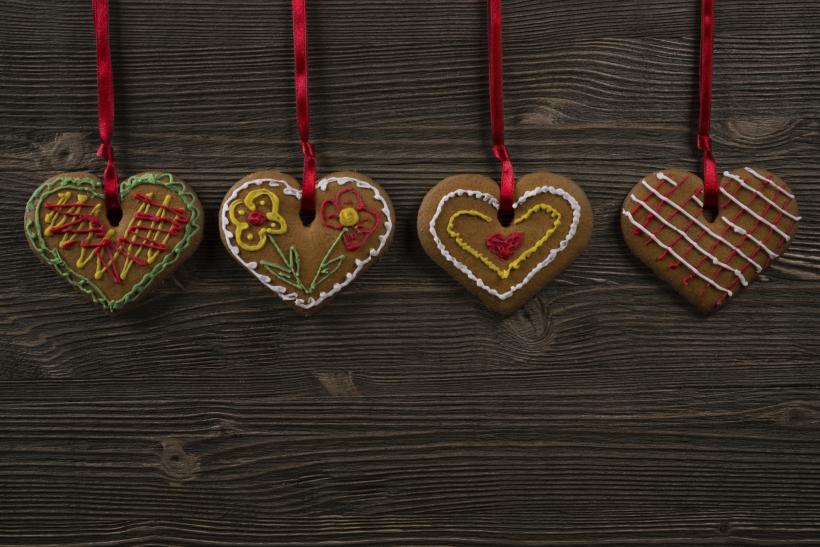 A friend who works in a restaurant told me once that Valentine’s Day is, by far, the worst day of the year to eat out. The long wait times, the over-priced prix fixe menu, the generalized anxiety and excessive cologne that hangs in the air.

In truth, I wouldn’t know, because being on a date makes me vaguely uncomfortable; being surrounded by people on dates makes me vaguely uncomfortable. But I can imagine that it probably sucks for many of the same reasons going out anywhere on New Year’s Eve sucks; Valentine’s Day is one of those ineffable 24-hour periods days that some people like to interpret as a marker for the current status of their love lives, or an indicator of their romantic future.

And some may find this somewhat upsetting, hence the anti-Valentine’s Day movement.

I much prefer the egalitarian format of Valentine’s Day as it’s celebrated in elementary schools nationwide. There’s more even distribution of the candy and standardized cards. There are crafts. It seems like a much more equitable model. I like to think of Valentine’s Day as just another evening on my couch with an assortment of cheeses and confusing sexual fantasies about Jamie Oliver.

I’ll binge-eat chocolatey treats any day I feel like.

The one and only time I’ve been on what could loosely be referred to as a “date” on “Valentine’s Day” with someone I was vaguely “interested” in, I spent the evening picking at a plate of cloudy marinara and oily garlic bread and holding in a fart. I took the majority of my food home in a Styrofoam box so I could “eat it tomorrow,” and then promptly ate the rest of it later that night in my apartment in front of an episode of Chopped. I woke up in the middle of the night to pee and instead puked the contents of my stomach and my soul into the toilet. The sun dried tomatoes were still intact. I barfed again.

This was around the time I was spending large portions of my day holding in farts and experiencing varying degrees of gastrointestinal distress. Most everything I ate made me feel unwell. Not bad enough to go to a doctor, but bad enough to be annoying. The farts were a big part of it. I couldn’t narrow down this feeling to any one thing I ate, because I ate a lot of things and had maintained an impressively erratic eating pattern, so it was hard to tell. Sometimes I ate too much. Sometimes I ate too little. Sometimes I’d eat an entire box of Girl Scout cookies. Sometimes I did this a lot. It made me sick, but it felt good.

Glutinous refined carbs always seemed to make me feel better, until they didn’t. Consequently, there have been large swaths of my life when I always had a sinus infection, and I always felt ill and apathetic. I could barely get out of bed because I’d wake up with headaches that made me think I was dying, but at least Girl Scout cookies didn’t send me angry texts because I didn’t go to their birthday party or missed an appointment. I developed a fairly benign autoimmune disorder and continued feeling like ass, at which point I stopped caring about whether or not I was slowly killing myself with refined carbohydrates because I stopped caring about everything.

I wasn’t actively seeking to treat my body like a walking garbage disposal. I drank all manner of green shit to try to make it hate me less. Juices. Cleanses. On the recommendation of a neckbeard in the Whole Foods vitamin aisle, I made my own kombucha with a mail-order symbiotic colony of bacteria and yeast, which looks and smells exactly how you think it would look and smell. Which is like death. Don’t do this. It made my insides explode in anger and tasted like feet. I went to a doctor who told me how stupid this was and ran some tests and concluded that sweet, sweet, gluten and I must part ways. It was over. I was an anti-gluteite. I ate the remaining gluten-containing foods I had in the fridge, crop dusting my apartment for the last time.

In the 80s rom-com of my digestive system, gluten is the guy in a leather jacket who keeps showing up outside my window with a boombox professing his love for me, but my digestive system is like, “I believed in you. You just didn’t believe in me.” But I’ll never forget the joy that pizza and brownies and all the foods containing refined wheat flour once brought me.

If you like this article, please share it! Your clicks keep us alive!
Tags
anti-valentine's day
Love
Relationships
gluten intolerance
dating
Valentine's Day