The Lion, The Witch, And The Wardrobe—And Feminism? 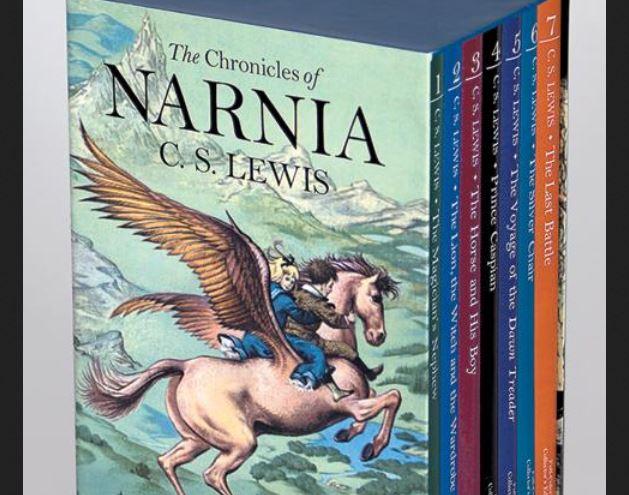 What if Hermione were the main character in Harry Potter? Buzzfeed recently imagined J.K. Rowling's best and baddest witch battling the patriarchy with smarts and fabulousness, outshining Harry in every way. The post is an amusing exercise—but it also, inadvertently, reminded me of that other classic fantasy novel starring a girl fighting against the patriarchy. I'm talking, of course, about The Lion, the Witch, and the Wardrobe, which turns 65 this year.

This iconic book isn't generally thought of as particularly feminist. C.S. Lewis was a conservative Christian with pretty definite ideas about women and feminism. In his sci-fi Space Trilogy, one of the villains is a vicious, homophobic lesbian caricature; another main character grows and fulfills herself by abandoning her notions of independent womanhood and returning to her not-especially-appealing husband.

The Lion, the Witch, and the Wardrobe itself includes some frank sexism. The Pevensie boys, Peter and Edmund, get to fight in battle, but the girls, Susan and Lucy, do not. Susan (like Katniss after her) is a skilled archer, and for her part, Lucy says that she believes she "could be brave enough" to fight. But Aslan, Christ-figure and voice of God himself, replies that "battles are ugly when women fight." As if they're somehow pretty when men do? The logic is not as strong as you'd expect from the deity, perhaps. But the point is clear enough—no women in the military in Narnia.

But while the book is blatantly inegalitarian in some respects, in others it seems oddly progressive. Peter and Edmund may get to swing swords, but Lucy is the real protagonist of the book. It's Lucy who goes through the wardrobe first and discovers the land of Narnia. The others don't believe her at first; they think she's telling tales, or else that she's insane. The first part of the novel, then, becomes an extended moral about how power structures work to silence young girls through condescension, ridicule, and ultimately the threat of the asylum. The moral isn't exactly linked to patriarchy—the person who eventually believes Lucy is the Pevensie's elderly uncle. But the storyline nevertheless has an obvious application to long-standing feminist discussions around abuse, and more specifically, child abuse. From C.S. Lewis' perspective, it's pretty clear that you should believe Dylan Farrow.

Once they do actually get into Narnia, Lucy gets pride of place; she's the one who has been there before, and she's the one (at least initially) who tells them where to go and what to do. "I think Lu ought to be the leader," says Peter. "Goodness knows she deserves it." And then the narrator weighs in to emphasize that, yes, "Lucy proved a good leader." In Harry Potter, you have to imagine Hermione as the central, most important person in the story. But anti-feminist C.S. Lewis goes out of his way to put Lucy in a position of authority, and then to insist that she belongs there.

Making the youngest girl the leader seems like it should contradict Lewis' patriarchal instincts. But Christian patriarchy has, or at least can have, a complicated relationship to authority and power. Jesus, after all, is not a warrior, but a victim on the cross; his message is not supposed to be "rule over others," but "love one another." Lucy does not go to war; instead she uses a magic cordial to heal the injured. That's clearly sexist, as she isn't allowed the same opportunities, and the same honor, that men are offered. But it's also anti-patriarchal, in the sense that the hero of the book, the most important character in it, is lauded for love and healing, rather than for battle.

The upending of traditional patriarchal values is made most clear in the crucifixion scenes. Edmund betrays his siblings to the evil White Witch (an invidious misogynist femme fatale). To save Edmund, Aslan trades his own life; he agrees to let the White Witch execute him. When he goes off alone to present himself to the Witch, Lucy and Susan see him leaving, and beg to go with him. Aslan hesitates, then agrees, because "I am sad and lonely. Lay your hands on my mane so that I can feel you are there and let us walk like that."

In some sense, the girls end up missing most of the important action; Peter and Edmund get to fight and win glory and honor on the battlefield against the White Witch's minions after Aslan is killed. But the book itself doesn't necessarily see that fighting as more vital than Susan and Lucy's actions. It's the girls who comfort Christ on the cross; it's the girls who see him rise again. For Christians, care for the suffering has to be more important than the swords and the battlefield. C.S. Lewis wouldn't agree with Virginia Woolf on much, but in presenting female love as an alternative to male battle, he nonetheless picks up on some of the feminist pacifist tropes of Three Guineas.

Lewis loved the chivalric battles, too—make no mistake. He was no pacifist, even if he seems to realize vaguely (in his reference to "ugly" battles) that his Christianity sits uncomfortably beside his glorification of war. And he was a sexist—just as the Harry Potter series, in sidelining its most competent and interesting character, could be considered sexist. But Hermione is still worth reclaiming as a feminist icon, who shows, almost despite the narrative she's in, that women can be as brave, as heroic, and as important as some guy, even if the story is ostensibly about him. And, for slightly different reasons, Lucy is worth reclaiming too. She's a reminder that the denigrated, stereotypical feminine virtues of faith, love, and peace are their own challenge to patriarchy. Especially when a girl owns them, and takes the lead.

If you like this article, please share it! Your clicks keep us alive!
Tags
the lion
the witch
and the wardrobe
narnia
cs lewis
Harry Potter
feminism
feminist
Lucy
patriarchy
sexism
misogyny
women