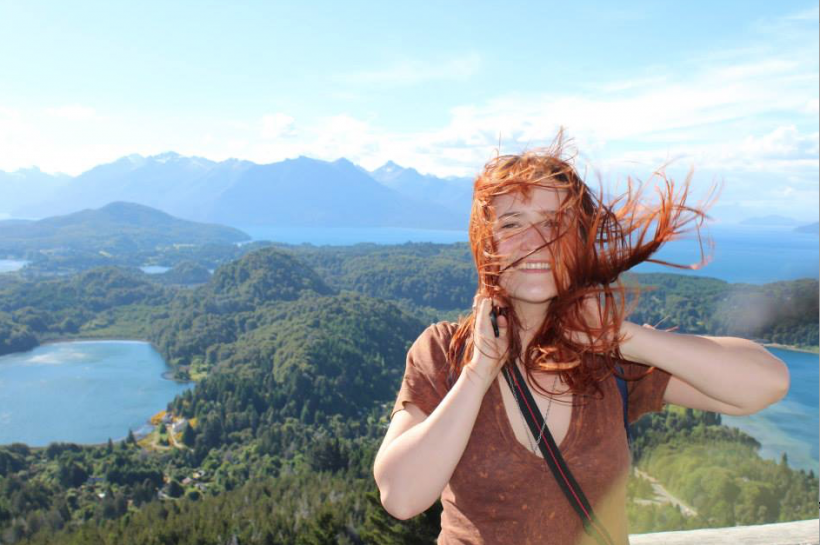 It’s no secret that meeting, befriending, and romancing new people is an adventure in itself when you travel. People tend to be more open, and since time is of the essence, no one feels the need to hold back. Out exploring the world, we are free from our conventional lives and maintaining the appearance of them. But sometimes a rendezvous on the road seems like it could be something more than just a quick roll in the hay.

At least it did for me.

We met in Argentina a year ago. He was at my hostel in Bariloche and I knew the minute I saw him that I had to devise a way to get to know him better. I proposed he join me on a hike to Cerro Campanario, which is one of the best lookout points in the Bariloche area. For the next three days we were inseparable, until I left for Buenos Aires and he further south into Patagonia. For round two, a meet-up nine months later, we were going to reunite in the French Pyrenees. He planned a stellar weekend, renting us a room in the mountains so we could go hiking before going back up to Bordeaux (his home), to what I expected would be a long weekend exploring the region’s famous vineyards. But the truth was that I was thinking of much more than wine tasting, mountains, and amazing sex. In the months leading up to our second meeting, my mind was filled with constant daydreams of him flinging his arms around me, us making out in pretty much every scenic location imaginable (maybe they even had boardwalks in France?). Not to mention the possibility that he may someday ask me to marry him, and then we could live in a pretty pastel house in the French countryside, and I could make fabulous dinners with freshly picked vegetables served with delicious Bordeaux wine, freed from ever having to worry about GMOs again.

Yes, I went there.

In the back of my mind I knew that this elaborate fantasy world didn’t make sense. For starters, I don’t speak French and, as a film director, I’m not in the most telecommuting-friendly profession. Secondly, I’d be thousands of miles away from everyone I love and it’d take awhile to make friends. Third, I’ve never been the type of person to invest her all into a relationship. The idea of a serious relationship sounded great, but when I thought of the day-to-day, all I could think of was how boring it seemed.

So why was I suddenly so eager to abandon my whole life for this fantasy? It seemed romantic and wonderful . . . but made no sense in the grand scheme of my life and the things I wanted to achieve with it.

None of this stopped me, however, from being disappointed when he didn’t participate in my fantasy. The smiles I flung at him while climbing the mountain went unreturned. Every time I tried to sneak a kiss in a clearing, it felt forced. When I asked him where we would go wine tasting, it turned out he hadn’t really planned anything. And when I gave him a longing look at dinner, he avoided eye contact. The more disappointments I endured, the heavier my heart felt. Here I was in France—a place I'd dreamed of visiting for years—and I was spending the entire time feeling like shit about myself. I finally decided to confront him about it. After all, he lived in another country—what did I have to lose? It’s not like I’d run into him at a neighborhood bar again.

After years of receiving elusive texts, unanswered emails, and odd facial expressions—none of which I could ever read—I sat down for my first real, candid relationship talk with a man. He explained that all the things I was doing—insisting on cooking dinner and throwing him all those romantic glances—were making him feel guilty. He didn’t think our relationship had enough substance to be serious, and he’d rather just enjoy it for what it was. As he spoke, I realized he was right, and that even back in Argentina, I'd known we had irrecoverable differences. All we really had in common was that we liked to travel. And that wasn’t enough.

So why was I, the feminist solo traveler, the continuously single career-oriented girl, so insistent on cooking some guy dinner and doing "romantic things"? It wasn’t something I was naturally inclined to do; it was a set of learned behaviors I felt compelled to perform. It hit me that, despite what a feminist I thought I was, I was still a victim of that horrid Byron quote, “Man's love is of man's life a part; it is a woman's whole existence.” Not because I actually believed the quote to be true, but because I’d consumed it in so many forms throughout my life: in films, pop culture, school, everywhere. Even though I didn’t want to admit it, that I was still single at 30 had been gnawing at me. I was wildly attracted to my French lover, so I jumped at the opportunity to get that pesky “finding a man” obligation out of the way. But in doing so, I'd put myself to the side—as so many women had before me.

I realized it was time to start unlearning that shit.

After our discussion, we planned a day trip to the Dune du Pilat and the beach. It was the first time since we met up that I was able to relax and enjoy myself. I stopped looking for him to acknowledge certain things I said. I looked out at the ocean—really looked at the ocean—instead of looking at him and wondering what he was thinking as I pretended to stare into the sea. When I spoke with him, I didn’t ask him calculated questions in an attempt to find out more about him and his feelings towards me. I felt like an enormous weight was lifted, I was done with the burden of not being myself—not to mention the ensuing resentment that came with it. I was able to observe and enjoy my surroundings and my foreign friend, instead of worrying that my situation didn’t mirror what I’d expected it to be.

It’s amazing that I could learn more about the flawed inner workings of my love life in a weekend than in ten years of dating, but travel has a way of accelerating self-awareness, and truth in general. In travel we are better able to escape from societal conventions. We talk to strangers and are willing to do things that we’d never do at home. But that’s just the immediate benefit. The long-term benefits are that we can, for the first time, see the world for what it really is. We can see how we were raised and the kinds of things we’ve been told we have to do—and we can see that none of those things compromise who we really are. Which is to say, those things aren't you. The desire for flowers isn’t you, nor is the perfect wedding shot, or the iconic shot in front of the Eiffel Tower (and it most definitely isn't the selfie you take in front of it). The truth is that you don’t really need to travel, because you always know the truth within yourself.

Travel just has a way of bringing you closer to that truth.