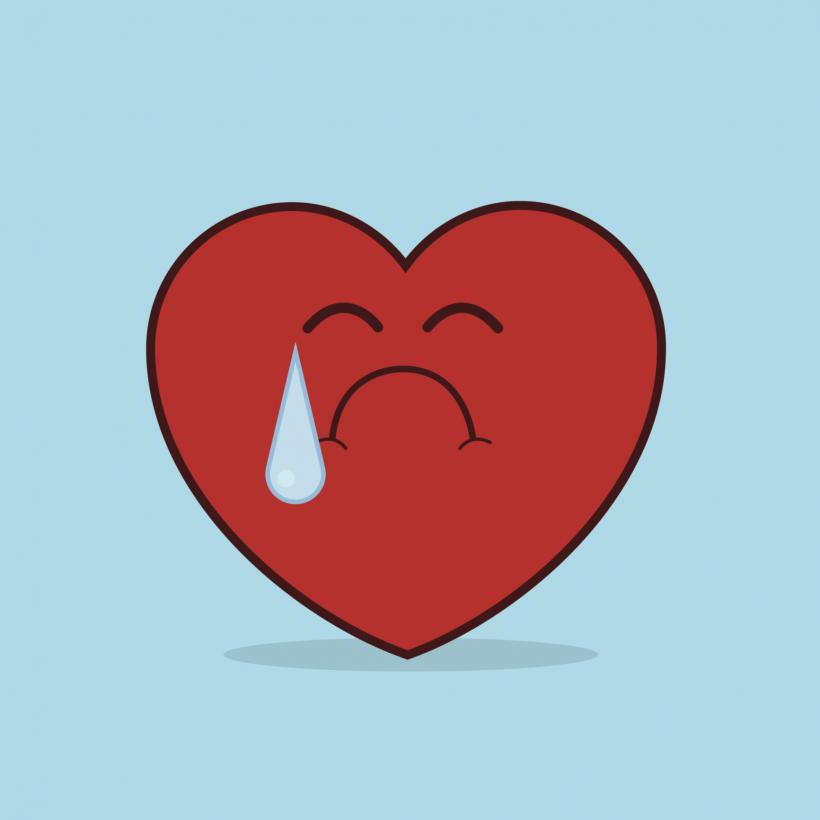 Or, perhaps you're keen to get the office creep off your back and need just the right kind of love-message to send their way. Because saying, "No, I don't really want to grab a beer/catch a movie/go caroling/whale watch/star-gaze/eBay hunt for Beanie Babies with you ever, not even if you were the last person on earth and I was delirious for the sight and touch of another human being" isn't cutting it.

Or . . . you're a left-of-center kind of human and like a bit of kitsch with your kissing. A little snark with your sex. A little retch with your romance.

In short? If you're looking to slay some romance this Saturday night, look no further than this gift guide gathered from the beautiful bowels of Etsy. Who loves you, huh?

I don't know about you but anything resembling a child's toy in the bedroom is a sure-fire genital-clencher. What's particularly nice about this woven elephant head is that it not only horribly absorbs any body liquid and will likely mold, but it transforms a penis OR vagina into an animal's head, so there is also a nice element of bestiality.

This isn't for the faint of heart. You only give this sculpture if you're dead-set on never dropping trou with the giftee ever.

The lunging stances, the grimacing faces, the mid-air hand-job . . . blended together it's like a taunting dare. I dare you to look at that and get aroused. Oh, and it's 14 inches high. That mushroom tip is almost life-size.

3. A Towering Basket Of Inexpensive Candy And Cheap Plastic Crap — $45

Few things make me drier than a monochromatic gift basket filled with high fructose corn syrup dyed red. Not only will this guarantee a stomach ache (which single handedly can kabash sexy-time), but this simultaneously lets your not-lover in on a secret: You don't know anything about them, or care, so a four-inch teddy bear, some peeps, and cheap checkers is just about all the "love" you can muster.

This works best for those who not only love their cars but are also vegans. We're looking for a kind of cosmic overlap here—a dreamy Venn diagram where a vintage car owner is also a Buddhist and believes life is sacred.

Bonus points if you brush on some intense clear epoxy, affixing it directly on the hood, where it's sure to destroy the paint job upon removal.

Ahhh, the undead. Fetid flesh, rotting teeth, the iron-y smell of blood upon their breath and clothes. One glimpse at this lady-zombie clearly bitching about how you overcooked her eggs again is enough to lock up the heart-shop forever.

(Unless you're into necrophilia, in which case I suggest giving this to everyone you want to date or touch ever because that's going to be a hard sell, my friend. And you might as well get that out of the way early.)

Just when you thought romance was going to reign supreme no matter what come February 14th, i.e. D day, we found the pièce de résistance of lust and love squashers.

Watching two neo-Victorian dogs have sex from behind while sloppily tongue-kissing can render the most devoted lover decidedly queasy. Disturbed even.

Every time you whisper, take me from behind, they'll see these depraved dogs getting nasty in the curtained parlor of their mind's eye and collapse helplessly, every glimmer in their eye dead, every tingle in their loin decidedly unavailable.

This is perhaps the strongest $3 you'll ever spend.

When in doubt, Jesus is a great option to kill a mood. Between the repentance, thorns, weeping, and guilt, the tale of the martyred carpenter—albeit a total stud and certainly someone to emulate—is a harrowing one. Oh, and he's also omniscient, and while sneaky public sex can be red-hot . . . I think we can all agree that a bearded father figure boring his eyes into our reverse cow-girl situation is tres uncomfortable.

Add the notion of "germs" being everywhere and one can't help but think of STDs, E. coli infections from ass-play, and the general Petri dish of creepy crawly, sick-making things that is the human body.

This is a classic two-for-one.

Again. This is not for the casual heart-breaker. If you're not looking to decimate romance, turn back now. Not only is it psychotic and delusional—attempting to force someone to love you through black magic—but it's accompanying image is racist in about four different ways.

"The ritual for this POWERFUL Love voodoo spell involves me going to a place of power at the witching hour—on the right day, in the right moon phase, and summoning the spirits who have the power to draw the universal powers of the universe to bring you your heart's desires . . . I will TRIPLE CAST this spell on your behalf with the final cast, not only done by myself, but by my whole coven, to give your cast as much power and potency as possible."

This is the nuclear bomb of love-gifts. Nothing can live after this.

Simple. Clean. Beautiful. This is for the eternal optimist, the happy-go-lucky suitor in your life who needs to be reminded how fucked everything is. And not just in the usual way—what about poverty, child prostitution, and war?!, because those are bandied about like so much candy—but in a special, everything-all-the-way-down-the-line-is-u.g.ly.-and-broken kind of way.

10. A Crocheted "Prisoner Of Love"

Last, but certainly not least, I've included one more bit of crochet because it's such a versatile mood-killer. This one is a mash-up of a children's toy coupled with something you found in your grandmother's attic with a thin sheen of crafting, a powerful trifecta.

This knitted cyclops penis prisoner does a lot of legwork fast.

So there you have it. Go forth and kill Romance. Godspeed.