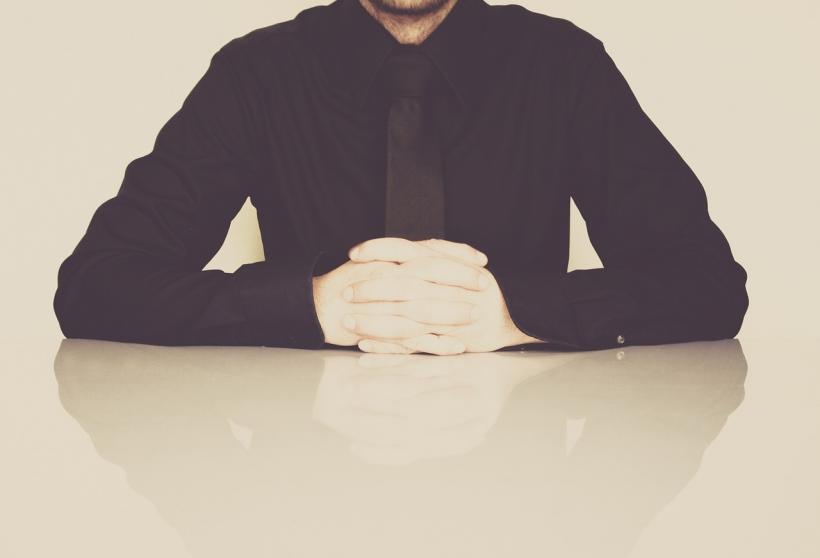 Almost no sentence that includes the words "I'm white, male, and educated," in that order, leads anywhere good.

To this day, I cringe when I remember what I was wearing: Oaklandish T-shirt, jeans, a sweater from the clearance rack at H&M, beaded dangle earrings a friend made for me, and Chucks.

Believe it or not, I thought long and hard about this outfit before wearing it to a job interview. The job posting had been very clear: No boring people. I had already been required to attach, with my inquiry, proof of my individuality (I sent a photo of myself in professional zombie makeup from the set of my film-student neighbor's horror project). I decided that, due to the poster's clear aversion to conventionality, wearing "work clothes" might actually hurt my chances.

What the posting hadn't been clear about, however, was exactly what kind of job I was applying for. It had been filed under the writing/editing section of Craigslist, and the most it really said was that I'd be an assistant to a husband-and-wife team. The rest of it was devoted to listing somewhat outrageous demands, expressed in a condescending tone: Must have personality, but a sincere personality—no trying-too-hard hipsters. Must have a grasp on grammar and spelling above that of a 3rd grader. Sorry if we sound like jerks, we’re just trying to be honest about what we want from an employee. (These aren't exact quotes—it has been six years, after all—but they're pretty close.)

But what can I say? I was a dirt-poor college student just barely scraping by in one of the most expensive cities in the world. I shot off my application and attached the required photo. Shortly after, I got a hit back.

I met Dustin* at the Peet's on 2nd and Mission in downtown San Francisco. We shook hands. He asked me if I wanted something from the bar—but because I was just getting used to this whole job-interview thing and didn't know the etiquette for coffee-shop interviews, I declined.

The interview started out normal enough. He was young, probably in his early 30s; well-dressed and with a laptop in front of him. He asked a few questions about where I was in school and what my goals were after graduation, and things rolled along in a fairly typical manner. But I still had one question hanging over my head.

An answer did not come.

He started talking—and how—but most of what came out of his mouth was information about himself: the kind of guy he was and what I could expect him to be like if I worked for him. The only concrete task I remember him describing was "editing real estate listings," but he insisted that it would only be an occasional thing.

Roughly 10 minutes in, the "interview" had still consisted mostly of his narcissism. Eventually, he loosened up enough to admit that, as much as he regretted it, we live in a racist society that helps white, educated men like him get ahead.

"I mean, I can't help it that I'm white, male, and educated. People act like that makes me some kind of monster."

DINGDINGDINGDINGDING. Alarm bells immediately started going off in my head, and I began scanning the room for signs that I might be on one of those hidden-camera shows that puts unsuspecting citizens in obvious moral quandaries. I didn't really know where he was going with this statement, and there was still a chance he could redeem himself, but c'mon—almost no sentence that includes the words "I'm white, male, and educated," in that order, leads anywhere good.

So what did I do?

I smiled and nodded. Okay, so he's kinda wacko. But he's a wacko who might pay me.

"I can't help it that I was born into this. Yeah, I’ve had a lot of advantages. But that’s not my fault. I can’t help it if I came from a family that could afford to send me to college. That doesn’t make me a bad person," he continued, oblivious to his $4 espresso drink, his laundered sweater, his name-brand laptop.

"I mean, you get it,” he said, looking me in the eye. “You’re lucky enough to be white and educated, and I’ll bet people take you seriously because of it.”

My immediate reaction was to let my gaze drift out the window, onto the passing traffic on Mission. There were so many things about what he said that offended me, but what really made my stomach churn were two little words: "Lucky enough." Not only was I now personally insulted, I had a sudden realization that no paycheck is worth having to work not just alongside, but under a person who, apparently, was only taking me seriously because I was white like him.

Or so he thought.

So what did I do then? I laughed out loud.

I didn't really mean to. The shock of hearing someone so casually admit to a complete stranger that being white made him "lucky," but hey, them's the breaks just sorta pushed it out. It wasn't a hysterical screech, nor was it a hearty guffaw. It was just a short burst of a "Haha!" which I followed up with the truth: "I look white."

The self-important smirk instantly dissolved from his face. "I'm sorry?"

"I’m not white," I clarified, this time in a much more serious tone.

He made a few awkward mumblings and quickly wrapped up the interview, saying he’d let me know when he had made his decision. It took every bit of restraint I had not to flip him off and say, “Have a nice life” as I breezed out the door to catch the train.

But you know what? It doesn't matter what I consider myself to be, ethnically or otherwise. What matters is that this man was terrifyingly comfortable making such an underhandedly racist statement to my face, and worse, that he thought he was absolving himself of racism by admitting that he knew he was born into privilege. What matters is that, oh my God, there are still people out there—and in San Francisco no less, the beating heart of the bastion-of-acceptance that is the Bay Area—who are so sure they are persecuted for being white that they will strike up a conversation about it with any dark-haired, prominent-nosed, bushy-eyebrowed, pretty-obviously-not-completely-white person like myself, as casually as if they were griping about train delays.

I know he thought he was a paragon of progressive beliefs by admitting his awareness of systemic racism, but he completely negated any good that might have done by taking one look at me and assuming I was also white, then attempting to commiserate with me about how hard life is for the privileged few.

Though it still infuriates me to remember it, I'm thankful I went through that experience, and early on in my job search, too. It was the kind of wake-up call we all need sometimes: There are still people who truly believe the only way a person will ever be taken seriously at their job is by being or looking white, and even though they know it's wrong, there's nothing they can do about it so they'll go ahead and take advantage of the power that's been bestowed upon them. While that may be true in many workplaces, we’re never gonna get to a point where people of all colors, beliefs, and backgrounds can be taken seriously in the workplace so long as there are scumbags like Dustin doing the hiring.

He still shows up in my LinkedIn recommendations every now and then, and even today, I'm still tempted to message him:

You know, for someone who bragged so much about their education, you really should have known that Amable is not a white last name.

*Yes, that's his real name, and God I hope he reads this.

If you like this article, please share it! Your clicks keep us alive!
Tags
racism
employer
racist
essay 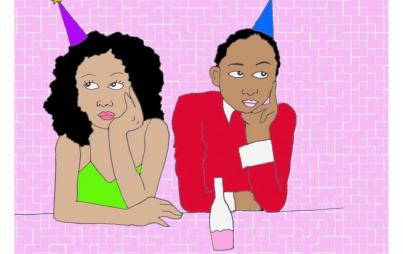 Ask Erin: Am I Obligated To Go To My Office Party?