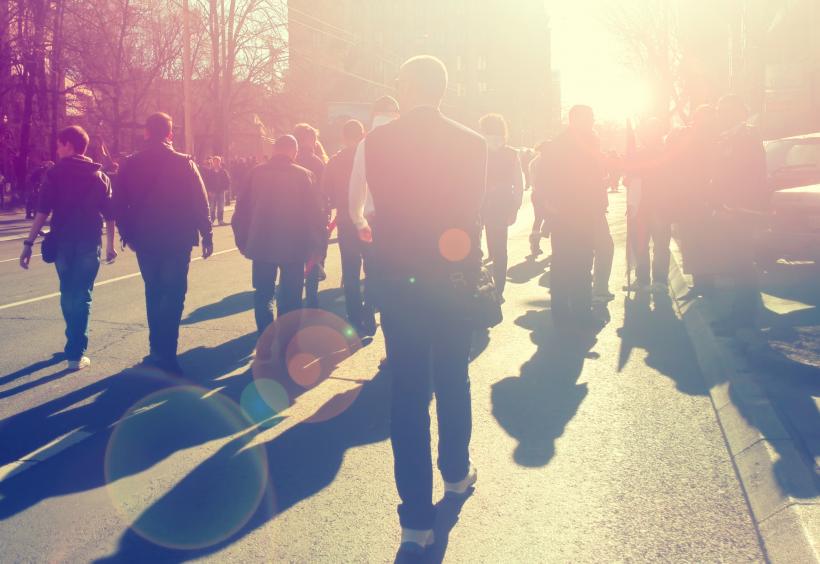 Words mean things, and these words from a Nazi cop harken back to a time of atrocious action.

Richard Spencer, the famed white supremacist at the heart of the white nationalist rally in Charlottesville that ended in a state of emergency and vehicular homicide, is coming here. Richard Spencer is planning on speaking at The University of Florida and riling up tensions here.

And our police department is supposed to protect us from the violence that might result.

But our police department is busy investigating one of its own for public social media remarks such as “Stupid people annoy me. Put them in an oven and deal with them the Hitler way.”

How are we supposed to feel safe from neo-Nazis if those protecting us align with them? How can we trust our PD if that PD can’t even be bothered to vet the public statements made by their force back in the application phase? Who else is hiding these types of views in plain sight?

In case you somehow missed it, the Gainesville Police Department went viral after a selfie of three of its police officers attracted the attention and hilariously lewd comments of women around the country. These officers soaked up the praise, promised a charity calendar and even gave a press conference. But after the photo went huge, Michael Gordon Hamill's social media from years ago surfaced.

In posts from 2011 and 2013, he is seen making oven jokes and calling for people to be dealt with "the Hitler way."

Now he’s suspended with pay while GPD decides what to do. And people are pissed about it. Think about that. Our society is angrier that a white male police officer got sent on paid vacation for making jokes about genocide and the Holocaust than it is that those comments were made in the first place. Some of the most liked comments on the police update are as follows:

“Gainesville PD... take a stand & support this officer.... this was such a fun thing & to let some sensitive crybaby ruin his life is awful!”

“Someone had way too much time on their hands to dig back that many years! Before he was even a sworn officer! Unreal!!!! Sounds like someone has a mad ex out there lurking.”

“So his picture gets posted and all of this past comes back up?? Did someone actually waste their time and stalk the poor guy's page to find dirt on him? Is this what happens to the pretty people?”

It’s never a good time to defend a Nazi, no matter how hot you think they are.

And yet, hundreds of women across the nation think it’s fit to protect Hamill from his own anti-Semitic jokes, invoking everything from the year they were posted to the fact that they were on social media at all. As if there were a statute of limitation on oven-and-Hitler jokes. As if words typed on Facebook don’t actually count as speech.

This is wrong, and it speaks not only to this cop and his followers, but to our nation’s societal fabric in general. It exposes moth-holes long ignored in the back of the closet. We allow for hateful thinking under the guise of free speech, and we justify hateful actions as part of our Constitutional framework.

And we are wrong. This is wrong.

Should the Gainesville Police Department have vetted Hamill’s public social media comments before hiring him? Probably, but they didn’t. And since they didn’t, they had the choice to stand by those comments and be affiliated with them or to stand against them, knocking down their former hot-shot officer. It was a difficult choice, and they went with the old PR compromise.

He hasn’t apologized for the comments. He hasn’t denounced them. And he hasn’t denied them, either.

By suspending Hamill with pay while they investigate these screen shots, they have invoked an illusion of taking action without actually taking action. They have not outlined any disciplinary measures, nor apologized for their lack of foresight in the hiring process. They’ve separated themselves from the comments, but not the officer. They are trying to walk the middle ground. But there should be no middle ground when it comes to death camp talk. Particularly from a member of the community who holds so much power.

Police officers are sworn to serve and protect. Can Hamill do that?

He hasn’t apologized for the comments. He hasn’t denounced them. And he hasn’t denied them, either.

Words mean things, and these words harken back to a time of atrocious action. No matter when they were said, they were still said, and without further comment from the officer, we can’t just assume he’s a changed man because he suddenly became an internet fave.

As this city gears up for a white supremacist rally, our police officers have been working tirelessly with our university officials to figure out ways to keep everyone safe. I need to know for absolute certain that those officers will be protecting the residents here, of all heritage, nationality, and color. And given the events of the past week, I’m not sure of that at all.

We need to do better. We can easily do better than this.

If you like this article, please share it! Your clicks keep us alive!
Tags
racism
privilege
Nazi
Hurricane Irma
cops
viral
Jewish
antisemitism