Can You Stand On The Pageant Stage In A Swimsuit And Call Yourself A Feminist? 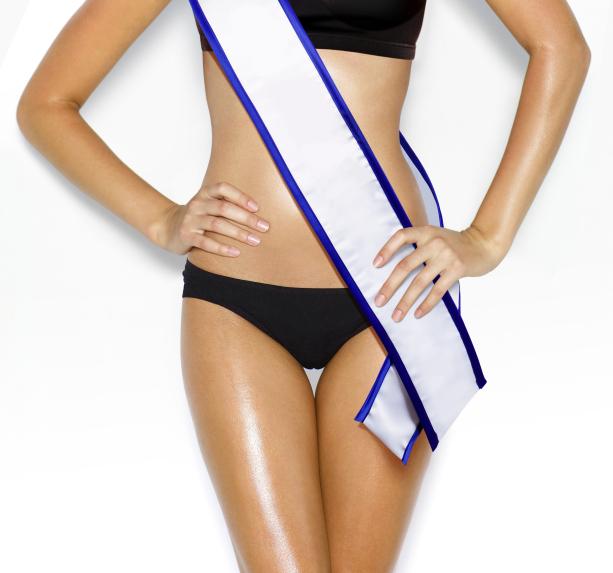 Two years into my pageant career, someone finally recently asked me—how can you justify participating in pageants as a feminist?

Growing up in a conservative community, most of the girls in my circles wouldn't be caught dead in a two-piece swimsuit; it just wasn't proper. Nevertheless, last year I found myself in a bikini, smiling into the bright stage lights of the Miss California USA pageant. This year, I'm gearing up to do the same for the Miss California American Beauty Pageant.

Two years into my pageant career, someone finally recently asked me—how can you justify participating in pageants as a feminist?

"Feminism" is an even more polarizing word than "pageant," but to me, it's simple: Feminism is what you make of it. Personally, I just want the space to be fully me, not the opportunity to make men pay. What I find appealing is the idea of feminism as a way to create parity between the sexes. Emma Watson recently made a beautiful statement on the subject, and I love the passion behind the #HeForShe brand of feminism. Given that definition, I gladly call myself a feminist.

And I have no problem reconciling this with being a beauty pageant contestant.

When I signed up for my first pageant, I was making my living as an actor and model. So the idea of running around on stage in a costume, be it a swimsuit or evening gown, didn't seem at all unusual to me. But was that really healthy? I'd come out of a very conservative culture and entered the crazy world of entertainment, but now, I found myself asking the question: As a pageant girl, was I really moving forward . . . or was I just perpetuating an outdated system?

I wasn't sure at the time, but I'd made up my mind to give it my all and figure out the rest later.

I had decided to compete in the Miss California USA pageant, arguably one of the most competitive states in one of the most competitive systems in the world. Before this, I wanted to practice at some local pageants to see if I could earn sponsorships. I've always been confident, but when I didn't even place in my first local pageant, I was unexpectedly hurt. This was, after all, a competition ostensibly about personality (and largely about looks).

Still, I returned, and two weeks later I found myself competing in a second local pageant. The big day presented a number of unforeseen challenges, and I forgot to eat or drink anything but coffee and energy drinks. Dehydration hit me right in the middle of the interview, and most of what I remember is trying to smile—but not like a crazy lady on a caffeine high. Apparently the judges thought I smiled (and answered) just fine, because I ended up winning.

When I competed at the state level, I encountered some girls who had invested a great deal of their identity in pursuing the title of Miss California. After they didn't win, they wondered if they weren't good enough, pretty enough, smart enough. As I talked with them, I could hear the critics in my head, pointing out that the objectification of women through pageant competition is inherently anachronistic and has no place in an equal society. I knew I was observing the results of that objectification first-hand. But there's one thing those critics don't take into account: We have a say over who gets to judge us and just how seriously we take that judgment.

And here's another thing: As a woman and a feminist, I want the opportunity to grow and challenge myself—and being a pageant girl has helped me do that. At a size 10, I'm not technically pageant material, so by simply participating, I'm making a statement. The frustrating moments, the twinges of covert objectification, and even the financial expense as a pageant girl and a title-holder were worth it when a young woman told me that she was inspired to see someone like me proudly posing for photos alongside runway models.

The part of pageantry you don't see from the outside seat of a critic is the community service, the deep and genuinely supportive female friendships that are fostered, and the professional opportunities that are expanded. Being a pageant girl is entirely what you make of it—just like being a feminist is.

Most people think pageant girls are just looking for a crown . . . and some of us are. But for me, the crown only tells part of the story. So long as I have the opportunity to inspire one other woman, I'll be proudly involved—feminism and all.

Why Arts Should Be A Part Of STEM Education
Chloe Anderson

Can You Stand On The Pageant Stage In A Swimsuit And Call Yourself A Feminist?
Chloe Anderson