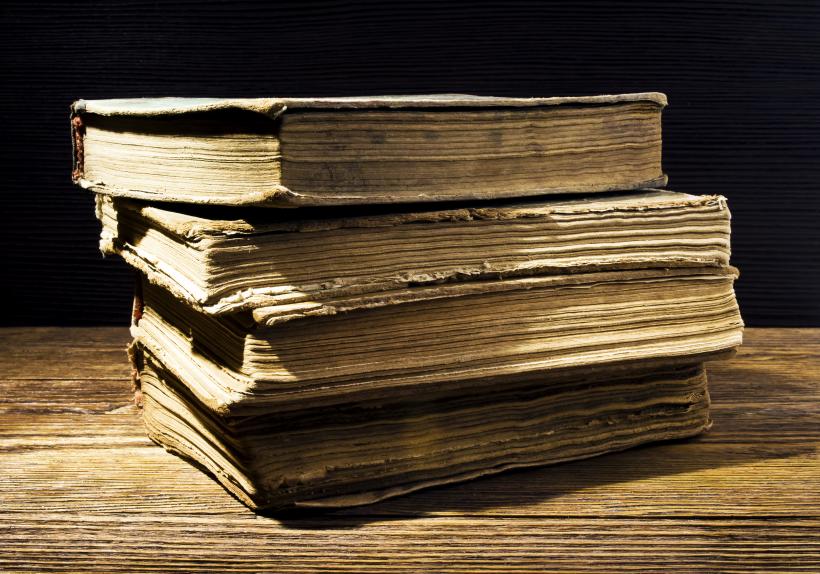 Global experts in the field of black-market bookselling are piecing together clues suggesting ISIS fighters are selling antiquities and rare books to fund terrorism.

The Lebanon Daily Star recently reported that over 2,000 children's books, scientific treatises, poetry, and other non-Islamic works were taken from the Central Library of Mosul in Iraq and publicly burned, sending a powerful message to non-Islamists that any differing political or cultural ideology would be obliterated. The extremists ransacked the library, whose books and manuscripts—some thousands of years old—had managed to survive looting after the fall of Saddam Hussein in 2003, when concerned locals hid books in their homes. Now, ISIS has made possession of such materials a death sentence, and in early 2015, materials were loaded into six refrigerated pickup trucks and carted away. ISIS fighters committed the same acts of "cultural cleansing" after laying waste to Nimrud, once the capital of the Neo-Assyrian Empire, and Hatra, a 2,000-year-old city (and UNESCO World Heritage Site) that managed to withstand an assault by the Roman emperor Trajan in 116 AD.

Yet, this scenario leaves questions unanswered—if the ransacked material was simply to be burned, why make the effort to collect it in temperature-controlled vehicles? It's possible to conclude, then, that many of the books survived the destruction at the Central Library—but not to any altruistic or charitable ends. In addition to Islamic texts, ISIS fighters kept all sorts of culturally valuable materials off the pyre. Although there are few locals willing to publicly speak to verify what's happening, global experts in the field of black-market bookselling are piecing together clues suggesting ISIS fighters are selling antiquities and rare books to fund terrorism.

That said, many books and artifacts were in fact burned—there's footage to prove it. It was probably a question of economics that determined which materials survived and which didn't: "It's likely that ISIS took books with no market value and burnt them," says Andras Riedlmayer, head of the Aga Khan Program for Islamic Architecture at Harvard University. He's seen this sort of destruction and profiteering before. On August 25, 1992, during the Siege of Sarajevo, an estimated 1.5 million volumes housed in the National Library were torched by Serbian fighters. Riedlmayer, a Hungarian native, watched as the world stood quietly by as the cultural legacy of the Bosnian people went up in smoke. When no group came forward to rescue or assist in restoration and replacement, he established the Bosnian Manuscript Ingathering Project, an online initiative whose goal was to find duplicates of Bosnian materials elsewhere in the world. [1] When we spoke in early March about the current state of biblioclasm in Iraq, he was not surprised at the turn of events. "Ideological destruction of material goes hand-in-hand with profiteering," he said.

"Books are frequently burned because they transmit the knowledge of a culture. Therefore, burn the books, burn a community's cultural legacy."

But waging war isn't cheap. Trafficking in antiquities pays the bills, and the trade is as lucrative as ever. Experts estimate ISIS earns $3 million a day, and now has over $1 billion at its disposal, much of it acquired through the sale of antiques. Look at the recent destruction of the city of Khorsabad, an ancient Iraqi city in the heart of the Assyrian empire. Greco-Roman civilization flourished here as well, and the site was once home to countless rare books and artifacts, including the massive statues of human-headed winged bulls that now reside in the British Museum. "Before the dynamite was lit, you can be sure trucks arrived to remove valuable books and rugs to be sold on the black market," explained Riedlmayer. "Every war has an element of looting, and so much of war is about money. It presents opportunities for people to enrich themselves on the backs of other communities."

It can be reasonably assumed that plundering is occurring at sites of archeological or cultural relevance, such as Nineveh, Mosul, and Nimrud, before being destroyed. By laying waste to these sites after looting them, ISIS accomplishes two tasks at once; stealing antiquities to fund their efforts, and reinforcing its ideological propaganda.

All this begs the question: Who's buying? Unfortunately, there's a slimy connection between grave robbers, tomb raiders, biblioclasts, and the glitzy world of billionaire collectors, high-end auction houses, and galleries. (See investigative journalist Peter Watson's 1997 publication The Medici Conspiracy: The Illicit Journey of Looted Antiquities—From Italy's Tomb Raiders to the World's Greatest Museums, where he examines theft and smuggling in the art world.)

Experts like Riedlmayer speculate that Middle-Eastern oil barons are paying small fortunes to acquire priceless manuscripts, which, by their inherent nature of being hand-crafted, are unique:

"These items were endowed to public libraries so that the world could enjoy them in perpetuity. Once the books go into private collections, they effectively vanish. Evidence of previous ownership is easily removed, making it all but impossible to ever recover these books."

And though the actual figures are hard to verify, after the illicit sale of oil, the illegal exportation of antiquities and books is believed to be the second major source of income for ISIS. "Anything that's portable has value. There's an enormous market," said Riedlmayer.

Since 1970, UNESCO has called for a moratorium on antiquities sourced from war zones, but every year, the United States and other countries refuse to participate. While the U.S. isn't the only country turning a blind eye to the importation of ill-gotten cultural treasures, a few so-called "buyer countries" are taking small legal steps to stem the tide. For example, in October 2014, Britain adopted the Export Control (Syria Sanctions) (Amendment) Order 2014, prohibiting the transfer of Syrian archeological, historical or otherwise cultural books and antiquities. (Anything imported or exported prior to May 2011 is excluded from this amendment.) While laudable, Riedlmayer says this kind of law is extremely limited in scope. "This amendment will be hard to enforce. The back channels are open wide, so to speak, and there are always 'good faith' exemptions lawmakers are willing to make, rather than compel a dealer to document provenance." And this amendment only applies to Syria, let alone Iraq or other war-torn countries whose antiques are easily exploited.

[1] A further examination of Riedlmayer and his work can be found in the chapter "From the Ashes" in Nicholas Basbanes' A Splendor of Letters: The Permanence of Books in an Impermanent World. .