The Little House On The Prarie Characters: From The Genocidal To The White Supremacist 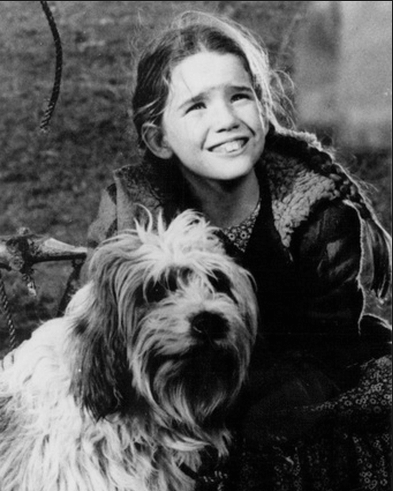 Ma would be higher on this list if she hadn't been openly genocidal.

Obviously Laura is going to come first. She's both the protagonist and author of the story, so it makes sense that the narrative is sympathetic to her. If the books had been written by Mary Ingalls, I'm sure the slant would have been more like: "I have this obnoxious little sister who keeps getting lippy with me. I'm way prettier than her, but I'm not vain about it. I'm also super well behaved except for the times when Laura lures me down the path of sin. My hair is blond."

But even though we know the perspective of these books is subjective, I feel confident in saying that Laura was an objective badass. She was smart, resourceful, and, in her father's words, "strong as a little French horse" (presumably French horses are strong, idk). She hated feeling confined, and was happiest when she was outside doing farm stuff and/or romancing hot older dudes with piercing blue eyes. She often struggled with feeling like she should be a better, more virtuous person, mostly because her natural inclination was to slap people who deserved to be slapped.

Pa was pretty great. He was good with his hands, had twinkling blue eyes, and played the fiddle at night. He was maybe not the world's greatest farmer, but he did his best. He treated his wife like his equal, and clearly valued her thoughts and opinions. He also liked to mess up his hair and chase his kids around while pretending to be a mad dog. And when it was butchering time in the Big Woods, he blew up the pig's bladder like a balloon for Laura and Mary to play with, so basically father of the year over here.

Of course, Pa wasn't perfect. There were lots of times when I wanted to yell "JUST GO BACK EAST AND GET A REAL JOB INSTEAD OF PUTTING YOUR FAMILY THROUGH THIS MISERY" at him. He had a definite libertarian/white supremacist/manifest destiny streak, what with trying to homestead in territory that still legally belonged to the Osage Nation. I mean, sure, he said he respected the Native Americans, but when Laura was all, "But where are the Indians going to go?" he was just like, "Oh, you know. West. They'll just keep going west." OK PA, GOOD CHAT.

On the plus side, he was generally supportive of Laura's wild child ways. Plus he literally made his own bullets, which always seemed weirdly amazing to me.

Dr. Tann was a Black doctor who saved the Ingalls family when they had malaria. He didn't even know them! He just happened to be walking by when their dog started trying to herd him into the house. Inside, he found this weird white family swooning around on the floor so he brought them some quinine and got their neighbor to nurse them. This man is a hero and I would read an entire series called "Doctor Tann on the Prairie." Could someone please get onto writing that?

As mentioned above, he legitimately saved everyone's life during their bout with malaria. And he was a great guard dog. And a cute lil cuddle bug. And remember that time everyone thought he drowned but really it turned out he didn't?

Jack definitely got way better storylines than the cat.

Mary was a sanctimonious jerk for the first few books, but by the end of the series she and Laura were firmly on the same team. After she lost her eyesight due to complications from scarlet fever, Laura became her "eyes" and from then on the two were pretty much inseparable. She later went to live and study at a college for the blind in Iowa, which was especially brave considering that all she really wanted to do was stay home and embroider stuff.

I hope when she was a grownup she felt bad for being such a dick to Laura, though.

HE WAS A WILDCAT FROM TENNESSEE WHO SWAM ACROSS A RIVER WITH CHRISTMAS PRESENTS FOR LAURA AND MARY IN A BUNDLE ON HIS HEAD WHAT MORE DO YOU WANT FROM HIM. 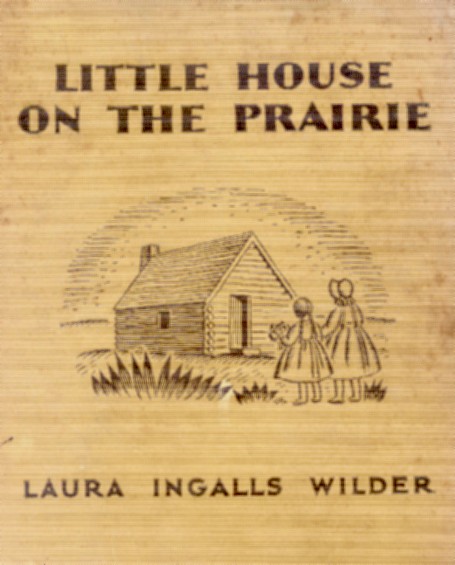 Carrie was fine. I mean, she was kind of a brat in the earlier books, and then had a Beth March thing going on after she almost starved to death during The Long Winter, but she was fine. She was all wide-eyed and innocent and really, really into Laura as a big sister, which I'm sure was as annoying as it was flattering. On the plus side, she was super supportive of whatever Laura did. Also she seemed to try really hard at life. That's weirdly the most complimentary thing I can say about her.

I know she was a classist asshole who made Laura feel like shit a lot of the time, but come on. NELLIE BROUGHT THE DRAMA. Even if Nellie was a capital-m Mean Girl, things always got interesting whenever she was around.

Remember when Laura tricked her into getting leeches all over her legs? SO GOOD.

He had a hot name and a hot body and a really great team of horses. Plus he saved the whole town that time by driving out into the middle of nowhere to get all the grain that dude was hoarding! He also seemed to love and value Laura's mind just as much as he loved everything else about her. And he encouraged her to write!

Did I mention the horses?

I feel like Grace should be in the top 10 since she's an Ingalls sibling, but she doesn't really do much in the books. I mean, she doesn't even show up until By the Shores of Silver Lake, at which point she's a passably cute toddler. I feel bad for ranking her lower than Nellie Oleson, but Nellie was way more interesting. Sorry, Grace.

Remember the Boasts? They were so nice! They were always throwing parties and giving things to the Ingalls and were generally very generous. Then one time Mrs. Boast asked Laura if she'd trade her baby for a cow, which was weird? But probably she was just trying to be nice. I refuse to think ill of the Boasts.

I just got so happy when Laura finally made friends with people who weren't her relatives.

He bought Mary Power all that candy! And I guess he helped Almanzo save the town. But also: candy.

Pa described Uncle George as being "wild" ever since he came back from the war, which I assume is old-timey speak for "PTSD." Probably that's why he carried a bugle around everywhere with him. He was really nice to Laura, though, and danced with her at the sugaring off dance.

Ma would be higher on this list if she hadn't been openly genocidal. Like, she frequently opined that the only good Indian is a dead Indian, which I guess is how she justified stealing all their land and resources. Literally the only good thing she ever had to say about Native Americans was that they were smart about drying corn in the sun. Even Pa, rampant colonialist that he was, occasionally asked her to tone down the racism.

Ma did have some good points—she was really invested in making sure the girls had an education, had formerly been a schoolteacher, and was pro-women working; she basically kept everything running at home while Pa was off working for months at a time. She also owned a china shepherdess that was the weird secret Ingalls signal that a house had become a home. Like as soon as that damn shepherdess came out, you knew Ma had settled in.

18. The Other Laura Ingalls

Totally tried to steal the scene at Grandpa's house. Probably later moved on to full-on identity theft. What a jerk.

If you like this article, please share it! Your clicks keep us alive!
Tags
little house books
little house on the prarie books
laura ingalls wilder