We Need To Stop Devaluing Femininity 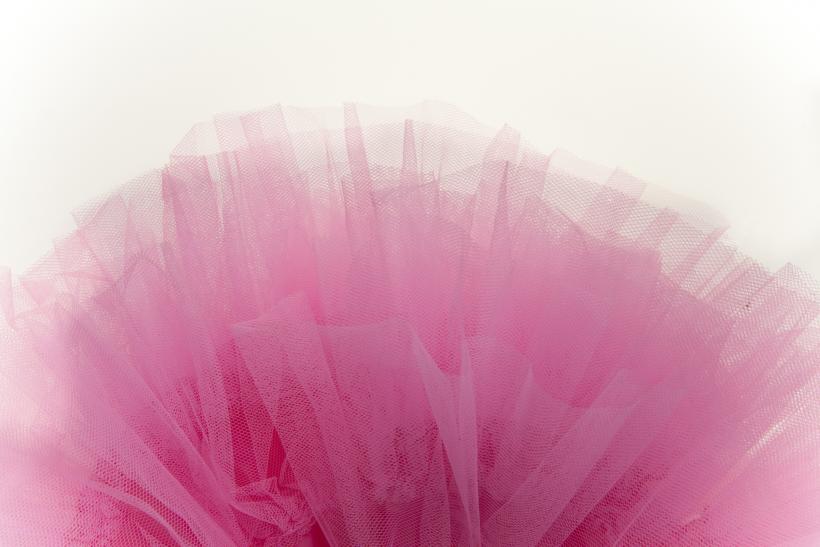 We live in a culture that simultaneously claims to embrace the equality of men and women and at the same time is seriously devaluing femininity.

The message that we consistently send out is that in order to achieve any kind of significant career goals, girls need to adopt traits that are typically associated with masculinity.

A few months ago, my four year-old son went to a classmate's birthday. The party was superhero-themed and the loot bags were packed with cute little superhero trinkets, including temporary tattoos. One little girl, let's call her Izzy, put hers on immediately.

"LOOK," Izzy yelled, running up to everyone in turn. "IRON MAN. SO COOL."

The other children and parents in attendance oohed and ahed over her forearm. Every single one of them showed their admiration and approval for her Iron Man tattoo.

Later, as we parents were watching our cake-smeared kids run around in a sugar-induced frenzy, one of the other mothers turned to me and said, "Isn't it funny that [your son] loves My Little Pony so much? I mean, he's such a boy."

Not really knowing how to answer, I said, "I don't think it's funny. It's a good show."

I've been thinking a lot about this episode, along with all the other weird remarks people have made about my kid's love for all things Rainbow Dash. I've especially been thinking about them since reading sailor mercury's wonderful post Coding Like a Girl on Medium. I've also been contemplating my own internal biases about women and how I view them within existing power structures. And while I know that I'm not saying anything huge or revolutionary here, I'm still going to go ahead and put it out there: We live in a culture that simultaneously claims to embrace the equality of men and women and at the same time seriously devalues femininity.

Little girls are, for the most part, taught that women can be anything. This is a message that we try to instil in them from day one. However, what they aren't taught is that people who dress, think or act in a traditionally feminine manner can be anything. The message that we consistently send out is that in order to achieve any kind of significant career goals, girls need to adopt traits that are typically associated with masculinity. Like, sure you can be a girl and write code, but you can't write code while wearing a dress. You can chair a meeting, but not while wearing sparkly hair clips. You can repair a bicycle, but not while wearing lipstick. Everyone knows that lipstick prevents people from being competent.

The flip side of all of this is that we shame any boys (and, to a certain extent, girls) who participate in activities or behaviors that are seen as being more "feminine." I can't tell you the number of parents I've seen who think they've somehow failed at feminism because their daughters like lace and Barbie dolls; it's much rarer to see the parent of a boy upset because his love of Batman and Star Wars doesn't sufficiently challenge gender roles. This devaluation of femininity is why everyone was fine with Izzy's Iron Man tattoo, but balked at my son's appreciation of My Little Pony. It's less about enforcing rigidly defined gender roles on boys and girls, and more about straight up misogyny. Anything regarded as "feminine" is still seen by men and women alike as occupying a lower status.

We see the devaluation of femininity play out in tons of different ways. For example, as sailor mercury mentions in her post, there's the whole trope of "you throw/run/play like a girl," not to mention the fact that "girl" is routinely used as an insult among boys and men. Women are advised to tone down their femininity—less ruffles, less makeup, less flashy jewelry; more dark suits with clean lines—if they want to be taken seriously at their jobs. And while the backlash against the hyper-gendering of little girls—the ubiquitousness of Princess Culture, puffy skirts and a color palette that veers strongly towards pink—is very much needed, there is occasionally an anti-femme tone that creeps into the discourse.

The thing is, there's nothing wrong with pastel colors or fluffy little tutus; problems arise when we use these things to push certain gender expectations on girls. For example, Amazon sells a "medical kit" that comes in shades of pink and mauve, which is super sucky on one level because it sends the not-so-subtle message that girls need some kind of special girl equipment in order to be girl doctors. But on another level, there is nothing objectively wrong with a pink stethoscope. When people ask "Why can't girls just play with a regular doctor kit?" I always wonder why the pink kit can't be the "regular" kit? I mean, I know why, but it's frustrating to constantly see the more masculine-leaning version of any given toy being hailed as the status quo, while the feminine version is pooh-poohed as being silly and unnecessary.

Gender equality doesn't mean that everything has to be androgynous. It means that all the girly things we've been taught to have such disdain for should be seen as being just as good as all the masculine stuff we self-described patriarchy-hating folks continue to embrace. The way forward isn't to teach girls to be more like boys—that's just the same old patriarchal shit of privileging masculinity over femininity. Instead, we should be teaching all kids that wearing skirts and loving pink and wanting cuddly baby dolls are totally cool and fine ways to be. There's nothing inherently bad about being femme; problems arise when we try to enforce femininity on people as a means of oppression.

We feminists tell ourselves that we're trying to break down the gender binary, which is for sure an admirable idea that should be tackled with enthusiasm. But as we move towards viewing gender as more of a spectrum, we need to make sure that spectrum includes the color pink.