Spring Has Sprung And It's Suicide Weather 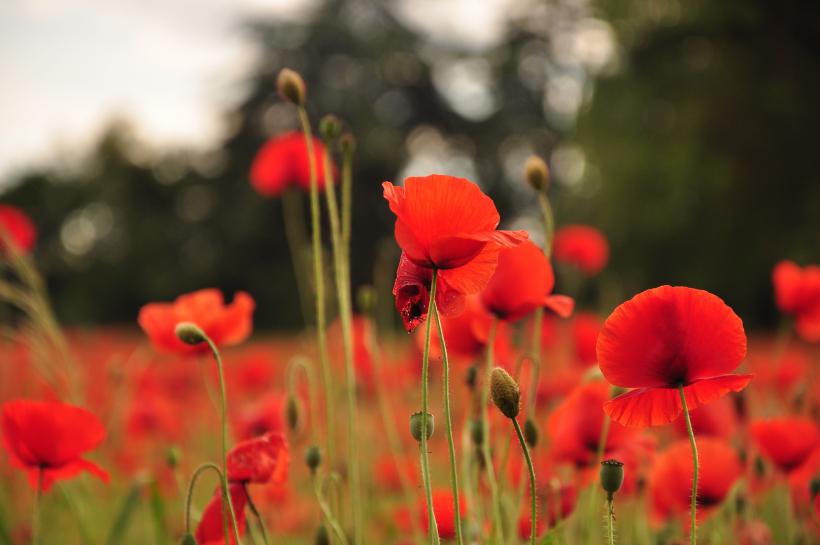 April is the cruelest month. Courtesy of Thinkstock

“It was a spring day, the sort of thing that gives people hope: all soft winds and delicate smells of warm earth. Suicide weather.” — Susanna Kaysen, Girl Interrupted

I was a teenager the first time I read Kaysen's work. She was part of this Depressed Women Writers reading curriculum I was creating for myself, along with Sylvia Plath, Lauren Slater and Elizabeth Wurtzel. I'd struggled with my own mental health since, oh, probably forever, and for the first time I was reading work that resonated with what I felt. I remember the gut punch of that sentence, and the two conflicting tugs of emotion I felt afterwards: on the one hand, I wondered how that springtime rush of hope could ever be anything other than marvelously good, but on another, deeper level I knew exactly what she meant.

People come alive again in the spring. They fall in love. They go to the park, they eat ice cream, they smile at each other with an ease that seemed impossible during the winter. The map of the body flickers and then lights up like an arcade; parts of you that you thought might be dead or at least asleep for good feel a fresh rush of blood. Spring is the season of resurrection and life—Jesus ascends from his tomb, newborn lambs rise shakily to take their first steps, baby rabbits lift their quivering noses to sniff at the tiny blades of new grass.

But spring is also the season of death.

Kaysen had it exactly right when she named the first flush of warmer days suicide weather; statistics show that suicide rates peak in the late spring and early summer. This goes directly against the popular belief that the incidence of suicide increases during the winter, especially over Thanksgiving and Christmas. The notion that people are more likely to kill themselves when the days are cold and dark and flooded with holiday stress is an appealing one, because it seems to make the most logical sense. It's much less comfortable to accept that the time of year we typically associate with light and warmth and buoyed spirits is actually more dangerous for some.

The idea of suicide itself is so deeply unsettling that we want easy narratives to explain the hows and whys of taking one's own life; accepting that those narratives might be inaccurate is frightening and disorienting.

Maybe the latter seems unbelievable to anyone who hasn't ever been suicidal, or else maybe it's just a little too believable and for reasons pertaining to their own personal mental health needs to be disregarded. We like our theories about suicide to fit neatly into the box of, that could never happen to me, and the reality of springtime melancholy is too nebulous to pinned down, categorized and catalogued.

When I was a kid I was obsessed with this book by Zilpha Keatley Snyder called The Egypt Game. It was about a bunch of kids who secretly set up an Ancient Egyptian temple in the semi-abandoned backyard of an antique store. Obviously, with a set up like that, mystery ensues. The protagonist was a misfit named April who wore fake eyelashes, a fur stole and a towering up-do to marvel that of Marge Simpson. One of the other kids' dads calls April “The Cruelest Month” as a sort of literary in-joke, and at the time I was like, yeah, I guess April is a pretty cruel month.

It's always raining, and you feel like you should be able to go around bare-legged in light dresses, but you can't yet. It wasn't until I was in high school that I actually tackled Eliot's The Waste Land and realized that this was a person who understood the aching brutality of spring—breeding lilacs out of the dead land, mixing memory and desire, stirring dull roots with spring rain. Your body is the dead land, and the yearly realization of its potentiality for life and growth is what breaks you; it would be so much easier if the earth would just stay dry and lifeless and you never had to face all the ways you've failed and continue to fail what might have been.

I've been struggling for the past few weeks to articulate why spring is such a difficult time for me. It's tricky to untangle, because there are so many layers of feeling and expectation and memory playing off one another. One component is that it feels more permissible to be sad in the winter; people are supposed to be wretched when the days are cold and dark. Our cultural expectation is that everyone will feel better in spring, so when warmer days creep in and I find myself spending hours in bed paralyzed with grief, my sadness becomes complicated with guilty thoughts of, why do I feel worse.

Connected to this is the worry that I'll waste the summer, that hot, bright days will flash by without my taking advantage of them; how awful to wait for something all year and then miss out on it because of my own inability to get up, get dressed and leave the house. But it's not just that. It's nostalgia and a sick, dreamy longing; it's the crest of the wave when that breath of springtime hope curdles into hopelessness. It's like the moment when you start the first drop on a roller coaster and you feel both the sensation of weightlessness and the plummeting descent.

Things could change; things never change. The latter only ever feels like my fault. Spring is every moment of stunted growth, every false start, every first kiss that ended in heartbreak.

Spring is your hands moving under someone else's shirt, over their chest, how your bodies move together so perfectly in a way that you're certain two bodies have never moved before.

Spring is the memory of all the new beginnings you'll never experience again.

Spring is hope that things will be different.

Spring is the realization that if you can't believe in the possibility of change, then what have you got left?

The crocuses are starting to come up in the little garden plot in front of our building; I can see their little buds nosing through the earth, determinedly pushing the soil aside to make room for themselves. I wore a light jacket for the first time today; my son wore his raincoat and rubber boots. I can feel the rush of the season, that giddy lightness. I can also feel the tugging dread of it. I'm not suicidal right now, but I still feel that awful tingle in the air. Suicide weather.

Grab a moment over the next few weeks to check in with the people you care about. Give them space to feel whatever it is they feel. Offer whatever help you can. In short, take care of each other, my lovelies. This is a hard time of the year.

If you are suicidal or experiencing a mental health crisis, please contact HopeLine (1-800-422-HOPE) or the Crisis Line or your family doctor.

If you like this article, please share it! Your clicks keep us alive!
Tags
spring is suicide weather
the waste land
Depression
suicide
anxiety
why is spring so depressing?
girl interrupted
Susanna Kaysen