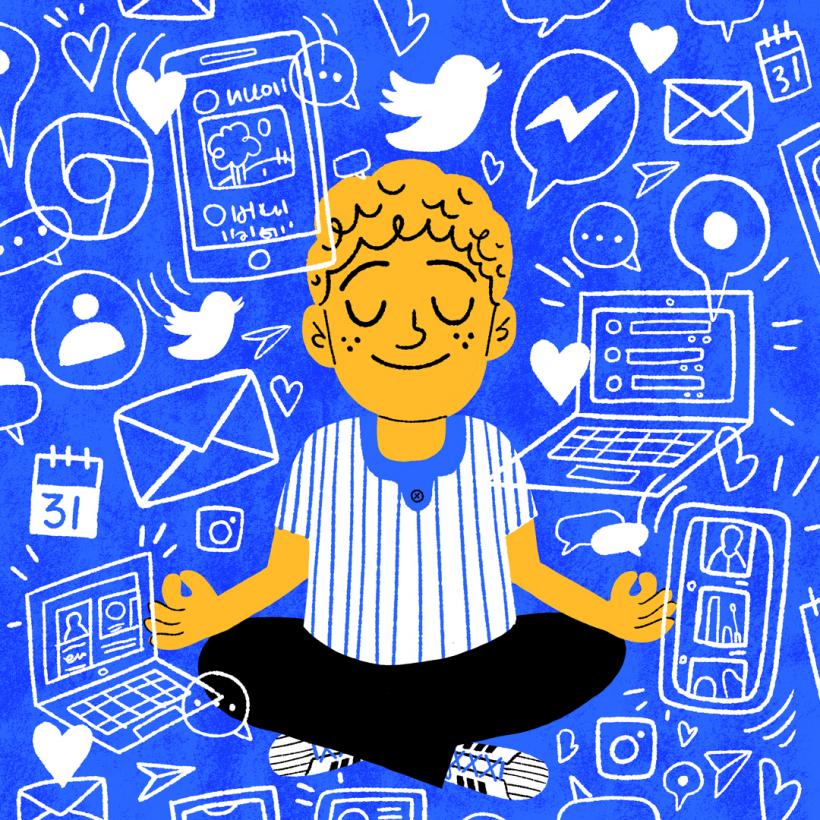 Welcome to Mommamental, the place you come to talk about the things that should have been in the parenting manual that absolutely did not come with your kids (or yourself, for that matter.)

This question is not about my kids. I hope that’s okay.

I have severe anxiety. It's worse when it's quiet. Like when I am alone with my thoughts I start to panic. Really really panic. Why are people always telling me to “unplug?” I don’t think silence is peaceful. I HATE IT. It actually makes me MORE anxious.

Should I keep trying it anyway?

B. I am notoriously terrible at both trying to “unplug” and staying unplugged. A couple of months ago, I decided to give myself a sort of silence challenge. I figured the only way I could really achieve this would be to put myself in a situation where I literally did not have to option to plug back in. No phone. No TV. No Spotify or podcast. No electricity. NO THINGS.

So I went to a sensory deprivation tank.

If you don’t know about sensory deprivation tanks, this is where you pay someone (usually a 19-year-old with a lot of tattoos and wide variety of herbal teas behind her desk) $60 to lay (on your back, carefully so you don’t get salty fire-water in your eyes) in complete silence and darkness in a tank full of water so salty that you float in it effortlessly. This water is, in fact, so salty, that the effect is almost anti-gravitational — like outer space but in water. So, here I was, in this tank of total darkness, for an hour. In silence.

I was ready for my moment of clarity. I was fully open to all that might come to me as I laid in total blackness, deprived of any interaction outside of my pointed toes or outstretched fingers occasionally bumping against the walls of the tank. I was waiting to be transported to the other world the people who gave this place 5-star reviews said was waiting for me.

There was no transport.

Instead of being transported, I thought of my job, my kids, my laundry, the scratches on my back that my kitten had given me the day before that were burning as if, well, salt had been poured into them (because, well, it had.) I tried patterned breathing — in for a count of four, out for a count of six — the same patterned breathing I use when I am failing at silent meditation.

I have a lot of kids (five), which means I am always complaining that my life is too loud. I’m forever saying that I want nothing more than silence, but then whenever I get silence, I turn on a podcast or the TV or music. Which I guess means I don’t really want silence after all.

Here’s the thing, I WANT to want silence. I think this is because our culture makes it all sound so romantic. Like if you could just sit quietly for fifteen minutes, you could fall in love with yourself or some transcendental bullshit. But let me tell you, I was alone in the dark where I could only hear the sound of my own heartbeat (which is shockingly loud, by the way), and nothing happened. I suppose an argument could be made that if I sat silently for long enough it would eventually happen. But nope. I was there for an hour and what I got was pretty dehydrated and mildly panicky.

So, what I’m saying ILN is, enjoy your noise.

To the rest of the world, what I’m saying is this: stop telling everyone they have to unplug to find zen or peace or enlightenment or whatever you want to call the elevated level of supreme consciousness that you believe you’ve achieved.

It’s more important, and more useful, to encourage people to employ whatever modality works for them in their search for solace. Zen can be found in a lot of places. Sometimes it’s in silence. Sometimes it’s in Bach and Biggie. Chopin and Cardi B. Rakim and Rachmaninoff. It’s in laughing kids. It’s in the latest episode of Criminal. Sometimes it’s in binge-watching Great British Bake Off.

Silence isn’t always useful and that’s fine. I’m not saying don’t give it a go, because maybe you’ll eventually really love the sound of your own heartbeat thumping in a pitch black room of salt water, but I am saying, if you don’t like it, don’t force it. It doesn’t matter why you don’t like it. I didn’t like asparagus for 30 years because when I was eight I refused to eat it for dinner so my mother made me eat it for breakfast. I always felt like I had to explain to people why I had such a viscerally negative reaction to something so benign as asparagus. But the truth is, it doesn’t matter. I like it now, but I still hate silence. So there you go.

If you like this article, please share it! Your clicks keep us alive!
Tags
Zen
Meditation
unplug
anxiety
stress
Depression
noise