Float On: Why A Floatation Tank Is The Ultimate Deep-Relaxation Tool 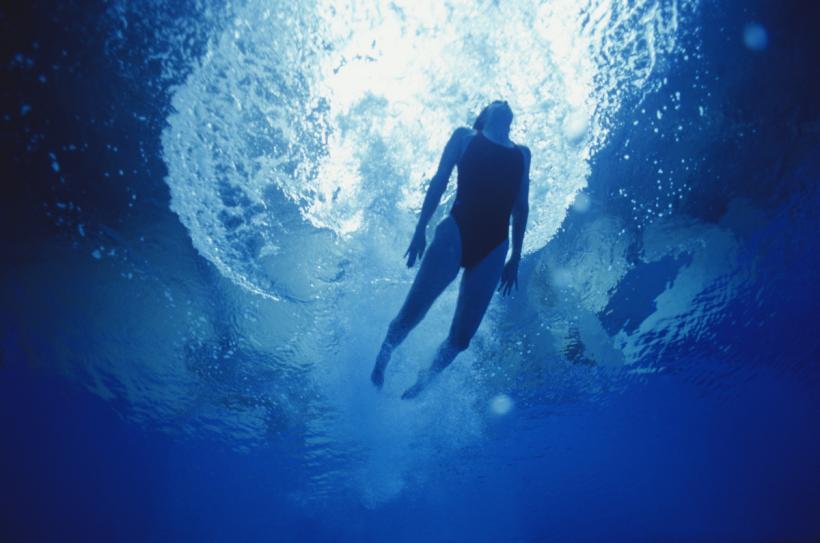 Admittedly a definite luxury, floatation tanks can force you to take a break in ways which you might not normally be able to.

Few things make a body feel better than less things holding it back, be it physical, emotional, or gravitational.

One modern day solution to the chaos around us is to take a float in an isolation tank to block out the whole world and bring yourself quiet, crystal clarity.

Admittedly a definite luxury, floatation tanks can force you to take a break in ways which you might not normally be able to. Our modern culture has become hardwired with social ADHD, depression, anxiety, and general FOMO. A restricted environmental stimulation therapy (REST) tank can force the outside world out for a mere sixty minutes at a time, but that sixty minutes can feel like the entire expanse of time unfolding before you.

Floating in a mere ten inches of water with about — literally — a thousand pounds of epsom salt beneath you mimicking the buoyancy of the Dead Sea, your body is surrounded in silence and darkness with just the sound of the water in the the tank, your own pulse, and breath. While floating far from the rest of the world, ideally your body dials down its responses to stimuli (at about a 10% processing level) and allows you to just exist with your thoughts, for better or worse, while the epsom salt pulls toxins from your body.

"While it can be disconcerting for some during the first visit, REST tanks are a great way to silently meditate and explore your psyche without the guidance of a therapist."

We are constantly overwhelmed with images, ideas, sounds, and threats from the world around us. When we can’t lock ourselves away from these things, it starts to mess with our sleep — our own built-in “killswitch” that turns everything off and allows us to reboot. Floatation experts theorize that one hour of floating in an isolation tank is equivalent to about four hours of sleep in terms of the rejuvenation benefits and rest of the mind. If you’re having difficulty sleeping, an hour in the REST tank can help slow things down and give your body a different way of rebooting, helping with future sleep cycles.

REST tanks can also aid in processing thoughts and feelings for those with PTSD. Laying in water exactly the temperature of your body, your limbs feel as though they go on forever, and that everything is one.

That’s when the thoughts really start to tumble out of you.

Invented by John C. Lilly, a researcher best known for his studies with dolphins after WWII, the tanks were created in the 1950s while he was working with the National Institute of Mental Health. The goal was to isolate the brain from its normal experiences in order to increases its function and capabilities. What resulted was a great tool for self-exploration. While it can be disconcerting for some during the first visit, REST tanks are a great way to silently meditate and explore your psyche without the guidance of a therapist. The tanks can be used to explore concepts visited during group or talk therapy sessions, going beyond the time spent with the therapist and far deeper into yourself than you can typically do in other environments.

Beyond that, floatation therapy has been shown to lower cortisol levels, the chemical produced by stress, as well as blood pressure. Cortisol is especially high in trauma survivors and is also linked to chronic pain. Those fighting anxiety (not just PTSD) and addiction have also benefitted from REST tanks. Most folks use them somewhat recreationally and some have even had hallucinatory experiences while floating.

“I had many types of out-of-the-body experiences,” Quantum physicist Richard Feyman wrote. “One time, for example, I could ‘see’ the back of my head, with my hands resting against it. When I moved my fingers, I saw them move, but between the fingers and the thumb I saw the blue sky. Of course that wasn't right; it was a hallucination. But the point is that as I moved my fingers, their movement was exactly consistent with the motion that I was imagining that I was seeing.”

Even macho libertarian podcaster and eternal skeptic Joe Rogan speaks highly of his experiences with isolation tanks. "I think it's one of the most incredible pieces of equipment for self-help and introspective thought that you could ever find," he told The Atlantic. "It's been one of the most important tools for me in personal growth for understanding myself, how I am, and what effect I do have on other people."

Try out an hour in an isolation tank as act of self-care. While a luxury service just like massage and day spas, REST tanks can also allow for a deeper level of relaxation than just about anything in this world, cosmically elevating your self-care regimen.